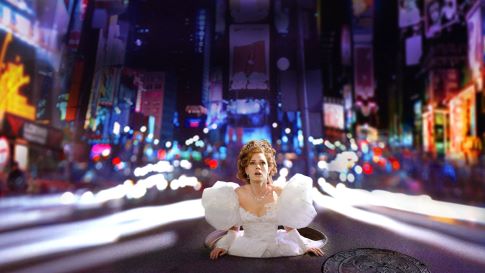 Enchanted is arguably one of Disney’s most self-aware movies: it parodies traditional Disney-esque elements like singing animals and crafty princesses as it tells the story of Giselle, a real princess from the fantasy land of Andalasia, as she accidentally finds herself in the magical land of New York.

And Disney is outdoing itself again, planning a sequel to this movie that questions the real meaning of happily ever after. Enchanted‘s sequel is still quite far from its release date, but here’s what we know so far:

The name of this sequel, according to IMDB, will be Disenchanted.

IMDB also lists that the film is scheduled to begin production in summer 2017 for a release in 2018. 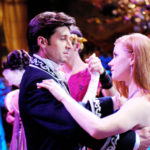 The story, according to Variety.com, will take place ten years after the first movie, showing what happens when Giselle questions her “happily every after.” 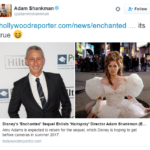 Deadline.com reports that J. David Stem and David N. Weiss have been hired to write the sequel.

Stem and Weiss are no strangers to sequels – they’re also the writers of Shrek 2.

The Hollywood Reporter reports that Amy Adams is expected to reprise her role as Giselle.

No word from Patrick Dempsey, James Marsden, or Idina Menzel yet – but we’re hoping! 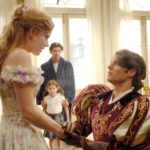 Disenchanted is sure to make waves even before the film is released, so keep checking back for more news!