Disney has always been at the forefront of technology and innovation, but with their program Disney Accelerator, the company actually does their best to support and lead other companies into the future. Previous partnerships have produced amazing results like Sphero’s BB-8 and Imperson’s Miss Piggy and Zootopia chats, and this year it appears that their continued efforts to encourage and inspire genius were met with great success once again.

Disney Accelerator held a Demo Day on October 13 in order to showcase how the 9 businesses they had chosen to incubate grew under Disney’s wing. The breadth of innovation present was astounding; companies like Nom, Ader, Atom Tickets, Pley, and Playbuzz demonstrated forward thinking in the realm of communications, community building, and consumerism, while companies like Hanson Robotics, Jaunt, littleBits, and OTOY showed progress in technological fields like robotics and virtual reality. 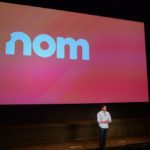 The heads of these companies gave short presentations outlining how far their products have come and how Disney’s assistance will propel them into the future, showing us how far technology might progress in just a few months. In addition, the demonstrations at Demo Day were nothing short of an incredible glimpse into a possible future: Hanson Robotics’ Sophia spoke to guests, Jaunt and OTOY demonstrated various scenes with VR demos, and littleBits allowed guests to interact with simple robots. 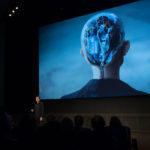 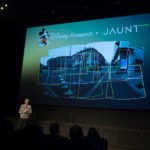 “There’s a lot of innovation happening all over the place, and so instead of just keeping the program narrowly focused on this one kind of extreme of inbound investment, we decided to expand it just across the wide range of investments to make,” said Michael Abrams, Senior VP of Innovation at The Walt Disney Company. Disney Accelerator’s mission is to help “today’s technology innovators turn their dreams for new media and entertainment experiences into reality,” and Demo Day definitely demonstrated the sheer potential possible as these thinkers partnered with The Walt Disney Company. 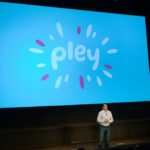 Not every company that applies makes it into the program; Abrams explained their decision process, saying: “it’s about finding people we believe in first, markets and opportunities second, products we believe in third. That’s sort of our filter, if you will.” While profitability seems to be a major aspect of this program – many of the companies they have assisted in the past have been successful – Abrams insisted that “you do not need to be profitable. You do, however, need to have a vision for a business that will be meaningful, impactful.”

In the end Abrams and the Demo Day affirm that Disney Accelerator, like the rest of The Walt Disney Company, is all about looking far into the future, and the 9 companies who demonstrated their progress definitely hint towards a future that’s bright, smart, and empowering.