The California Science Center in Los Angeles is excited to host “The Science Behind Pixar Exhibition,” which demonstrates how science, technology, engineering, and math (STEM) bring the art of simple storyboard sketches to life on the silver screen.

The exhibit, which includes more than 40 hands-on, physical activities and life-size figurines of beloved characters, focuses on each step of the film-making process at Pixar Animation Studios, from modeling and rigging to rendering. This interactive, playful exhibit showcases the creative opportunities in the STEM field through various video interviews with Pixar filmmakers and inspires people of all ages to be interested in science by their love of Pixar’s storytelling. 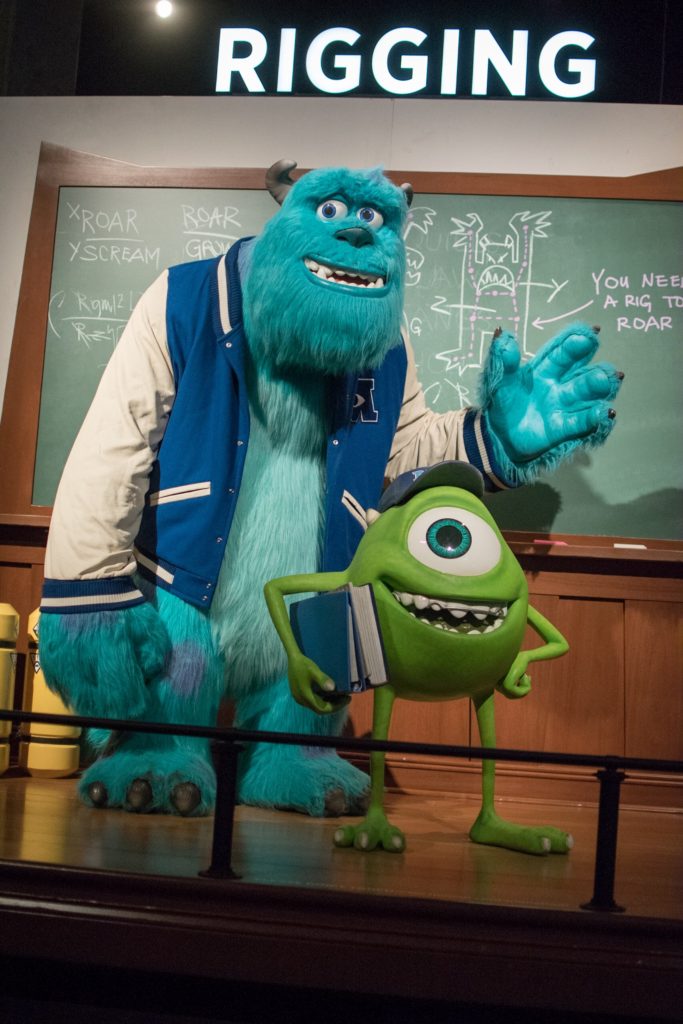 “One of the most important things was not only highlighting the emotional aspects and the art behind the process of making animated films, but also the science behind it,” said Georgina Diaz, Director of Guest Services and IMAX Theater Operations at the California Science Center. “I think a lot of us do not really think about the fact that the animation process takes engineers, mathematicians, and a lot of technology.” 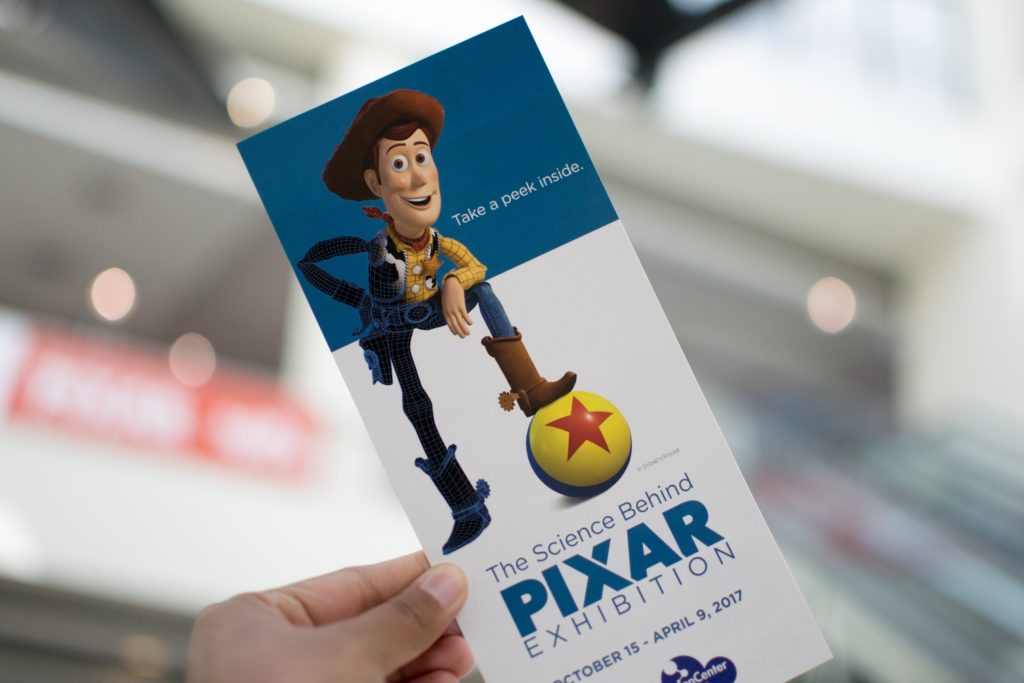 “Back on Brave, the biggest problem was that Merida had this long curly hair,” said Tom Porter, Senior VP of Production at Pixar Animation Studios. “It was critically important to the director that Merida’s personality was shown through how wild, crazy, and vibrant her hair was. The woman who did the work to figure out Merida’s hair basically came to understand that long, curly hair is nothing more than springs that you learn in Physics. This is high school physics that she’s applying to a problem of doing hair in an animated film. So many of the problems we deal with, whether it’s surface appearance or modeling, you actually learn in 6th, 8th, or 10th grade.”

Here are some fun facts about the technical aspects of creating these films and how STEM concepts are applied at every step of the film making process: 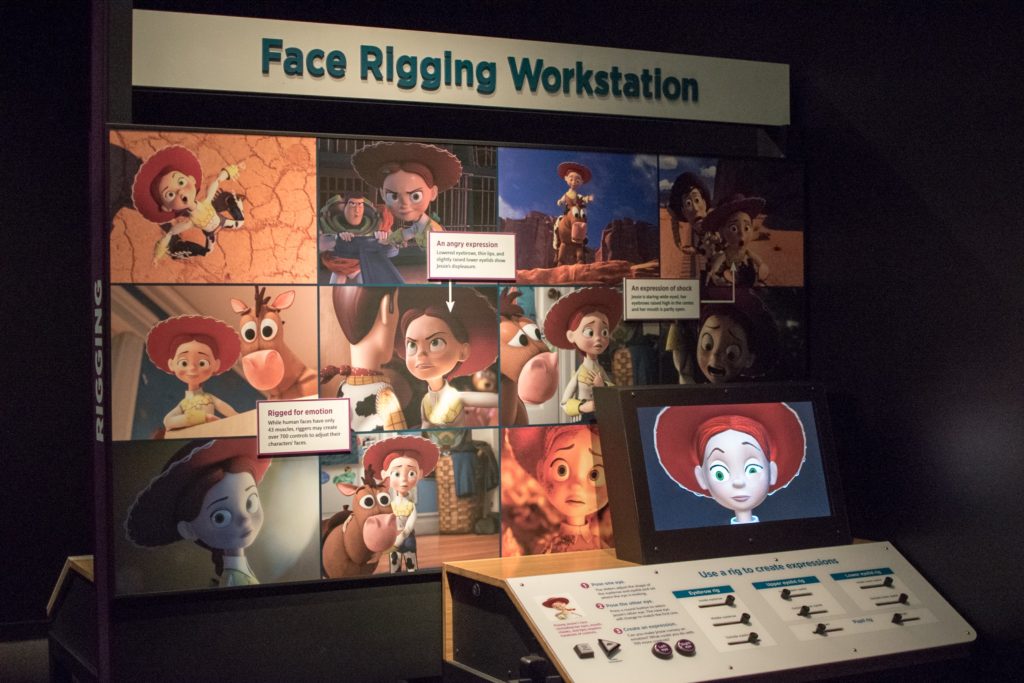 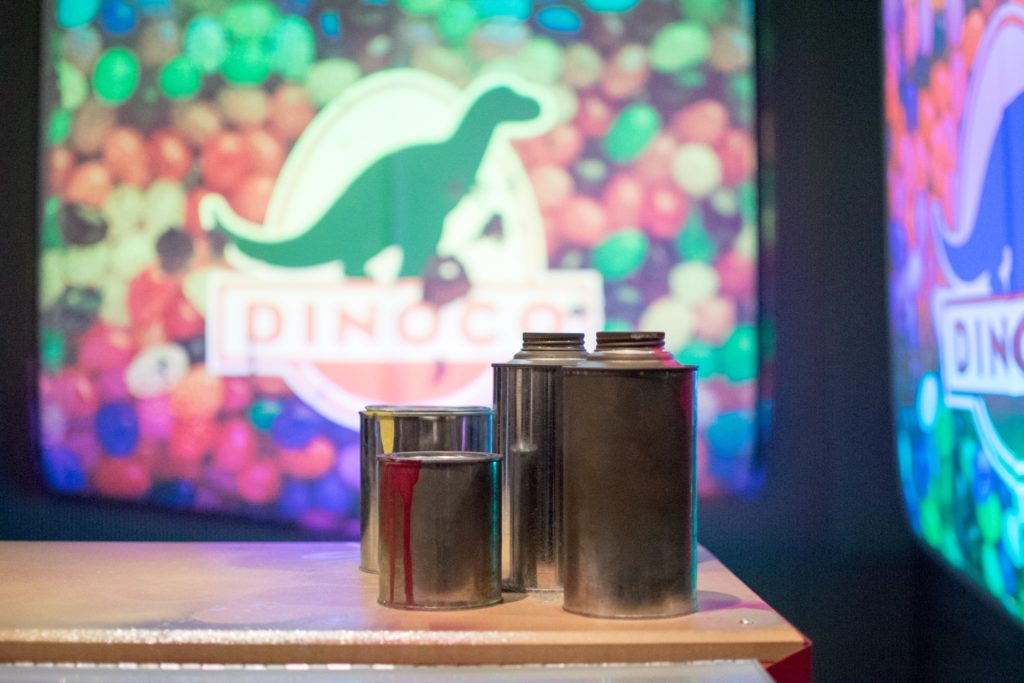 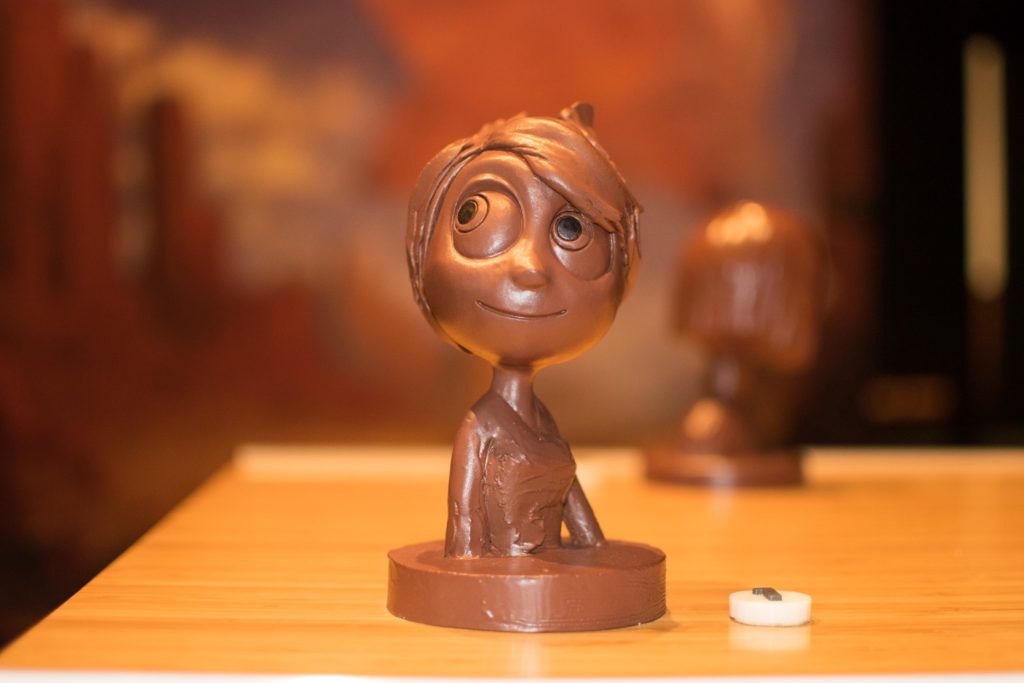 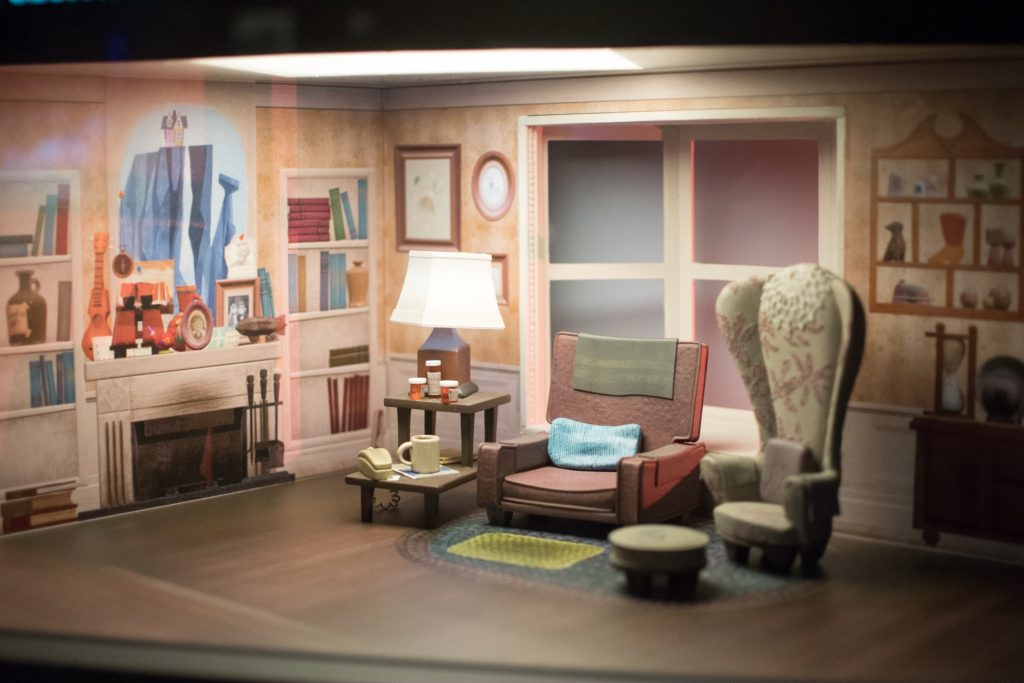 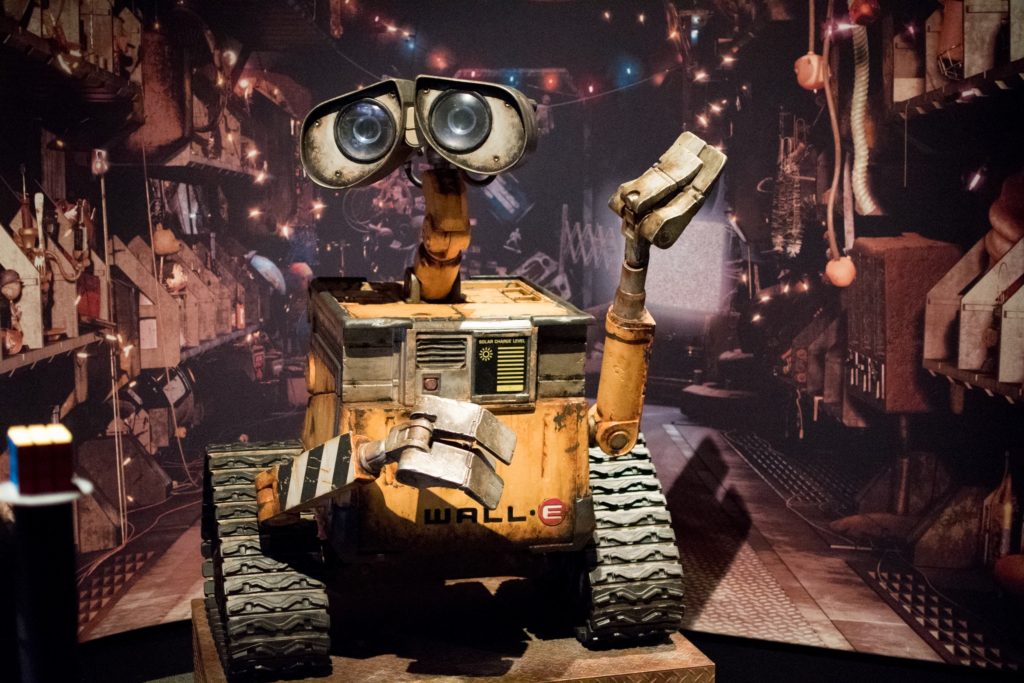 The man who spent his whole career creating this equation, Senior Software Developer Per Christensen, said:

“As we make it possible to make more and more realistic images, the vision of the director also changes. For example, for the stylized toy look in Toy Story, it was perfectly fine to have exactly that look, and the movies are very charming for it. For later movies, like Wall-E, Up, and Brave, the desire was for much more realistic-looking images. I would say that we technical people are enabling the directors to change the vision for what they want the movies to look like. 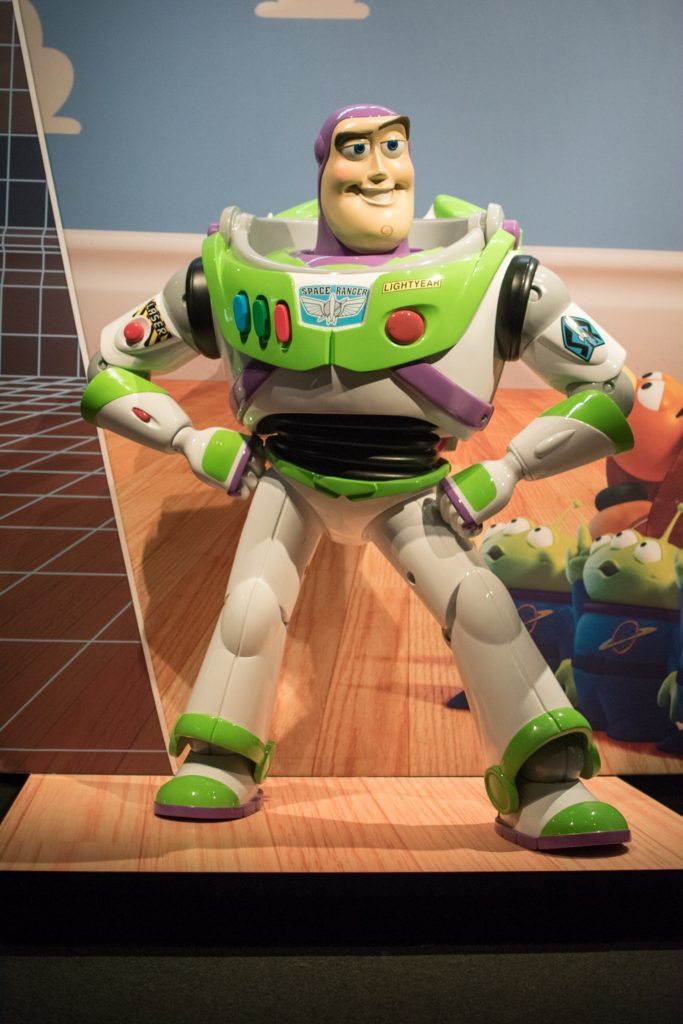 “The Science Behind Pixar Exhibition” was developed by the Museum of Science Boston in collaboration with Pixar Animation Studios and premieres today The California Science Center on October 15, 2016 until April 9, 2017.