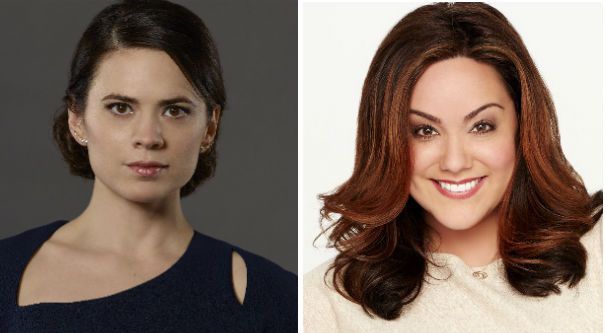 The Disney-owned network has been home to some of the most female-focused programming, including past hits like “Desperate Housewives” and current hits like “Scandal,” to name a few. The network hasn’t slowed down, having women take center stage with upcoming shows like “Conviction” and “American Housewife”.

“Conviction” tells the story of Hayes Morrison played by “Agent Carter” star Hayley Atwell as her new character tries and defends the wrongfully accused get out of jail through re-investigating closed cases. Atwell’s performance is perfect for the role as she blurs the lines between what a different types of leaders can do.

“American Housewife” does the opposite and actually plays to a woman’s feminine side in no shy way. The main character, Katie Otto, is played by Katy Mixon and the show goes into the life of her family that and how she wants for them to live in their own way. By parodying the “normal life” of those typical American families, the series doesn’t hold back, proving that being the odd ones on the block is something to be embraced.

Both shows have women central to its plot, and are prime examples of what women can do in the world of entertainment. Both Atwell and Mixon are stars because they embody their characters apart from them being female. Instead, they focus on being the best memorable personalities the story calls for regardless of gender, keeping away from the stereotypes we’ve seen in shows both past and present.

The initial reviews of both shows have been mostly positive, showing that a global audience even in a woman-focused network, is ready to enjoy more female-starring TV. ABC might be leading the pack in greenlighting these types of shows, but it’s something that we can probably look forward to seeing in more network TV in the near future.