In celebration of Halloween, Disney has released a special version of As Told By Emoji, featuring the fan-favorite film The Nightmare Before Christmas. This episode shows us a shortened, digital version of Tim Burton’s classic movie, and lets us join Jack Skellington, Sally, and other beloved characters as they try to create their own spooky version of Christmas. 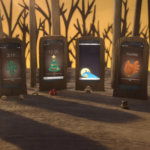 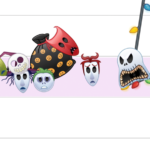 This creative version of the story takes The Nightmare Before Christmas into the digital world, showing the characters as emojis, setting different holidays in different phones, and even making Jack’s flight as Sandy Claws a cute mini game. This As Told By Emoji version will definitely set the tone for your Halloween festivities! 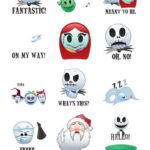 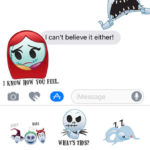 Fans can also download a special sticker pack today, featuring all your favorite The Nightmare Before Christmas characters! Make your Halloween messages even more frightful with these animated stickers. 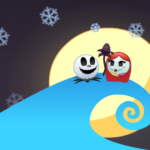 Kick off your Halloween with The Nightmare Before Christmas As Told By Emoji, check out previous episodes like Cinderella and Finding Nemo, and send a few messages with your favorite spooky characters today!