Moana has been met with mixed criticism – comments about character design and cultural references have associated the film with controversy even before its release. 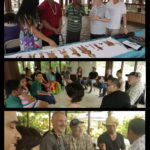 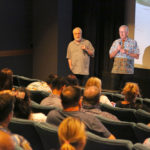 Ron Clements and John Musker, directors of the film, spoke about how Moana was based on research trips to islands like Fiji, Samoa, and Tahiti.

Clements said it was John’s desire to create a movie about Polynesian culture, “that led to about five years ago. We took a trip to Fiji, Samoa and Tahiti, which really, it was the basis of the movie in terms of the connection to navigation, to people’s connection to their ancestry, respect for nature – a lot of those ideas came from that first research trip, and the movie was heavily inspired by that and people that we met have stayed involved with the movie throughout its production process to try to capture as much as we could of all the wondrous things we learned and the wonderful people that we met. 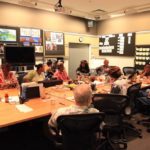 The relationships formed on these research trips led Disney to create an”Oceanic Story Trust” to make sure their cultural references were correct. The trust was made up of all kinds of experts – from tattoo artists to anthropologists to choreographers.

Osnat Shurer, producer of the film, spoke on how the trust was created: “Well, one of the great things that happened when we went on these research trips is we met incredible people, people with knowledge in areas of the navigations, of master tattoo artists, weavers, people and anthropologists and archaeologists as well, and they became kind of what we loosely called ‘Our Oceanic Story Trust.’ We decided that we wanted to make this film together and so we would keep checking in our Trust team – of course, it’s a fictional story. It’s a story from the imaginations of all these incredible people. But we wanted it really to honor and respect the cultures that inspired the movie and so we kept working together.” 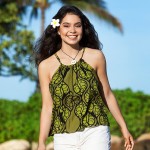 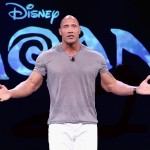 Experts on Polynesian culture can also be found in the cast of the film. Auli’i Cravalho and Dwayne Johnson, for example, play Moana and Maui, the two many characters in the movie. Both are not only talented, but also contributed their own experience and understanding of Polynesian culture to the movie’s creation.

Cravalho and Moana have much in common – most importantly, that both have a deep Polynesian background. Cravalho shared how she grew up in a small town on the island of Hawaii, laughing,  “I literally grew up with pigs and chickens.” She described how Hawaiian culture has always been a part of her life – for example, she is currently attending an all-Hawaiian school where she learned about many mythologies, including those about Maui! Her familiarity with Polynesian culture makes her incredibly similar to her character Moana.

The “Aloha Spirit” is another important aspect of Polynesian culture that affected the creation of the movie. Dwayne Johnson described his personal view of the “Aloha Spirit” and how it applies to the film, saying, “It’s an intangible, that when you get off the plane and you have your feet on the ground there, energetically it takes you to a different place.  That’s Aloha Spirit. And you know, the opportunity that we had, just as Polynesians to be part of a story and to bring to life a story of our Polynesian culture in this capacity with our great partners at Disney, musically with these masters, was just a really, really special opportunity for us.” 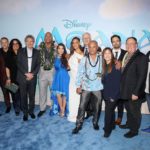 Of course, no matter how much research is put into a film, there will always be doubts about how the finished product will portray culture. Cravalho and Johnson admitted that they felt wary of the movie in its early stages. “There was some hesitance from a lot of people in our culture about, well, what’s going to happen if our culture’s going to be showcased for the very first time on this level, this capacity from Disney? What’s going to happen?” explained Johnson.

The immense work and final version of the film, however, totally quieted these fears.

Opetaia Foa’i, who wrote the music for the film alongside Lin-Manuel Miranda and Mark Mancina, shared his enthusiasm for fellow Polynesians around the world to see the film, saying, “This movie, you know, I said it earlier on, I can vouch for it that our ancestors are happy with this movie, you know, culturally speaking. So there are many other cultures that will see this movie and be interested in the movie. But also there will be Polynesians who were born in the cities who will then start the journey back to the roots. That’s what I’m thrilled about.”

Cravalho was open about her doubts as well as the way the movie was able to dispel them, saying, “I will admit, and I will admit this truthfully, that before I was working on this film I was a bit wary of it, because I think when anyone thinks of someone making a film inspired by their culture, they want it to be done right. I think that’s something that I hopefully can say for both [Foa’i and Johnson] as well. And Disney has done a wonderful job.”

“I can tell you, as Opetaia said and as Auli’i says, with great confidence – and this is my hope, too, as well – that our experience has been – we were in such great hands and anyone who knows John Lasseter knows that he has mana in his soul and in his body,” explained Johnson. “This was a very important project to him, which is why he sent the guys, the boys in, and Osnat on this mission for the past five years to do all the research. So I feel like the Polynesian people are going to be incredibly proud of the movie.”

Screenings in the Pacific Islands 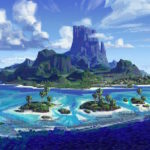 Johnson’s hopes that Polynesian people will be proud of Moana are already coming true. Shurer mentioned that Disney was able to hold screenings in the very villages that inspired Moana’s design, and gain feedback from the people who lived there.

She described one particular moment when a guest of a screening gave their approval of the film: “Literally after our big screening with Pacific Island Community – ‘does anybody have any questions? Put up your hands.’ [Someone said] I just want to talk about the mana in the room and I just, I lost it. That’s been very, very moving.”

From what the cast told us during the Moana press day, Disney has gone farther with research, casting, and feedback regarding to make the movie culturally authentic – maybe more so than many previous films. The cast, crew, and research teams are enthusiastic about how Polynesian culture is portrayed in the film, but only time will tell how the public will react to this newest Disney film.

See the fruit of their hard work in Moana for yourself, in theaters now!