A little over a year ago, the directors, producer, and casting agents of Disney’s “Moana” gathered into a room at their Burbank studio to jump on a video conference call to Honolulu, Hawai’i to make Disney magic happen to one unsuspecting girl.

That girl’s name is was Auli’i Cravalho, but after that call, you could call her Moana.

Cravalho, who just turned 15, is making her movie debut as a Disney heroine. She was casted after filmmakers saw hundreds of young girls vying for the role of a lifetime. She was the last one to be seen on the last day of casting. “I was never practicing or planning for anything,” she told us at the film’s global press junket. “I was the last one, so I was pretty sure I wasn’t going to get the part.”

Life had other plans and after that video call, she was thrust into the world spotlight. And still had to make it to school the following morning.

Before the audition, Cravalho was just the normal high school student from Hawaii. She loved her friends and family. Her passion was to sing as evident in her videos on YouTube. Like most islanders, she loved the water and the island and study of life and nature was her career goal.

“I focused my sights on microbiology because I really enjoyed it,” she said. “My mom always taught me to have a Plan B, so that was it.” Even with her sights set on going to college and earning that microbiology degree, she was increasingly hopeful of what might be – as any teenager would.

The reality is that she is now part of a legacy that started The Walt Disney Company. While it might be an animated one, Cravalho is a young life has immense influence, to which she realizes it’s an immense weight on her shoulders now. “When people ask me if Moana can be a role model, that’s an easy ‘yes’ answer, but when people ask if I can be one, I hesitate to answer because I’m still learning.” 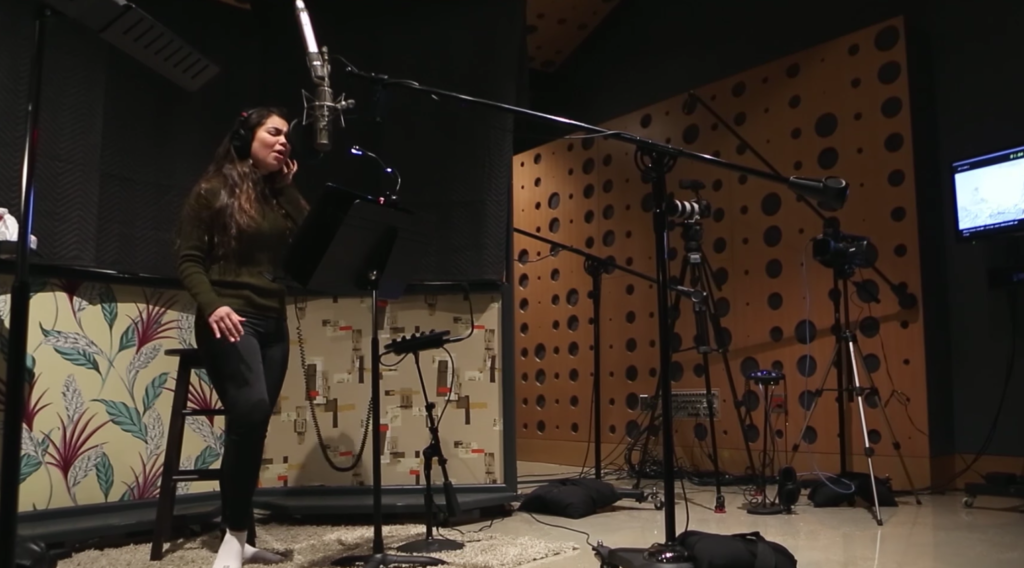 Her learning is coming quickly though with thousands of people already taken by her grace, charm, and youth who follow her on social media. Her followers are already pointing out the uncanny resemblance she has to the Moana herself. Even though the directors told us that they finalized the look of the character before they casted her.

She also is getting a lot of attention since she is both the acting and singing voice of this Disney ‘princess’. “I’m glad that they deemed me worthy of doing both!,” she commented.

Now that the movie is finished and about to be released to the world, the question remained: would she continue in what she liked to call “show business” or pivot back to Plan B? She’s taking a queue from her new alter ego.

Just like Moana, she will be journeying to different places for the film’s premiere in places like London, Toronto, Samoa, and New Zealand. Just like Moana, she’ll be continuing the journey into the world of Plan A and show business with new projects that she can’t announce just yet. And just like Moana too, you can still bet that she’ll be pursuing Plan B, too, with microbiology.

In other words, the casting choice was spot on. She is Moana in every way.

“I hope that everyone who watches this movie realizes the life journey that Moana is on because I’m on the same journey myself.”