“Rogue One: A Star Wars Story” has already received great acclaim as the newest “Star Wars” film. The movie’s engaging characters, compelling story, and emotional ending all contribute to the film’s excellence – but the movie didn’t always start out this way. In fact, early drafts of the film told a very different story.

The minds at slashfilm have laid out an in-depth analysis of how the final cut of the film differs from early drafts, but here are some of the major changes that have made “Rogue One” the hit that it is today.

(Spoilers for “Rogue One” ahead!)

The original title of the project was “Destroyer of Worlds” 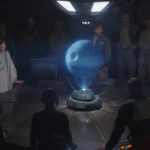 There were aliens on the Rebel Team 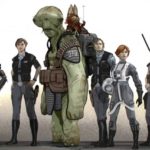 Jyn was always part of the main cast, but early ideas also included Senna, a character similar to Chewie, and Lunak, another small, thief-like alien.

Krennic was going to be an Imperial Spy 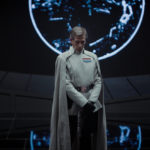 Krennic was originally based off of a small character in “A New Hope”. His original role would be that of a double agent – a member of the Rebel Alliance who reported back to the Empire.

Jyn’s mother was going to be a jedi. 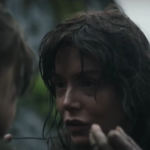 Jyn and her family were originally going to be in hiding because her mother was a Jedi, but eventually this idea got cut in favor of focusing on characters without Force powers.

Jyn was going to survive. 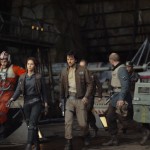 Unlike in the final cut’s devastating ending, Jyn was supposed to survive “Rogue One.” While this ending was changed, one can’t help but wonder what they had in mind for Jyn beyond the movie.

“Rogue One”‘s journey from script to screen was long and challenging, but eventually resulted in a movie that many fans are praising as one of the best releases this year.

Catch “Rogue One: A Star Wars Story,” out in theaters nationwide now!