It’s heartbreaking to say that Carrie Fisher passed away due to complications from a heart attack yesterday, but today we’re celebrating the wonderful things Fisher was able to do in her lifetime. Though many know her as Princess Leia, Fisher’s impact on Hollywood, on writing, and on social justice is just as notable as her famous space princess counterpart. Her life continues to affect many today, and her inspiring stories will definitely live on in the work she was able to accomplish. 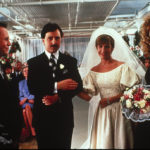 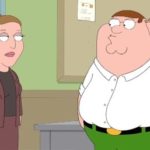 As the daughter of Debbie Reynolds, Fisher was exposed to acting from a young age. One of her first roles, in fact, was the debutante in the 1973 “Irene,” alongside her mother. From there Fisher went on to star in many films and television shows. While her most notable character might be Princess Leia, Fisher’s acting has spanned a wide range: from the Mystery Woman in “The Blues Brothers,” to Marie in “When Harry Met Sally,” to even Angela in “Family Guy,” Fisher has lent her talent to many different genres, styles, and characters well.

Her upcoming films, “Star Wars Episode VIII” (2017) and “Wonderwell” (2017), are two very different movies that are sure to show us what we already know – Fisher’s talent as an actress was incredible. 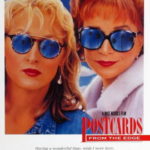 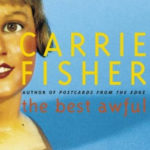 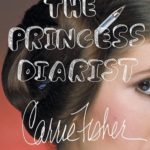 Fisher’s abilities, however, weren’t limited to a screen. Much of her time was actually spent behind the scenes, as a writer. Her screenplays include “Postcards from the Edge” and “These Old Broads,” and she was the script doctor for acclaimed movies like “Sister Act,” “The Wedding Singer,” and “Scream 3.” Fisher’s writing abilities also made it to the stage, as she wrote plays like “Wishful Drinking” and “A Spy in the House of Me.”

Her talent even resulted in fiction and non-fiction novels such as “The Best Awful There Is” and her latest work “The Princess Diarist.” Fisher was unafraid to be auto-biographical, and often included elements of her own experiences in her work. This combination of talent and boldness makes Fisher’s work notable, and definitely worth reading if you haven’t already. 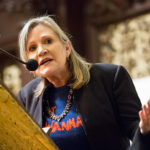 Perhaps where Fisher was the most bold was in her advocacy work, speaking openly about her experiences with bipolar disorder and drug addiction. She often wrote these elements of her life into works such as “Postcards from the Edge,” “Wishful Drinking,” and “The Best Awful There Is.”

This past year Fisher received an Outstanding Lifetime Achievement Award in Cultural Humanism award from Harvard College for her willingness to speak about her experiences.  “I’ve never been ashamed of my mental illness; it never occurred to me,” she said as she received an award. “Many people thank me for talking about it, and mothers can tell their kids when they are upset with the diagnosis that Princess Leia is bipolar too.”

Fisher’s realism and humor towards her experiences have made her not only a cultural icon, but also a source of hope for many who go through the same struggles. Many today can thank Fisher for making the conversation about bipolar disorder and addiction a little easier, and she will surely continue to affect the way people see these experiences for years to come.

Carrie Fisher’s life was sadly cut short by a heart attack this past weekend, and she died Tuesday morning due to complications at 60 years old. But though the world lost a talented actress, author, and advocate, it’s clear that her stories will live on through her work and her words. We celebrate Fisher for her many roles, and hope that generations to come will continue to be inspired by her life.