While it isn’t an official Disney production, “Finding Neverland” is a Tony-winning musical that tells the story of author who penned the fairy tale “Peter Pan,” J.M. Barrie. Based on the 2004 film of the same name, the story is really a retelling of the classic tale as much of it was inspired by Barrie’s own life as a kid.

The musical, first put on back in 2012 on Broadway, has found success with families and children alike. It has kids performing in it, playing the parts of the famous Darling children who are central to Peter’s quest in Neverland. One of those kids playing in the national tour of the musical is named Tyler Patrick Hennessy.

Hennessy is a newcomer to acting, but has been acting already since he was 4. “I’ve done shows around my place, but never as big as this,” he told DisneyExaminer in his youthful voice. “I didn’t think I’d get this!”

In “Finding Neverland”, Hennessy plays John and Michael Darling (in rotation), the kids that Peter shows that it pays off to “never grow up.” He seemed to have done his research on the role too, answering my questions about the fairy tale like J.M. Barrie’s life to memorizing his lines with only 2 weeks to rehearse after getting the part. 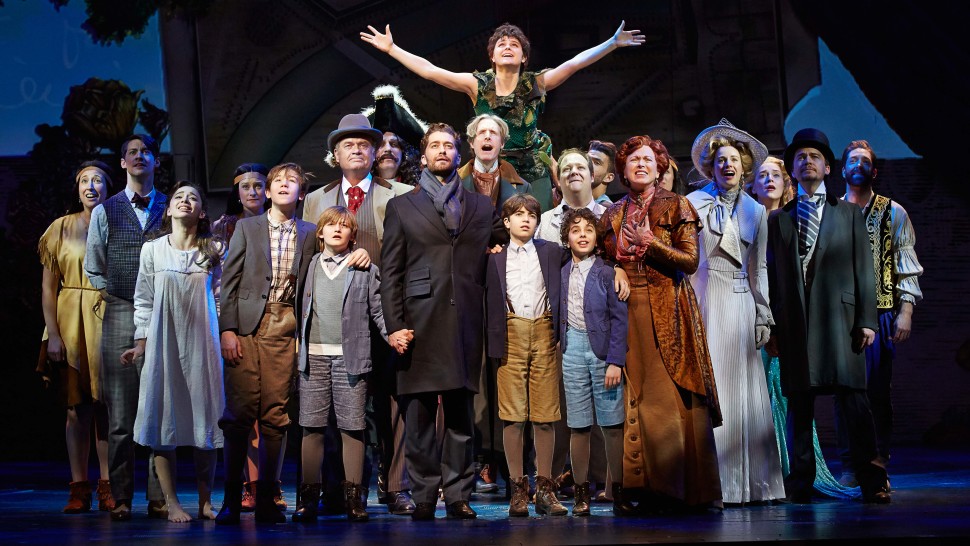 He also sings in the musical and was quick to point out that he loved doing it for reasons other than fame. “I really love singing in the show because there’s this one song where I get to sing with the other boys in the cast,” he said. “They really make me feel like I have brothers.” Hennessy himself has three older sisters.

Still, his sisters were a big influence to him about becoming an actor. “They encouraged me to try for a part [in a local production] that had Peter Pan and Disney in it.” The rest was history, even if it was just a few more years later before getting the “Finding Neverland” role.

His acting, however, doesn’t want to end with Peter Pan roles! When asked about what Neverland is waiting for him when (and if) he grows up, he responded with how any young actor would: more of it. “I really just want to act for people. I just like entertaining people. It makes me happy.”

You can catch Hennessy in the national tour of “Finding Neverland” currently playing at the Pantages Theatre in Hollywood, California before coming to the Segerstrom Center for the Arts in Costa Mesa, California starting March 21.

Our special thanks to Tyler Patrick Hennessy for taking the time to chat with us. Break a leg!