I received my review copy of “Rogue One: A Star Wars Story” a few days ago. It was a tense time as there have been a lot of rumors swirling around what would be included on that disc besides the movie.

A lot of those rumors had to do with the bonus features. Like most Blu-rays and DVDs that have released since the their inception have had many bonus content including deleted scenes. I certainly was expecting to see a lot of the scenes that didn’t make it into the final film, especially after its “extensive reshoots.”

Unfortunately, there are none to be seen on the Blu-ray or digital HD copy. In an interview with Fandango, director of “Rogue One” shared that the scenes weren’t valuable enough to be shown.

“There’s not an individual scene that you can drag and drop and put on a Blu-ray, there are little things that would come and go during the process of post-production, but they’re not scenes,” said Edwards. “They’re more moments within the scenes or a single shot. So it’s impossible to be able to do that, and that’s why the decision was made.”

One could argue that Edwards’ response is a PR statement at its finest. Hardcore fans have analyzed the trailers and found that there were many shots that weren’t included in the final cut. They make up what could have been a very different movie. Why not share that different movie? We’ll never know as that footage will probably never show up unless you’re a Lucasfilm executive.

All is not lost, however, as Lucasfilm did include a lengthy bonus feature film. It’s so long that it’s actually on a separate Blu-ray disk, and for good reason.

Entitled “The Stories,” the 1-hour film dives deep into the process it took to make “Rogue One” from concept to release. You’ll see and hear things like the first pitch of the original film (sans the “original” parts of course), behind-the-scenes footage from the set, and interviews with the stars who played the film’s central rebel spy ensemble.

Beyond that, there really isn’t a reason why you should opt for the physical copy of the film. Save yourself a few bucks and just get it on iTunes or Amazon. It’s still a great buy if you’re a Star Wars fan or if you just really love this first of we hope to be great Star Wars standalone films. 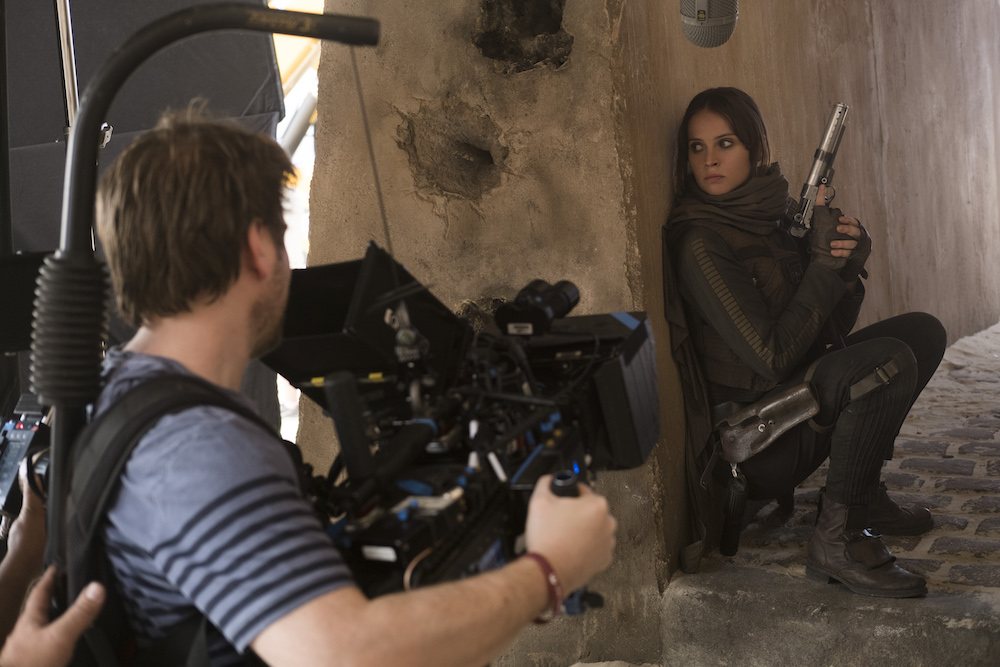