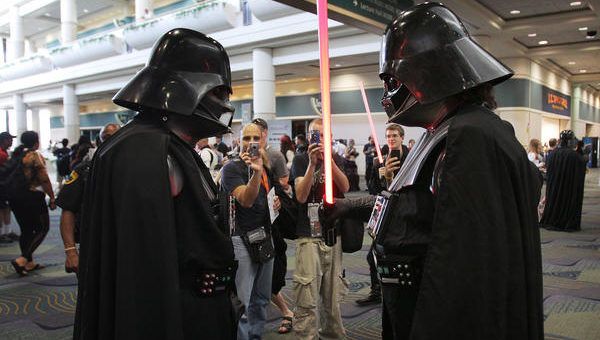 Star Wars Celebration just wrapped up its annual gathering in Orlando, Florida this year. While the convention center floor is now being cleaned up, the new Star Wars news that came from it is still making its rounds to everyone who didn’t get the chance to attend.

Below are the major things you should know packed nicely into list form. Enjoy and may the Force be with you!

1) The upcoming Star Wars Lands at Disneyland and Walt Disney World will be “incredibly real.”

Imagineers touted during a panel that everything in the land will be interactive and rely heavily on what you do during your visit e.g. talking to cast members who are really residents of the town, “real lightsabers,” drinking blue milk, etc. Watch the video that was shown during the panel for even more sneak peeks at the land.

2) The trailer for Star Wars Episode 8 was debuted

“The Last Jedi” is nearly complete and will continue where “The Force Awakens” left off. In addition to the new poster for the film that was shared, director Rian Johnson kept fans guessing what the film will really be about. Read our guess HERE. Watch the full panel below.

The next iteration of the award-winning Star Wars video game will launch this fall full of new features and options to live out your Star Wars fantasies. That includes a revamped multiplayer mode and new characters to play as including those from “The Force Awakens.” Watch the trailer below.

4) “Star Wars Rebels” on Disney XD will end with the upcoming fourth season.

The very popular animated series that has continued building new stories using the extra rich content that fills in gaps between and around the feature films will have its series finale in the fall. While the show is ending, Dave Filoni, the series showrunner/producer said that “this show by no means represents an end to anything we’re doing in animation.” They’re going to be doing a new female-led series called “Forces of Destiny” starting this summer. Watch the full “Rebels” panel below.

With so many Star Wars products coming in the next few years, you can bet that the excitement that Celebration brought fans won’t settle any time soon.