Last year, Disney quietly launched a new subscription box experience they called Ghost Post. They didn’t announce it with a press release or with any big marketing campaign, but it caught the attention of many.

Through a few months and multiple subscription boxes, much of the larger world was hooked for arguably two reasons: it’s relationship to Disneyland’s Haunted Mansion and the feeling that the experience brings.

“We thought, why does the fun have to end when you leave our parks?” said Sara Thacher, a creative director from Walt Disney Imagineering R&D who was responsible for helping create the Ghost Post experience. Thacher broke down what went into making the highly immersive experience at this year’s TEA Summit in Anaheim, California.

Her thought ultimately lead her and the Imagineering team to think about how they could extend that fun and didn’t have to look far for their answer. “When you leave the Haunted Mansion, there’s always a promise that your Ghost Host makes when you leave: that a ghost would follow you home,” she said.

That promise became the premise for the entire experience. With a story now set, the question now became how to actually extend out that fun. The solution came in the form of subscription boxes, which was becoming more popular with consumers. Inside the boxes were small, highly themed items that became the actors for the story to play out. With the help of your readily accessible smartphone, the relatively meaningless items in the box (many of which were cardboard cutouts) had new meaning. 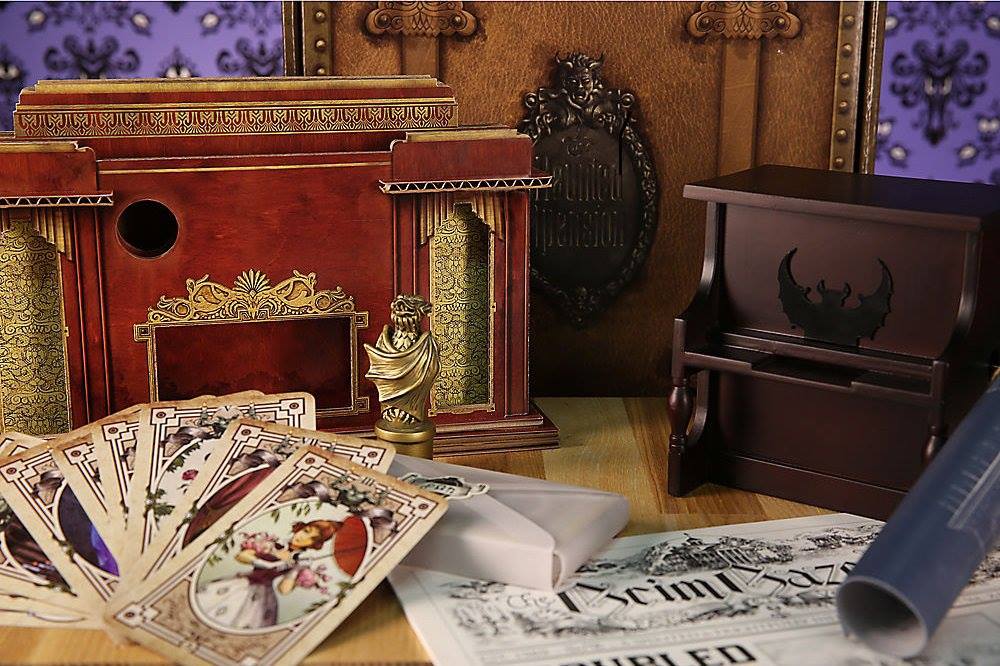 You could experience things like a seance with Madame Leota and listening to your accompanying ghost through the haunted radio smartphone app.

Thacher said, “Through smartphone technology and these items, you could experience what it was like to live life with a ghost with you no matter where you are.”

Ghost Post ultimately became an experience where the haunted fun could be had in places you are everyday, but Thacher and her team didn’t stop dreaming there. It was only fitting that they extend the experience back to its inspiration: The Haunted Mansion.

“With the smartphone in your pocket, it became the key to unlock an extra ghostly world,” continued Thacher. It really was as simple as having your phone with you with the accompanying Ghost Post app to experience the attraction like you never had before.

For instance, you can hear from some of the ghosts that you see in the attraction themselves. Through some otherworldly tech, Imagineers were able to dynamically change the audio while in your Doom Buggy so that the ghosts you see can greet you directly.

After the subscriptions were completed, public opinion on this new type of themed entertainment was positive overall. “We saw so many great social media reactions throughout…and to think that all of these grand expressions can from some small souvenirs and your smartphone.”

With the success, Thacher couldn’t confirm if Imagineering was working on a similar experience for the future, but she did share that the team learned a lot. “We believe there’s a future in this new type of immersive storytelling,” Thacher concluded. “It confirmed our suspicions of how great people would feel if our theme parks came to them.”

These are just a few of the surprise-and-delight moments that touring guests and hardcore Disney fans could engage with a popular Disney story and even take a piece of it home.