Randall Park from “Fresh Off the Boat”, Ken Jeong from “Dr. Ken”, and Chloe Bennet from Marvel’s “Agents of S.H.I.E.L.D.” were on hand to accept their visionary awards while speaking the praises of the network their current shows are on.

“A lot has changed so far as how the show was viewed.” Park told DisneyExaminer. “ABC took a risk and the first year of the show wasn’t all that pretty.” Park cited the backlash that the show got from criticisms of its title to what people thought of as stereotypical storylines.

He continued, “But the renewal of our show three times now signals that the network really have a pulse on exploring diversity among the risks. They benefits are mutual when you think about it.” Ratings for “Fresh Off the Boat” have held steady in popularity since the show’s debut back in 2015.

Jeong’s show, which has been renewed twice by ABC, credits his show’s success to Park’s show. “We have a lot of gratitude for Randall and “Fresh Off the Boat,” he said. “He paved the way for us to get picked up and keep going for two season now!”

While Bennet isn’t playing in a full scale Asian American sitcom, she is one of the female leads of one of ABC’s most successful shows that has ties to Disney’s most successful franchise. “ABC has given me a platform to show off who I am,” she said. “I never saw people who looked like me growing up on TV, but that’s happening now and I’m honored that I’m part of that change.”

All the honorees firmly believe that a large amount of progress has been made at improving the image of Asian Americans in Hollywood, but they also believe the intentional work must continue.

Bennet continued, “Success on TV is really inclusive of age and race, so when these opportunities come along, Asian American females should continue to take them!”

Park also emphasized that monetary support shouldn’t be the only way that networks like ABC should lend. “There value in using Asian American talent. I hope that networks continue that there’s value in us. If they don’t, it’s bad business,” Park said laughingly.

Learn more about the gala and the work of East West Players by visiting their website.

Our special thanks to EWP for allowing us to cover their gala! 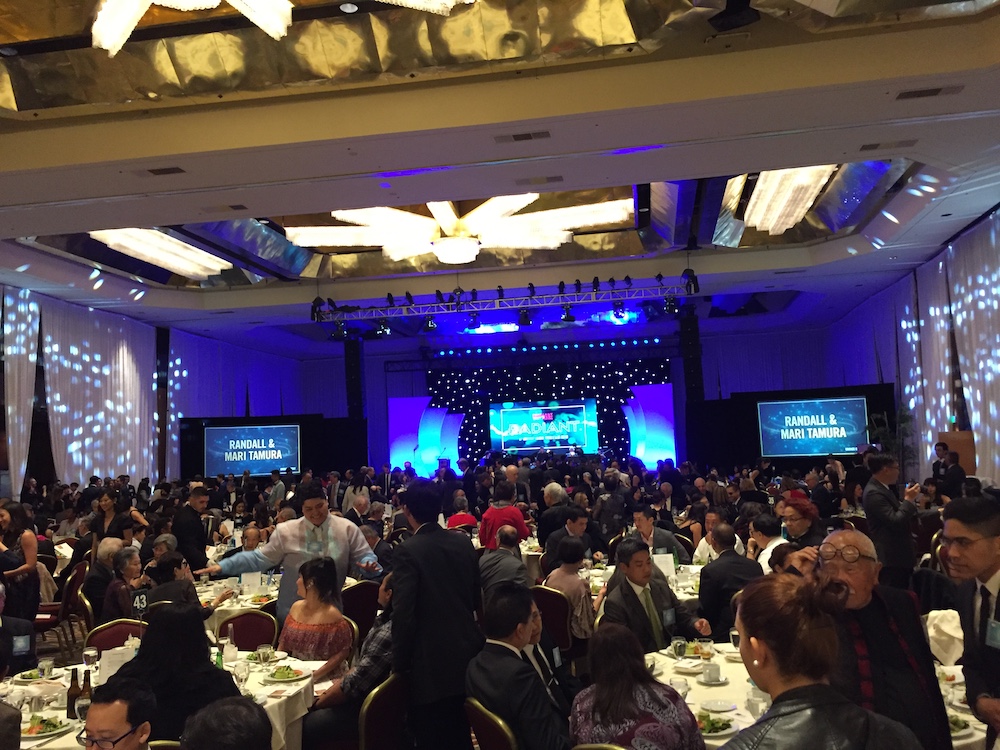