This past weekend, Disney Imagineers were on hand to present and accept awards honoring their work at Shanghai Disney Resort. The Thea Awards, given out by the Themed Entertainment Association (or TEA), are given out to companies who operate theme park attractions and operations that have challenged or help build the legacy of themed entertainment.

Shanghai Disney Resort was honored with 3 Thea Awards as part of a gala celebration held at the Disneyland Hotel in Anaheim. Specifically, the resort was recognized for three experiences: Shanghai Disneyland park, Camp Discovery challenge trail, and the Pirates of the Caribbean: Battle for Sunken Treasure attraction.

“Thank you TEA for honoring us,” said Bob Weiss, president of Walt Disney Imagineering. “We all strive to do things that are big and impossible. We feel that way about Shanghai Disneyland.” He continued “The park represents thousands of people who were all dedicated to that idea.”

Granted that two of the attractions, Camp Discovery and Pirates of the Caribbean, are inside Shanghai Disneyland park, these attractions are the overall theme park quite worthy of the overlap in honors because of the unique experiences.

“We wanted to deliver on an experience that people wouldn’t have in their everyday lives,” said Dustin Schofield, a creative designer for Camp Discovery. “You, our peers, did that and felt that, so we thank you.”

All the Imagineers who accepted the awards also credited the entirety of The Walt Disney Company for their intentional and full support of the project, which made it “more than great.”

Disney was also honored with an additional Thea Award for Ghost Post, the ARG developed by Walt Disney Imagineering.

Our special thanks to our friends at TEA for allowing us to cover the gala and summit! 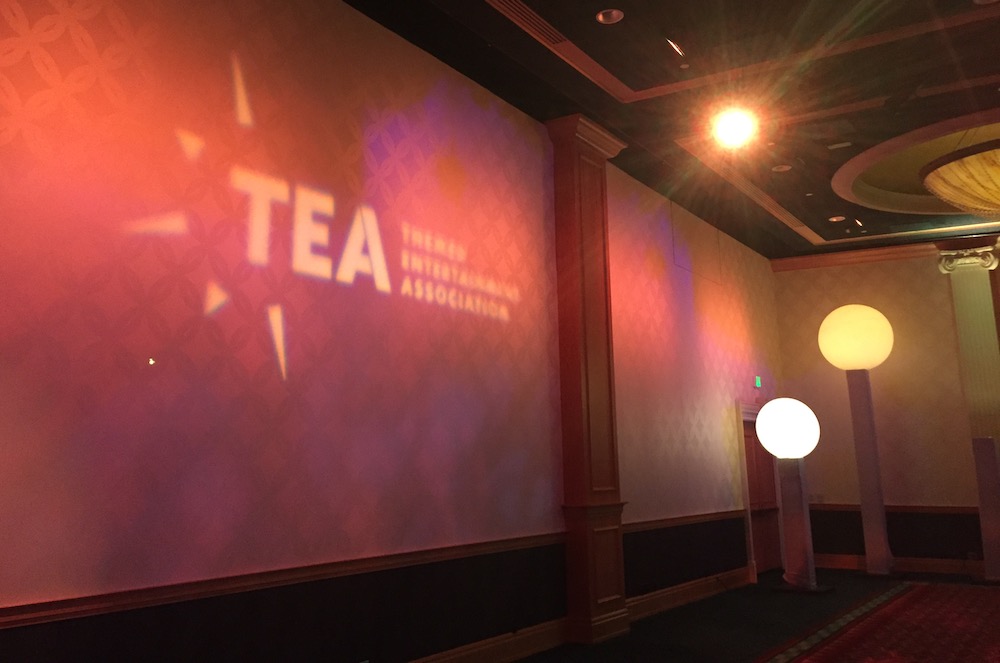