Yes, you read that right! There are original Guardians, but only if you know Marvel’s comic books. 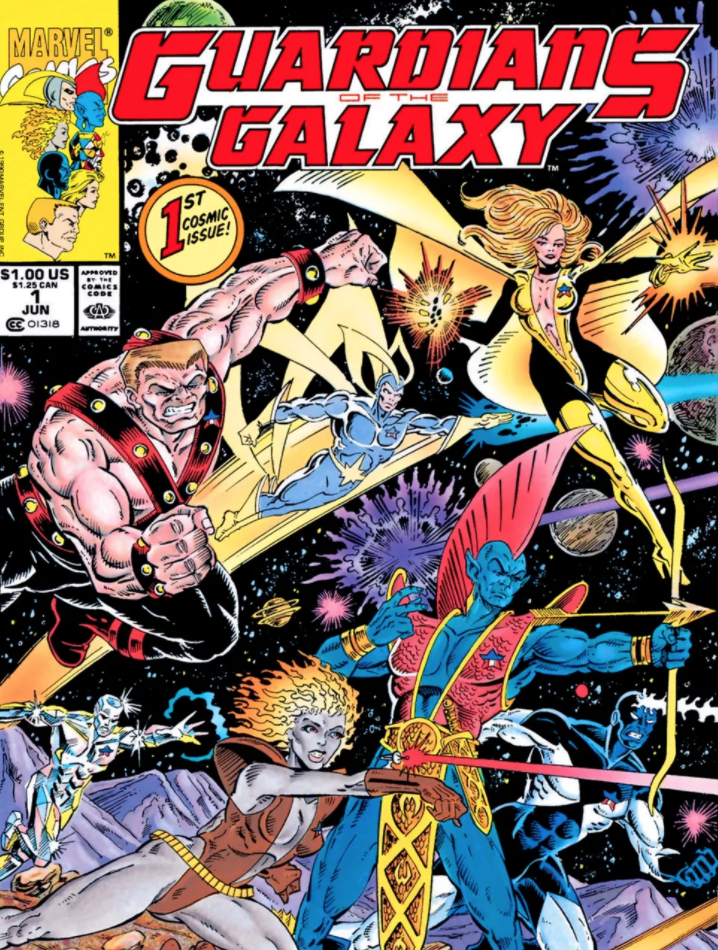 During the press conference for “Guardians of the Galaxy, Vol. 2” last week in Los Angeles, CNET reporter and my good friend Brian Tong asked a geek-loaded question about the “new” characters that showed up in a few of the five (yes, 5!) post credits scenes.

In one of those scenes, it featured Sylvester Stallone and what looked like a rag-tag team of his own. Tong’s question had to do with that group and Marvel Studios’ president Kevin Feige known for his secrecy seemed pushed into a corner to respond.

“They’re definitely the original Guardians,” he said. “That was the fun of it and when James had the idea to do more with the Yondu character – who is also an original Guardian – there was the notion that he had a team once like Peter does now.”

In a funny but unexpectedly revealing exchange, both Feige and “Guardians 2” director James Gunn shared who that team exactly was, both actor and character they play.

If you’re like me, most of these names are unfamiliar, but that’s the point according to Gunn. He hopes that these small introductions in these post-credit scenes can help build the foundation for future Marvel movies in the MCU.

“With all the post-credits scenes on this movie, they’re all funny and fun, and most of them are things we hope to see continue on in the MCU. Whether that’s a supporting role in future movies or whatever, I think it would be great to see those things and those characters show up.”

As for how the original Guardians of the Galaxy will show up in future MCU films, Feige went back to what he’s always been known for – secrecy, saying “Where we see them in the future, time will tell.”

In the meantime, head on over to Brian Tong’s great breakdown of who all these original Guardians from the comics are in his post here.