If you watch the new Disney Pirates movie, you’ll pleasantly be surprised by not only what familiar faces you see, but what music you’ll hear.

“Pirates of the Caribbean: Dead Men Tell No Tales” is a soft reboot of the million-dollar franchise that started almost 15 years ago as an original narrative inspired by the classic Disney attraction of the same name. While Jack Sparrow almost instantly became a household name, his associated “theme song” and other music pieces written by composer Hans Zimmer instantly became a memorable part of the franchise.

Throughout each of the films that followed, Zimmer was also the chosen composer even though the writers and directors would change, which was clear that his music helped make the films all the more successful.

However, Zimmer decided to not to be the composer for “Dead Men Tell No Tales” and instead chose a close protege of nearly 20 years to take the lead.

“I was attached to the project about a year before they started shooting,” said Geoff Zanelli. “I sat in a room with the directors of the new film and Hans, and he made it clear to me that I was the right person for the job.”

Zimmer’s statement didn’t come without thought about Zanelli and his ability. Zanelli previously worked under Zimmer on the music for all four Disney Pirates films. While he isn’t credited in all of the films, he wrote a lot of the additional music that wasn’t a main theme, but was inspired by the ones that Zimmer wrote.

“I deeply love the music that Hans wrote. And I knew the music well because I got to work directly with him,” he said to DisneyExaminer. “For the new film, he trusted me to do what I think was right for the story, so that’s what I did.”

Zanelli considers himself a story-driven film composer, so he waited until the script was in its final draft before coming up with the new music in full. And while Zimmer gave Zanelli permission to use his existing theme music for the new film, new music was still needing to be created because there were new characters.

For Captain Salazar (played by Javier Bardem), Zanelli wanted to create the appropriate music for him because there was nothing as “foreboding and mean” musically that was previously written.

Carina Smyth (played by Kaya Scodelario) isn’t just a love interest in the film, but also has a “deep reservoir” of emotional material that needed its own tune.

It took about a year and a half for Zanelli to come up with all the new music for “Dead Men Tell No Tales.” Recording took place over the course of a few weeks with a generous 100-piece orchestra (including unique instruments like the duduk and a celeste), 48 singers/choir, 24 percussionists, and a handful of vocal soloists.

Even with an army of musicians, Zanelli also took time to recognize how important the cello was to the score. “Hans’ Pirates music always had a cello in it because it is evocative of the energy and beauty that happen in these stories. That was no exception for this film.”

Specifically for one piece of Captain Salazar’s music, Zanelli had three cellos, one of which was plugged into a guitar amp, to battle each other and frame a battle sequence taking place on-screen. They even sometimes put the entire orchestra sound through an amp to make his sound “bigger, stronger, and intense – like Salazar himself.”

With all his creativity with the orchestra and ability to write original melodies, will Zanelli’s score be as memorable as Zimmer’s Pirates score?

Zanelli discounted the thought because he doesn’t believe Zimmer would think that for his music. “Hans is a collaborative and loving guy,” Zanelli said about his mentor. “I hope that my music for this new “Pirates” adventure will compliment Hans’ music in new ways like new treasure.”

You can pre-order the “Pirates of the Caribbean: Dead Men Tell No Tales” soundtrack with Geoff Zanelli’s music by clicking HERE. The film hits theaters on May 26, 2017. 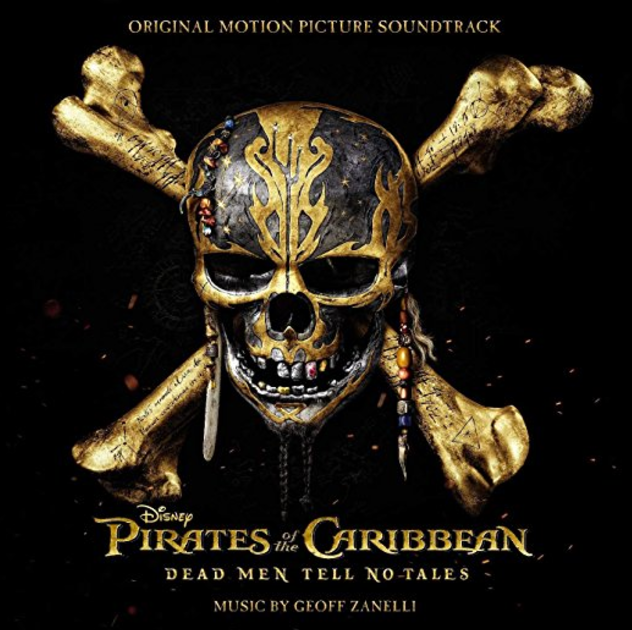