This morning won’t be the average visit for Jeff Reitz. It would mark his 2,000th consecutive visit to the Disneyland Resort. He has been visiting both parks everyday since New Year’s Day, 2011. So what does a guy like him have to say after going to the Happiest Place on Earth as part of his everyday?

“I still have a good time with it,” he told DisneyExaminer over the phone. “Coming here is always a difference experience.”

Reitz has been a familiar face to cast members, annual passholders, and even out-of-town tourists who are visiting the California resort. He said, “I don’t consider myself a celebrity, but when people come up to me after they said they were shy to do so originally, it’s strangely cool.”

A lot of people have been “cool” with Reitz’s decision to make Disneyland visits a part of his life including his work at a Veterans Affairs office in Long Beach. As Reitz is a retired veteran himself, he likened his visits to Disneyland to what he used to do cheer up his fellow service members while stationed in Alaska. “If we were having a bad day, we made it a point to go out for a movie or eat out. If I’m having a bad day at work or need to be cheered up now, Disneyland is an equivalent.”

While Reitz reasons that his visits are there to help him get through life, he’s been met with some harsh realities of making Disneyland a part of his everyday.

“I’ve missed family events and funerals for close friends,” he said when asked about what he’s missed out on in life in lieu of his visits to the Anaheim theme park. He quickly defended his decision of missing those events by saying that Disney wasn’t to blame. “You can’t plan for a lot of these life things,” he responded. “I didn’t intentionally miss these things. Sometimes life doesn’t line up with your plans.” 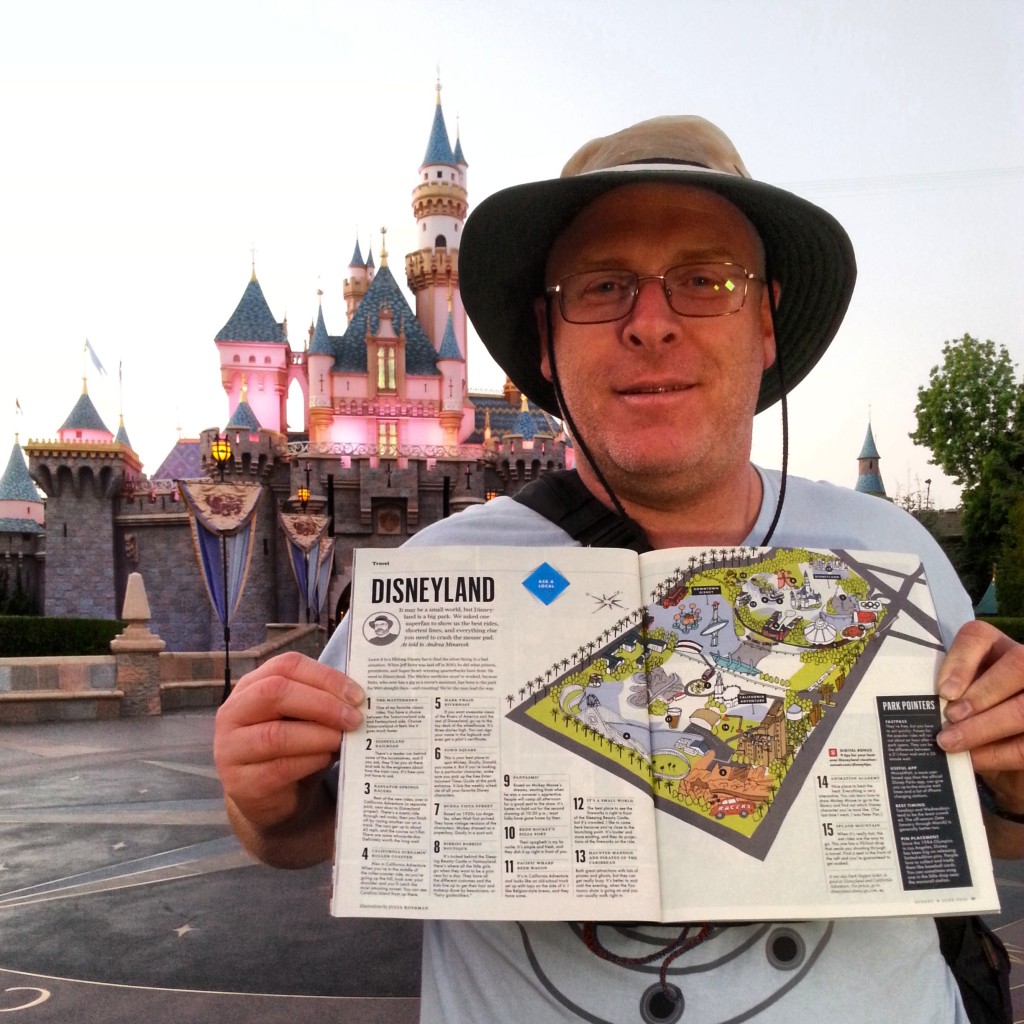 Some people have been very and loudly critical of Reitz’s lifestyle, including what he likes to call the “non-Disney” people who can’t tolerate going to theme parks. “They’ll never get it because they chose to not enjoy the entertainment there, but Disneyland is much more than long lines and crowds,” he said.

While other criticisms have called Reitz’s desire for Disneyland a sickness, he says it’s anything but. According to him, Disneyland still remains a place of release, relaxation, and activity. “It gets me out-and-about. It’s almost like going to the mall for some people. I’m active because of it.”

Reitz has claimed that his activity walking around the parks has already led him to lose 40 pounds and have an active social life. He even met his current girlfriend, Karen Bell, during one of his visits a few years ago. “I love being able to share things I love with her and other people who love the place like I do.”

And it’s a deep love for the place that Reitz insists is why he continues his visits to Anaheim’s Disney parks. “I don’t consider coming here a necessity,” he said. “If I really didn’t enjoy it to this degree, I wouldn’t push myself to keep coming.”

There’s a level of truth to that as Reitz isn’t paid by Disneyland to visit, isn’t pushed to post about Disneyland continually on his social media pages, doesn’t get to cut the lines or get any type of preferential treatment while on property, and never gets invited to take part in Disneyland’s special events.

“I didn’t start all this for anyone or to receive anything,” he said. “I want to be the regular guest who just happens to come here more often, and I’m fine with that.” However, he did admit he’s looking into applying for a Guinness World Record for his achievements at one point.

Now today, on his 2,000th visit under his name (which Disneyland officials have verified), Reitz will be getting the special attention regardless with news outlets set to do a reports on him and perhaps even Disneyland looking to make his day extra special again.

As for when his consecutive Disneyland visits will cease, Reitz said he’d think about it. “My pass will expire on January 10, 2018, which will be a few days after what would be the 6-year-of-visits mark. I’ll re-assess things then.” Whatever he decides to do, he doesn’t regret nor will forget the time he willingly spent at “the parks.”

“Nobody can take that magic and fun away from me,” he said.

Our special thanks to Jeff Reitz for taking the time to chat for this story!