ABC’s new reality show “Boy Band” is exactly what it sounds like – a rehash of the singing competition, but with groups of young men. The Beatles. Jackson 5. *NSYNC. One Direction – these classic boy bands have left their mark on music and culture, and this new show is the latest attempt at finding the next big thing in boy band history.

The first two episodes of “Boy Band” aired on June 22, introducing us to host Rita Ora, a new panel of judges, and 30 fresh-faced boys ranging from early teens to early 20’s, each hoping to be a part of America’s next hit music group.

The Judges of “Boy Band” 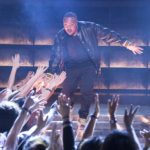 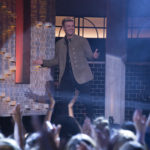 While this show does seem to be targeted towards a younger audience, the idea of the “boy band” can resonate with people of all ages now, and ABC seems to be taking advantage of this by its careful casting of the judges panel. This “Boy Band” season’s winners will be chosen by none other than Nick Carter, Emma Bunton, and Timbaland. All are familiar with the boy band scene – Carter and Bunton were part of Backstreet Boys and Spice Girls respectively, and Timbaland has worked closely with stars like Justin Timberlake – making viewers associate the new show with classic boy band elements.

The Boys of “Boy Band” 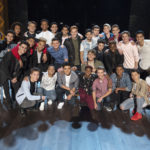 What “Boy Band” brings to the table, however, is 30 brand new “boys,” ready to form the ultimate singing group. Unlike many boys of past boy bands, many of these boys seem indistinguishable from one another – perhaps it’s the sheer number of contestants, or perhaps it’s because they’re all styled so similarly. Regardless, the first two episodes of the show allow at least a few of them to show off talents, whether singing, dancing, beatboxing, or playing violin and rapping.

“Boy Band” as a Show 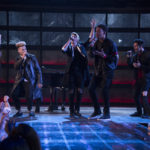 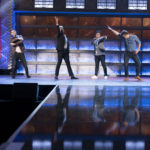 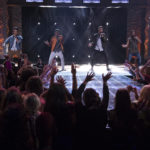 This show certainly does its best to capture a boy band vibe – recognizable judges, highly stylized contestants, individual and group performances – but unfortunately the first two episodes alone make it difficult to know where the show is going.

The first two episodes first eliminated 12 boys (many of whose auditions we didn’t even get to see!) and grouped the remaining 18 into 3 groups, who then began practicing for a group performance. After the first group performed their rendition of Bruno Mars’ “That’s What I Like,” another boy was eliminated. The events of the following episodes will continue to eliminate more boys, allowing America to vote for their 5 favorites – unfortunately there’s no telling how far those eliminations will go. Variety reports that the show gained less than ideal ratings and viewership, but of course, only time will tell whether or not this show can really produce a hit musical group.

For now, it’s safe to say that “Boy Band” is doing what it can to keep this very genre-specific culture alive. It’s admittedly fun to watch these boys compete. There’s something about the charm of the idea of the “boy band” that this show tries to capture that can keep a viewer watching, especially those who have been invested in previous similar bands.

The remaining 17 boys are competing to be a part of America’s newest boy band – keep watching every Thursday at 8 PM on ABC to see who makes the cut.