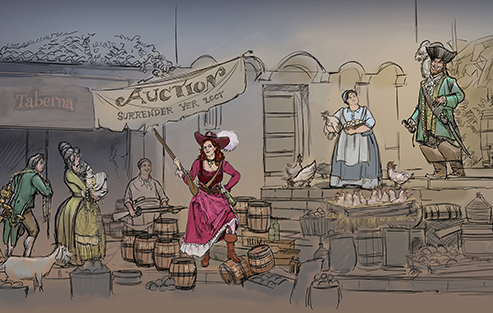 Today, Disney announced that one of the most iconic scenes in their “Pirates of the Caribbean” attractions is changing. That scene featuring the auctioning off of brides (the part when pirates exclaim “We wants the redhead!”) will be changing to tell a different narrative of the redhead: she’s actually a pirate!

“Our team thought long and hard about how to best update this scene,” said Kathy Mangum, senior vice president of Walt Disney Imagineering. “Given the redhead has long been a fan favorite, we wanted to keep her as a pivotal part of the story, so we made her a plundering pirate! We think this keeps to the original vision of the attraction as envisioned by Marc Davis, X Atencio and the other Disney legends who first brought this classic to life.”

The move comes in response to the criticisms that the scene has received in recent years. Much of that feedback came in the form of saying that it was sexist and was a demeaning portrayal of women. The new scene will debut sometime in 2018.

This wasn’t the first time that Disney has changed the Pirates attraction in response to feedback. Today’s OC Register story points out that a scene that once depicted a pirates chasing women around a house was changed to have a pirate chase a women for food and the other having a pirates chased by a woman with a dough roll.

Changes to attractions have quickly become part of the public dialogue in the last few weeks, especially due to Disney’s unusual move of clarifying false media reports that Donald Trump would have a speaking role in Walt Disney World’s Hall of Presidents attraction when it reopens later this year. 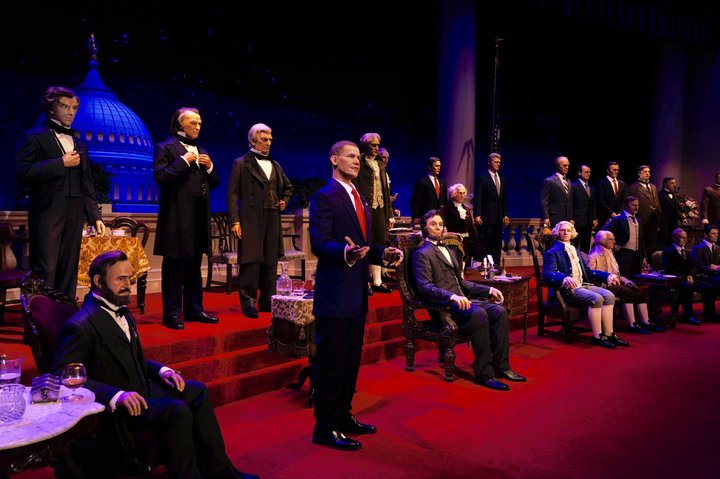 Inside the Hall of Presidents attraction. Each sitting U.S. President since 1993 has been made into a figure, including Barack Obama (center).

The addition of Trump to the attraction was already controversial, especially due to his behavior and opinions on social issues that he has put forth through his administration.

Together, the changes to both the Pirates of the Caribbean and Hall of Presidents attractions reflect a larger idea that Disney Imagineers are fully conscious about: that will Disney Parks attractions may bring us to other worlds, their stories must be grounded in stories of our own world in the present age.