The Walt Disney Company is an expert in reviving classic media for a modern audience – the resurgence of live-action remakes like “Beauty and the Beast” and spin-off shows from childhood favorites like the upcoming “DuckTales” are a testament to Disney’s ability to make the old feel new again.

It’s then no surprise that Disney is looking to modernize one of its most popular and influential shows: “The Mickey Mouse Club”. Or, as it’s now going to be called: “Club Mickey Mouse”.

Like its predecessor, “Club Mickey Mouse” will be a sort of variety show, featuring young talent that will sing, dance, and act their way through Disney’s media and into our hearts, if they’re anything Mickey Mouse Club’s Annette Funicello, Justin Timberlake, Ryan Gosling, and Britney Spears. 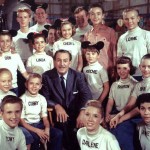 However, more than title arrangement is changing with “Club Mickey Mouse”, most notably that this new show will be hosted over Facebook and Instagram rather than television. As a result, the show will be structured around short bits of content, involving images, blog posts, and even memes.

”We’ve developed a program that has seven weeks of programming, where each week is built around a specific idea or concept. Then all of the assets produced for a given week will be a part of that week’s aggregate topic,” Andrew Sugerman, Disney Consumer Products and Interactive Media’s EVP of publishing and digital media, told Kidscreen. “There is structure in the programming, albeit the assets are being served up in a completely different way. It also has a story arc that carries through the multiple weeks.”

In addition, while the cast is relatively unknown at this point, it’s clear that Disney is looking to social media influencers to be the faces of this new show. According to Kidscreen, “the series will feature a cast of eight authentic, on-the-rise influencers and digital-first creators who happen to also have strong singing, dancing and acting abilities,” as well as two additional DDS influencers. This shift towards a social media savvy cast is just one more indication of Disney’s attempts to update “The Mickey Mouse Club” for a modern audience – a move that reflects their efforts to modernize most of their already well-loved media as well.

Keep an eye out for more news about “Club Mickey Mouse,” which is set to premiere online at the end of this year.