After a 2+ hour presentation, Disney gave fans who attended their major Disney Animation, Disneytoon Studios, and Pixar Animation Studios presentation at the D23 Expo a sneak peek at what feature animated films are coming from the Oscar-winning studios.

In addition to showing deeper looks at the already announced films like “Wreck-It Ralph 2,” “Coco,” and others, John Lasseter, who hosted the presentation, also announced new films that weren’t previously revealed before. That only consisted of two new films:

An untitled film about outer space using the existing “Planes” franchise. The footage shown featured three jets flying through a desert-like place. Directed by Klay Hall and Bobs Gannaway, and produced by Ferrell Barron, the theatrical feature film explores the “future of aviation.” The untitled film will be released on April 12, 2019.

An untitled film about a pair of teenage brothers who are looking to know their father who they lost at a very young age looking to spend a magical day with their father again. The film was inspired by its director Dan Scanlon (“Monsters University”) who also lost his father at a young age as well, says the story is set in a modern, urban fantasy world with ‘no humans, and only elves, trolls, sprites, and anything that would be on the side of a van in the ’70s.'” No release date was announced. 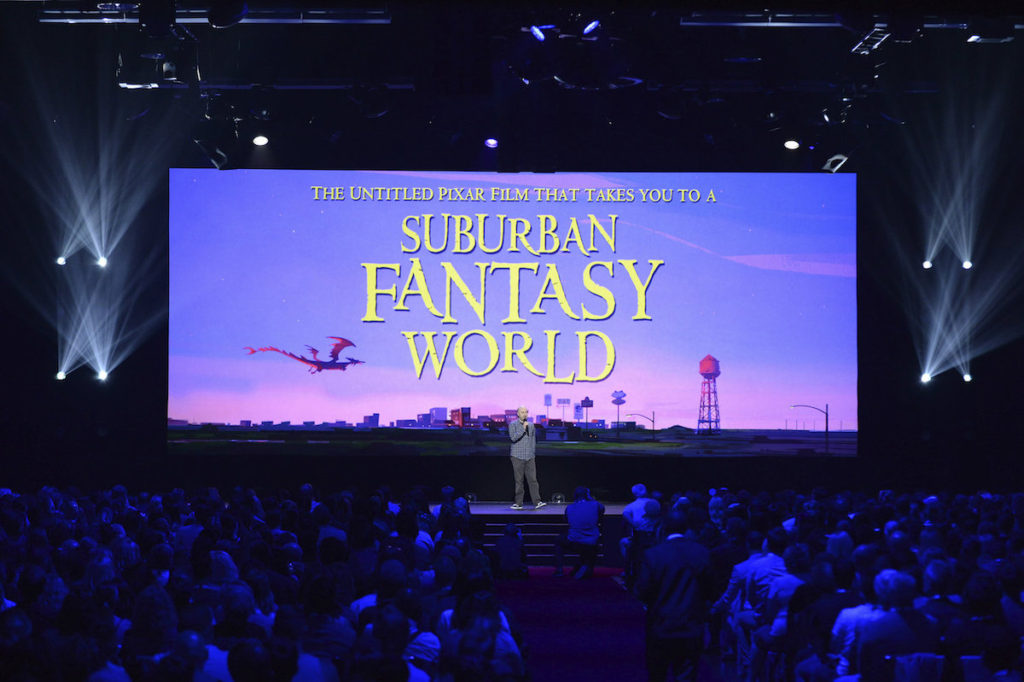 It was relatively a light announcement of new films compared to other Expos, with only these two films shared. Much of the time was dedicated to giving closer looks at upcoming films that were already announced.

Perhaps we’ll have more new film announcements from the Walt Disney Studios’ live-action presentation tomorrow morning. Remember to join us for the live tweet of that!