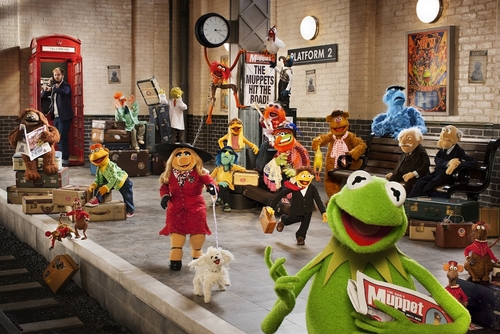 It’s not easy being green – and, apparently, it’s not easy voicing a certain green frog as well.

Actor Steve Whitmire inherited the role of Kermit from Jim Henson himself in 1990, but after 27 years Whitmire has been let go from the role. Jim Henson’s son, Brian Henson, contends that this decision was built on years of conflict and disagreement.

“I have to say, in hindsight, I feel pretty guilty that I burdened Disney by not having recast Kermit at that point because I knew that it was going to be a real problem,” Henson told The Hollywood Reporter. “And I have always offered that if they wanted to recast Kermit, I was all for it, and I would absolutely help. I am very glad we have done this now. I think the character is better served to remove this destructive energy around it.”

Whitmire defended his conduct with others in a previous interview with THR. “I didn’t yell, or call anyone names, or refuse to do my job. I just gave lots of definitive notes via emails to this small group about character integrity and always tried to offer alternative solutions,” he told THR on Monday.

“Kermit has, as a character, flattened out over time and has become too square and not as vital as it should have been,” Henson explained in his own interview. “Again, what my dad brought to it — without even thinking because he was accessing his own character that was coming out of his own personality — was a wry intelligence, a little bit of a naughtiness, but Kermit always loved everyone around and also loved a good prank.”

In the wake of Whitmire’s release, a new actor has been chosen to play Kermit: Matt Vogel, who played Kermit’s evil counterpart Constantine in “Muppets Most Wanted.”

“So there was a lot of complexities to Kermit that have been kind of falling away, and I do believe Matt Vogel can access that energy really well. And Matt is a very good performer. And I believe that in protecting Kermit going forward, Matt will do a really wonderful job. I think the fans should not be so scared of change. Steve did Kermit for a very long time — I would say for far too long. And the character was no longer being serviced by Steve performing Kermit.”

Vogel’s first performance as Kermit the Frog can be seen in the next edition of “Muppets Thought of the Week.”