Last month, our friends at Sphero sent over yet another box to our office. For those who were focused on this year’s Force Friday campaign, you probably know what they sent us. In short, they were the droid (toys) we were looking for!

They sent us two droids, one was BB-9E (a BB-8 look-a-like droid that we haven’t met yet from the upcoming Star Wars film “The Last Jedi”) and the ever beloved R2-D2. 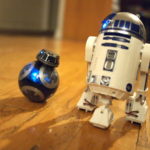 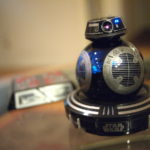 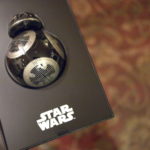 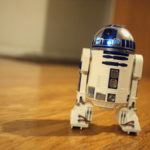 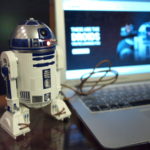 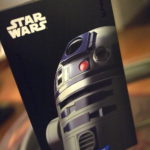 We’ve gotten to play with Sphero’s first app-connected droid back, BB-8, back in 2015. At the time, Sphero was a relatively unknown startup company that got their big break when they were selected to be among the first participants in Disney’s business incubator program. Disney’s CEO Bob Iger was made their professional mentor and ultimately gave them the idea to create the now popular new droid from “Star Wars: The Force Awakens” in toy form.

But that toy wasn’t just an ordinary toy. It was a fictionalized robot we saw in a movie turned lifelike. It had the movements and mannerisms of BB-8, all the way down to his revolving head. It didn’t take long for that aspect of the toy be the driver to make it the best-selling toy of all time. With that much of a reputation on them now, how could Sphero surprise and delight the world all over again?

Enter BB-9E and the R2-D2 we received at our office.

It was exciting for us to not only meet a new character from the second “Skywalker saga” film with BB-9E and finally get to see an old friend in R2, but also know that these droids were lovingly created by the magic toy makers at Sphero. And once again, we were in awe with what they were able to do.

Both droids were very detailed, all the way down to their color-specific accompanying USB chords used for charging. The moment you turned them on, however, those toy details gave way to the actual experience of seeing these droids turn from toy to droid.

That once again came from the lifelike movements and mannerisms that both R2 and BB-9E were programmed with. With the simple wireless connection of the free smartphone app, the droids came alive with the same sounds they make in the movies. A joy stick allowed you to move them freely, but do so in a way that made it seem like they were moving themselves. R2’s signature “freak out” mode also is an option you can trigger (and our personal favorite feature).

We spent a few hours just playing with them, effortless hours. Sure, we were puppetting them with an app, but it didn’t feel like it. Creating videos and doing photo shoots with them were done as if they were alive. There were even more features on both droids that we didn’t play because they weren’t features you could just trigger immediately.

They are features that happened in real-time and in real life. For example, the droids would react to moments it heard and saw if it was watching a Star Wars movie with you in your living room. Another feature was being able to see the droids react and communicate with one another when they encountered each other.

Let’s remind ourselves: these are toys! At the same time, these Sphero toys represent something much bigger.

While Sphero started as a company known for creating lifelike Star Wars toys, they really are becoming the company that wants these Star Wars toys to be Star Wars droids that live in your life. According to insiders, it’s the new end-goal. It’s no longer a far-out concept to think that toys can come to life anymore; it’s about making toys part of our lives. For Sphero and what these lifelike Star Wars droids show us, the next evolution of toys removes the word “toys” from the vocabulary and makes them real-life participants in our every day.

Our special thanks to our friends at Sphero for sending these droids for this story! Both BB-9E and R2-D2 Sphero droids are now available for purchase on Sphero’s website.