After the many rumors and the unconfirmed reports that the pop icon was being considered to voice Nala in the live-action remake of the animated classic, Beyoncé officially announced the news today on her Facebook page.

This marks Beyoncé’s first Disney project, having never worked with the Company before, but apparently she knew that this was the role to make her debut. “It is a director’s dream to assemble a talented team like this to bring this classic story to life,” said director Jon Favreau (who most recently directed the live-action remake of “The Jungle Book” and whose first choice to play Nala was Beyoncé, reportedly).

Knowles-Carter joins her cast mates that have previously been announced, including Donald Glover (Simba), James Earl Jones (Mufasa), John Oliver (Zazu), Seth Rogen (Pumbaa) and more. The full cast list is in the below photo. 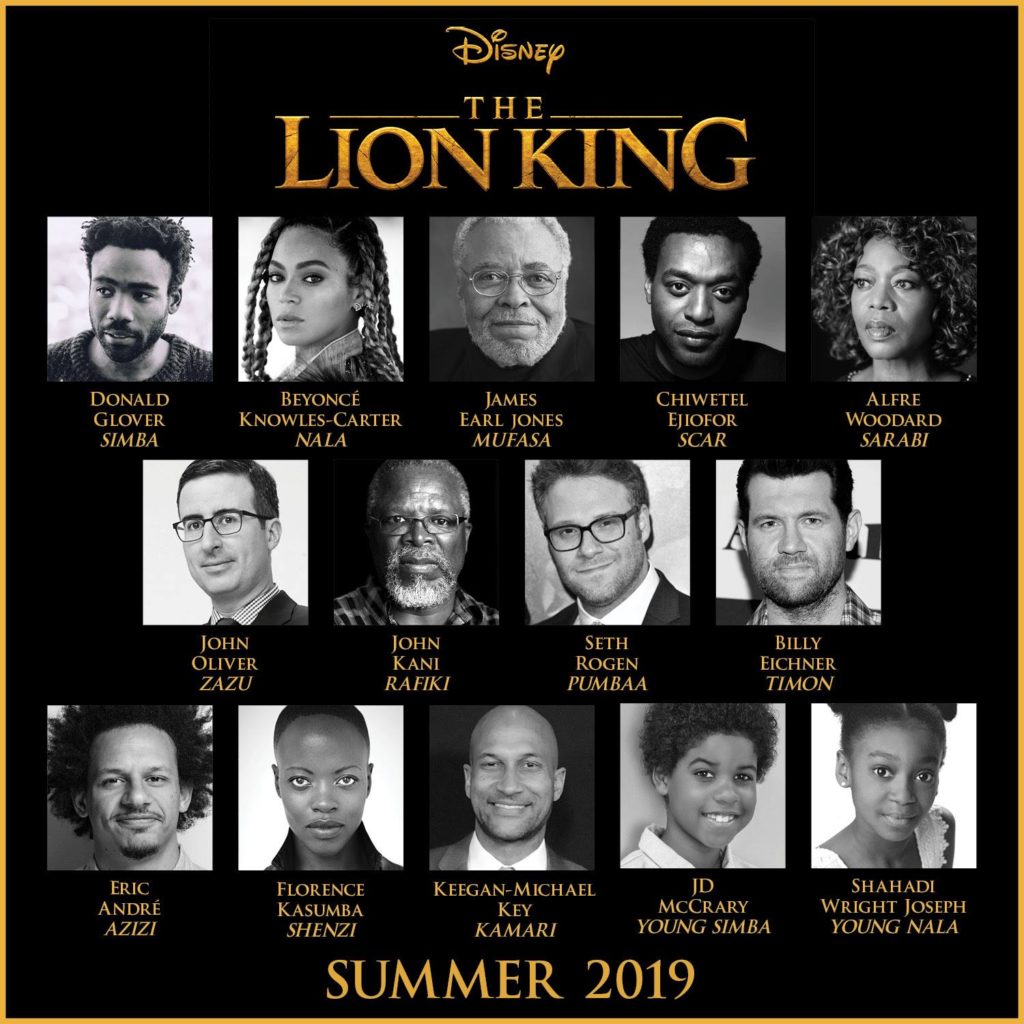