Editor’s note: This op-ed was written by Alex Marzona, our friend who has been covering the press events surrounding Marvel’s “Thor: Ragnarok” in theaters now. Read his review on the film HERE.

“Recently, I marched up with a couple other women that work in Marvel, and we were like, to Kevin [Feige], ‘What about a movie with some female superheroes – just like, all of them?’” recounted Tessa Thompson, a newcomer to the Marvel Cinematic Universe playing Valkyrie. Feige, the head ‘show runner’/executive producer of the MCU, responded, “It was a pretty amazing moment to be somewhere and have your shoulder get tapped, and turn around, and every female hero we have was standing there going, ‘How about it?’ I said, ‘Yes.’”

In an age of incredibly intriguing and fierce characters that just happen to be women (i.e. Rey, Katniss Everdeen, etc.), the MCU has been repeatedly criticized for its lack of female protagonists, let alone characters. Black Widow (Scarlett Johansson) is the most prominent woman, gets an interesting arc over each of the five movies she appears; Gamora and Nebula from the GUARDIANS movies get compelling and redemptive stories, while ANT-MAN doesn’t let Janet Van Dyne don a suit just yet, as she will share the title in ANT-MAN AND THE WASP.

[In a majestic entrance, Tessa Thompson’s Scavenger 142 drunkenly stumbles out from her ship on Sakaar before she successfully captures Thor. It’s a debut that tells the audience exactly who she is within seconds, and her story arc turns out to be quite tragic. When Hela enters the fray, notably as the only female supervillain in the MCU, Cate Blanchett portrays her with a lot of gravitas and is allowed to chew the scenery, although Hela doesn’t really get to do much in general.]

Both Valkyrie and Hela are welcome additions to the Universe, as Marvel continues to knock it out of the park with casting. Tessa Thompson, a black woman who made her mark in CREED, portrayed Valkyrie, traditionally a white female. She wasn’t worried about the race-bending, remembering an online commenter saying the casting was an example of “white genocide.” Rather, she worked to get in shape and “capture the spirit of the character, and the spirit of all of us… has very little to do with what color we are.”

In recent interviews, Thompson shared that a cut scene implied that Valkyrie is bisexual. Director of “Thor: Ragnarok” Taika Waititi said that the scene isn’t in the final cut because it took the focus away from the other events in the scene. It’s a double-edged sword – Marvel nixed what could have been their first LGBTQ character in the MCU, but scene could have screeched to a halt. RAGNAROK already has some trouble with its pace, so inserting this scene wouldn’t have hurt, though it’s understandable why it does not make the final version.

Cate Blanchett, a two-time Oscar winner, was welcomed lovingly, saying “it was hugely enjoyable… and exciting for me.” While Marvel casts the best possible actors and actresses, they sometimes have a middling villain problem, and RAGNAROK is no different. Those that hoped for Hela to replace Death as the motivation for Thanos in INFINITY WAR will be upset to see Hela might not be as important in the MCU, although Blanchett still gives a dependably great, menacing performance.

Behind the camera, Marvel handed the keys to New Zealander Waititi, who made his mark in the comedy world with quirky indies like WHAT WE DO IN THE SHADOWS and THE HUNT FOR THE WILDERPEOPLE. The MCU typically has a particular look to it, a dry, drained color palette, but Waititi said “[THOR: RAGNAROK] deserves to have all of that color and those crazy, curvy designs… it’s a bombastic concept that you’ve got to go all in or nothing.” Taika was pleased being allowed to bring his personality to the wild, fun ride. (The Maori director also invited aspiring native filmmakers to shadow him, and worked to hire indigenous crew members.)

After finally getting a female villain and capable heroine, along with a native New Zealander director, we can hope the rest of future of the MCU will bring more color in front of and behind the camera. With Idris Elba (Heimdall in THOR), Samuel L. Jackson (Nick Fury in THE AVENGERS) and Benedict Wong (Wong in DOCTOR STRANGE) amongst others, the next Marvel release, BLACK PANTHER (February 2018), looks to add a whole kingdom of Africans, led by Chadwick Boseman’s King T’Challa, and the first black director of the MCU in Ryan Coogler. CAPTAIN MARVEL (March 2019) finally puts a woman in the spotlight 21 movies into the establishment of the Universe. 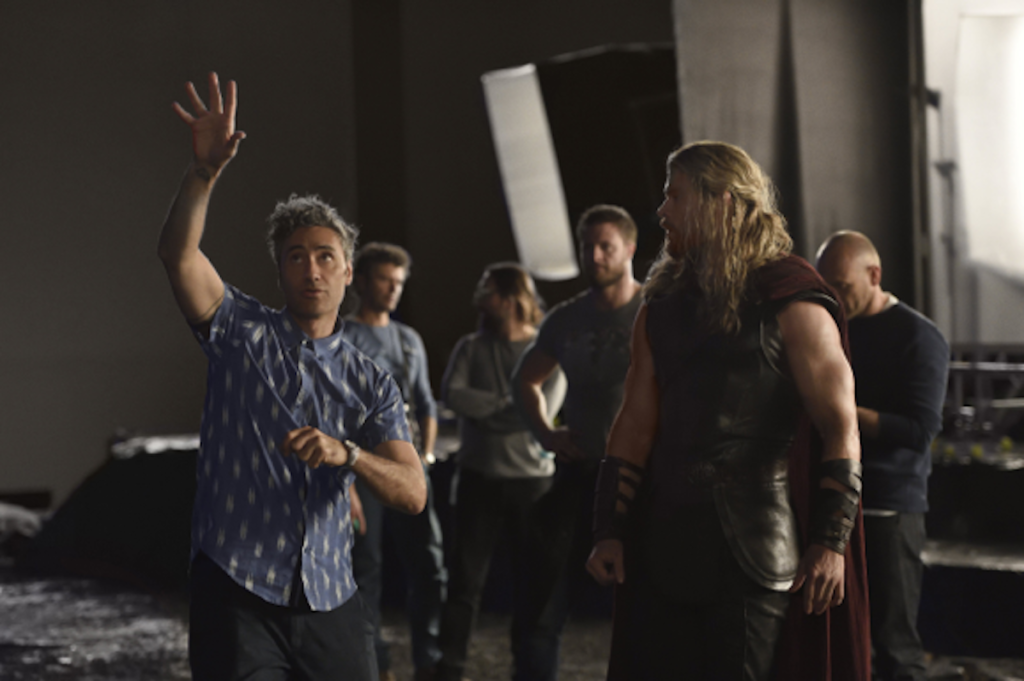 The Marvel Cinematic Universe would benefit greatly from the diversity on display with the Tessa Thompson-proposed ‘Lady Liberators’ movie (or as Mark Ruffalo suggested, the ‘Femengers’…). Kevin Feige noted the Valkyrie actress drew a deep cut with that pull, and with the success of WONDER WOMAN proving that a female superhero movie can be fruitful for studio and audience when done right, it’s no longer a question of not if, but when. The onus is on Marvel to propel and further the conversation with characters of color or females that inspire future generations.