It was a beautiful Southern California evening at the Walt Disney Animation Studios a few weeks ago. I was invited to attend a special screening of the animated featurette “Olaf’s Frozen Adventure.” At the time, the 21-minute film was viewed as nothing more than another innocent addition to the “Frozen” franchise of films.

It took two years to develop from original pitch to finished product with approximately 450 people working on it throughout production. From the very beginning, however, the featurette was always meant to add to the Oscar-winning tale of Arendelle.

“It wasn’t like we were trying to set up (new things),” said co-director Kevin Deters to me after seeing the short at the studio. “Let’s just stay true to the characters and have fun with them.”

Deters, along with co-director Stevie Wermers-Skelton both were the directors of another series of popular Disney short films that aired on ABC called “Prep & Landing,” telling the tales of two cunning and funny North Pole elves trying to save the holiday. When they originally pitched Disney Animation creatives about doing the featurette, they already knew how to maneuverer telling an engaging story in a short amount of time.

“Prep & Landing prepped us for that biggest challenge for us,” said Wermers-Skelton. “But we knew we had to be simple with our story and anchored by the music. We had boundaries that we set for ourselves.”

Wermers-Skelton went on to say that infusing the new original music would be critical to getting everything else right. Songwriters Elyssa Samsel and Kate Anderson were recommended by Frozen‘s original songwriting team of Robert and Kristen-Anderson Lopez to write four new songs, each one highlighting a story point given by the co-directors.

“We loved their audition because their music expressed the characters as we last remembered them in the original film,” said Deters. Both Deters and Wermers-Skelton wanted the lyrics to fit their story of having Elsa and Anna find their holiday traditions as a reunited family. At the same time, they also wanted to have the melodies themselves to be as equally memorable as a “Let It Go” or “Love Is An Open Door.”

That equal comparison that the co-directors wanted in their film was something that I got while watching it for the first time. To their credit, I feel that nearly everything in the featurette felt like it came directly from the original teams that made the original 2013 film.

While Frozen directors Chris Buck and Jennifer Lee were on hand to give notes and advise the team, everything came from fresh minds that held a high regard for the characters and how the world has come to know them. The original voice cast of Idina Menzel, Kristen Bell, and Jonathan Groff returned to connect the featurette to its feature even more. Even with Olaf touted as the film’s “star,” all of the characters including Sven, Kristoff, and Trader Oaken will remind you of why you either loved or hated “Frozen” in the first place. 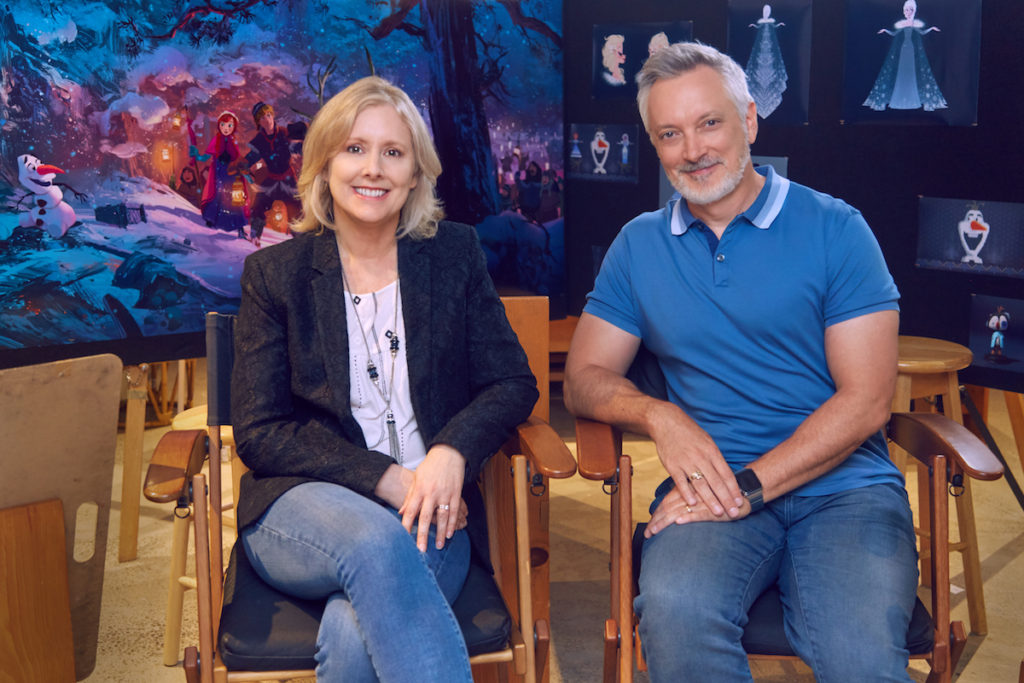 However, it’s unfortunate that the film is getting the negativity that it has received on social media and the press reporting that negativity.

To give the entire conversation context, it’s worthy of noting that “Olaf’s Frozen Adventure” was meant to air as a holiday TV special on ABC. It wasn’t until John Lasseter saw the entertainment potential of the featurette that he made the decision to have it play in front of Pixar’s Coco.

It might have been a creative mistake to do so as many who’ve voiced their complaints about the short have pointed to the fact that both films are entirely different in feeling and story – that one is purely Pixar and one is purely Disney Animation, and that they cannot be one in the same.

The reality is that both are coming from a studio owned by the same company. It is the first time that leaders at Disney decided to make a synergistic move in putting two products of their animation studios together for a worldwide theatrical audience. Whether that was to heighten their brand power or just listening to John Lasseter’s orders as a powerful creative executive, people saw right throughout.

For the record, I personally enjoyed the featurette. While I did see it separately from Coco, I believe it was entertaining nonetheless. I never thought the films were meant to compliment each other since all of Disney’s featurettes and shorts that play in front of their films are meant to be a light-hearted appetizer to the emotional meal that is the feature itself – it was always been that way. I didn’t even think of this as a synergy move to puff up the brand power that is Disney/Pixar as their products are made to do the talking about how great (or not) they are.

“Olaf’s Frozen Adventure” might not be for everyone and that’s because it wasn’t made for everyone. For those who like Frozen, you get a hefty short that was fun, funny, and will prime you for the sequel that is set to debut in a few years. If you don’t like Frozen, then hopefully you see this as nothing more than a silly short that in no way should influence your feelings for Coco. If anything, the filmmakers hope that the Frozen sequel team will take inspiration from their film, but aren’t worried if they don’t.

“We just wanted to have fun,” said Deters. And no matter what people think, they very much did.

Our special thanks to Kevin Deters and Stevie Wermers-Skelton for taking the time to chat with us for this story! You can see “Olaf’s Frozen Adventure” in front of Pixar’s “Coco” now in theaters.