The Last Jedi obviously has gotten fans excited for the continuation of the Star Wars story. The movie, however, has also caused contention because of the expectations it will set for upcoming films. Quite a few fans found trouble with the way The Force Awakens handled plot and character: its structural repeat of A New Hope and lack of legacy characters made fans uncertain about where episode VIII would then take the story.

Happily for fans, The Last Jedi faces these concerns head on. In fact, much of the movie boldly twists traditional plot points and themes while retaining much of the old Star Wars vibe. Princess Leia and Luke Skywalker remain integral characters – yet the plot which joins them with new faces also pits them against new conflicts. Tensions between dark and light, the theme of parentage, and the true definitions of war and heroism are challenged and turned upside down in this movie for both legacy and new characters, giving us a fresh take on familiar themes. 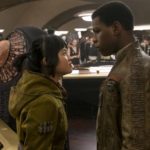 In addition, the most prominent of these new characters also hold their own as strong figures who undergo their own development. Of note is Rose, played by Kelly Marie Tran, whose role and development within the story are of utmost importance to moving the plot forward. Tran, an Asian American actress, shines alongside the other characters and is shown as both powerful and empathetic.

The Last Jedi is aware of audience knowledge, and doesn’t have to spend time explaining character or plot. Instead, it concerns itself with action from the very first scene. To many fans this may be a relief – the series has moved past the setup of The Force Awakens and now drops its audience straight into the battle between the Resistance and The First Order. 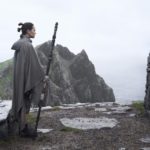 The quickness of the movie’s pace, however, could be seen as off-putting for some, especially for those who don’t know the lore or characters too well. As with all sequels, there’s a risk of becoming disconnected from the characters and conflict if you aren’t already familiar with them – names are forgettable and plot points may get confused. At such a fast pace, it’s easy to get lost if you don’t know the previous films, and since so much happens within 3 hours, it’s essential to follow along closely to see how the story is formed. 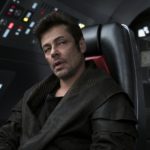 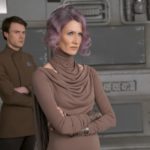 And while The Last Jedi does a great job developing its main characters, there are so many new figures introduced that there simply isn’t time to develop them all. While Laura Dern and Benicio Del Toro, for example, do amazing jobs acting as Vice Admiral Amilyn Holdo and a character called the “codebreaker,” their screentime is cut short in favor of plot. Both are still important to the plot, but as a result of so much action they become tools to move the story forward and, as a result, experience little of their own development. 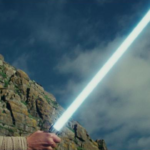 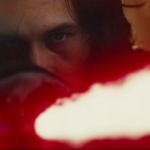 Still, it’s undeniable that the overall film, with its action and masterful joining of old and new characters, is a treat for experienced fans and fresh moviegoers. There are many delightful surprises that still tie back to the previous 6 films, while in-movie jokes and references also help to keep the movie interesting.

The Last Jedi is a great continuation, and sets us up to expect something different for the next film. It’s a fresh, new perspective on Star Wars, moving the story, characters, and themes away from the familiar and setting the story up for, hopefully, a fresh conclusion of the Skywalker Saga.

If anything, watch this movie to see how it handles Porgs. You’ll see more of them than you expect. 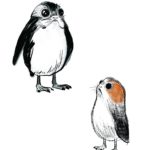