As we shared in our exclusive pieces on Pixar’s “Coco” a few months ago, the animated feature from the Oscar-winning studio was supposed to be a full-length musical.

Directors Lee Unkrich and Adrian Molina gave more insight on the beginnings of the idea in one of the deleted scenes portion of “Coco’s” bonus features in the Blu-ray/digital HD copies. In it, both describe the original opening of the film. According to Unkrich, It was a full-on musical number that told the story of Dia de los Muertos.

It quickly became clear that the overall story they were looking to tell had music as a tool instead of vehicle. For example, instead of having each scene anchored by a song that would explain a mood of a character or setting, they would use a song to describe multiple feelings throughout the movie.

The perfect example is “Remember Me,” the signature song that was written by Robert and Kristen-Anderson Lopez. was performed three times in three different ways to heighten the feelings of the characters and resulted in learning (and feeling) a deeper story for all of them, including Miguel and Ernesto de la Cruz.

Now that we’ve all seen “Coco,” we should appreciate the fact the filmmakers decided to not opt in making the entire movie a musical, right?

If you haven’t seen the movie yet, then you have yet to experience what we’re talking about! No worries, though – you can now experience the music, culture, and feeling that is “Coco” now on Blu-ray/DVD combo pack and Digital HD. You’ll also go deeper into the process of making it all in the one-hour-plus bonus features section.

We’re making it even easier for you to get your hands on a copy of “Coco” right here thanks to our friends at Walt Disney Home Entertainment! Click the picture below to be taken to our giveaway page (you’ll be redirected). 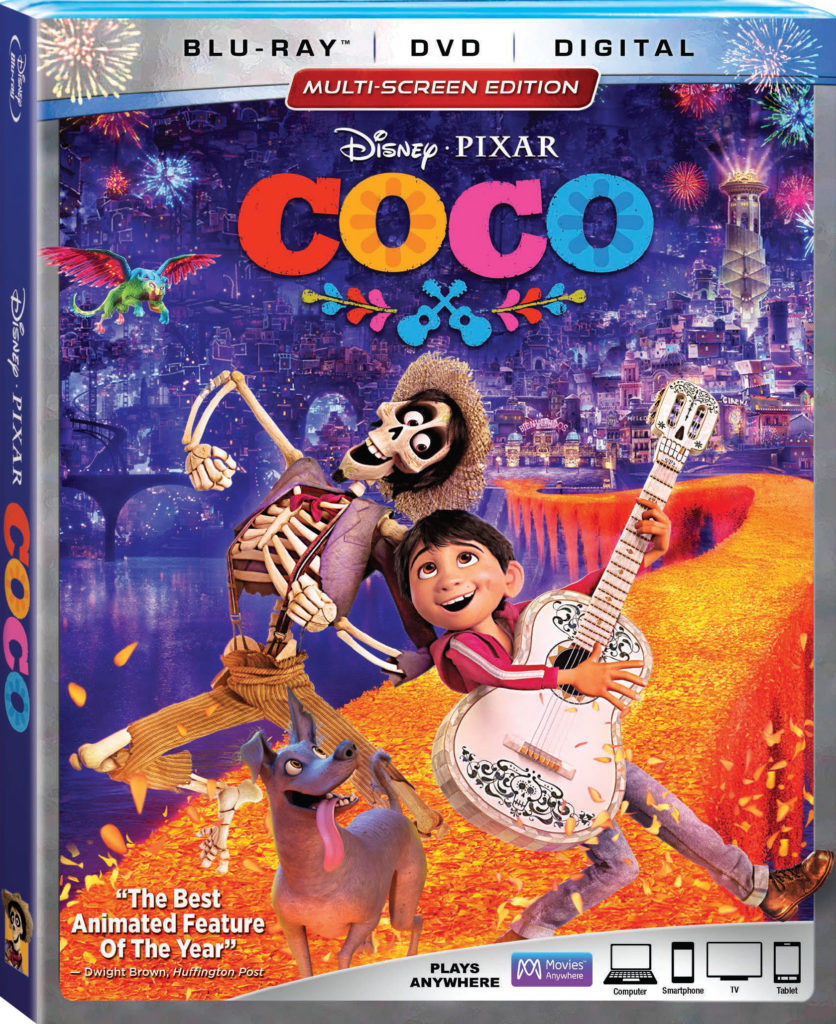