Location-based VR is becoming a thing. That was proven when I got the opportunity to try The Void’s Star Wars experience. Now, another player has hit the market looking to broaden the appeal of a premium, ticketed, virtual experience.

Enter Dreamscape Immersive. It’s a startup company that has already generated buzz, millions of dollars in funding, and a lucrative partnership with AMC Theatres before even launching its first experience. But now the world can finally experience why all this success is happening for them with Alien Zoo.

Located in a tiny pop-up next to a Tesla dealership in a premium shopping center in Century City, CA (outside of Los Angeles), Alien Zoo is the first public offering from Dreamscape that shows off the ability of their technology. Similar to The Void, however, technology is shrouded from the moment you step foot into the Alien Zoo lobby. You’re met with what you can probably describe as a modern-day explorer’s office, filled with encased insect eggs, colored pictures of creatures that you’ve never seen before, research books…and Dreamscape-branded merchandise.

Clearly (besides the branded merchandise), you are already being invited into a story, one filled with discovery and alien creatures even as you wait to proceed to the next step in your adventure.

Stop and think for a moment; does that sound familiar to you? If the process does seem familiar, that’s because it is. It’s a very Disney thing to do – waiting in line, but seeing your surroundings and thinking ‘yup, it’s story time.’

The Alien Zoo story begins the same as an Indiana Jones Adventure story because it’s being helmed by a former executive of Walt Disney Imagineering – Bruce Vaughn.

For Vaughn, his idea of creating an immersive experience is grounded in story and much of what Dreamscape Immersive’s experiences will focus on is the narrative.

“There’s nothing more compelling to us as humans than a good story,” he told me in a phone interview. “Like in my days as an Imagineer, I want to be able to put people in a movie and take awe in knowing that.”

That feeling of being in a movie quickly becomes part of your experience the moment you gear up with a lightweight vest and a virtual reality headset. You’re asked to walk toward a lighted platform before that platform feels like its taking off from Earth to this bubble-like environment floating in deep space. The bubble is Alien Zoo! Your platform enters this environment and your British-sounding audio guide welcomes you as a scenic vista opens up to a lush world that looks familiar with alien plant-life and these guys dinosaur-looking creatures. If this is starting to sound like the open to the movie and “theme park” that is Jurassic Park to you, then that’s exactly what Vaughn wanted you to think as you entered this world. 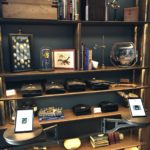 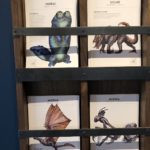 The entire experience lasts about 20 minutes and while I won’t go into describing everything I saw, Vaughn agreed that it’s something you need to experience yourself because like theme park attractions, “words can’t describe them fully,” he said. “They need to be felt.”

Dreamscape Immersive’s approach to making people ‘feel’ takes much of what Vaughn learned at Disney where Walt Disney turned amusement park rides into theme park experiences by wrapping them in great stories. Vaughn’s most recent Disney work before he left for Dreamscape Immersive included the Na’vi River Journey attraction that’s a part of Pandora – The World of Avatar in Disney’s Animal Kingdom at Walt Disney World resort in Florida. Like other Disney “dark rides” including classics like Peter Pan Adventure, guests are taken from one scene to another with some story progressing with each passing scene.

In Vaughn’s view, alternative to building a multi-billion dollar land, you don’t need to create multi-million dollar rides and lands to make people feel like their stepping into a movie’s story.

“The virtual world releases us from those cost, time, and other resource restrictions,” he said. “The freedom that it gives someone to take part in something makes something like Alien Zoo even more compelling.”

Vaughn went on to tell us that the entire experience is a combination of robotics, physical sets, special effects, and specifically invented software technology; all of which are mixed together harmoniously to create everything you see and feel while on your tour. These elements can also be changed out for new experiences with new programming in a matter of days. While the technology and logic behind location-based VR experiences is complicated, the experience itself should not be. That’s why Vaughn and his team took great lengths to make sure that each moment of your visit to Alien Zoo didn’t feel, well, alien.

“Your story begins where you blast off from the Westfield mall. You play the role of a guest, not an alien. You’re asked to shine a flashlight in a dark place. It’s all meant to be easy!,” he shared.

And the easiness of the experience is purposeful. Not only does Dreamscape Immersive want to help people enjoy their product, but expand on the story that location-based VR is a good alternative to going to a theme park.

“There’s certainly a lot of overlap,” Vaughn said thinking about theme parks and virtual experiences. “But there’s something incredibly unique about each of them. He went on the describe Alien Zoo in the idea that you could put something as large as a zoo in a few hundred square feet. “You kind of have to admit that this is kind of impressive.”

Lots of people seem to believe in at least the prospect of being entertained in a hyper-real way. Tickets for Alien Zoo have sold out for its limited-time run. An extension was already made due to popular demand through March 16, but all tickets have sold out till then as well.

While Alien Zoo might not be available to experience at the moment, Vaughn noted that they hope to take all their experiences “on tour” so that others may try their new form of entertainment.

It’s still to early to gauge the success of Alien Zoo and the overall impact that location-based hyper-reality experiences will do for the industry, Vaughn hopes that their success would translate into a world-changing movement for those wanting to be entertained.

“I’d like to think that our product (hyper-reality) is like the printing press,” he said laughingly but seriously. “The epic invent of something like that to expand reading was amazing. Hopefully Alien Zoo and future Dreamscape (Immersive) projects will do the same and expand the accessibility and audience of epic experiences.”

Our special thanks to Bruce Vaughn and Dreamscape Immersive for allowing us to try Alien Zoo and be interviewed for this story! 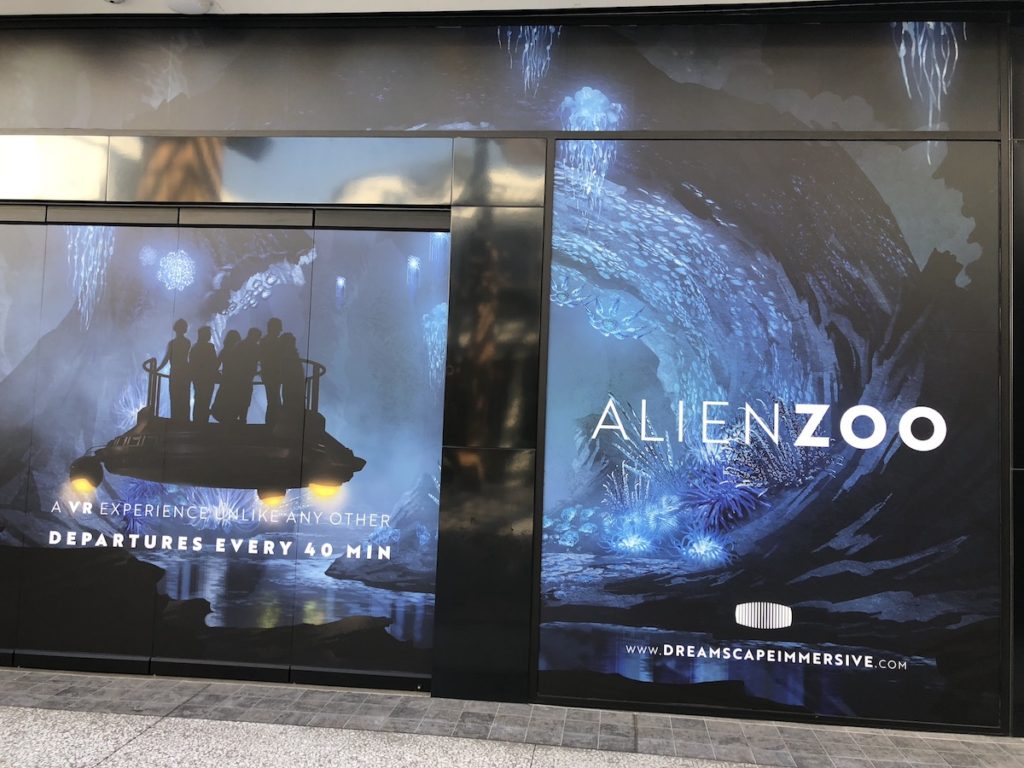