For close to a year, guests visiting the Downtown Disney District in Southern California were sure to pass by the closed off area that used to be the site of the very prominent House of Blues Anaheim. Since its closing back in May of 2016, the large two-story building was eventually demolished to make way for something new – but for what?

Not even close. Disney announced that the sound of falling bowling pins would replace the wide ranging sounds of music. Enter Splitsville Luxury Lanes.

Those who have visited Disney Springs at the Walt Disney World Resort in Florida have already seen another Splitsville. Since 2012, the location of the “new restaurant concept” started by co-owners Guy Revelle and Mark Gibson has had success bringing in a good portion of Disney Springs’ foot traffic for drinks, food and the occasional bowling game. With the opening of their first California location, they hope to do much of the same here.

“Disney knew they wanted bowling on property; there’s something about bowling and Disney together,” said Guy Revelle, the co-owner and co-founder of Splitsville said to us in a phone interview, reflecting on the origins of their business relationship with Disney. “They did their research and found that there were a lot of similarities in our goals.”

Those similarities, according to Revelle, included a hands-on approach to management, a focus on great food and drinks and a commitment to creating a place where people of all ages could create memories together. Their second location on Disney property in California had to maintain these traits, which became standards that Disney set for the company.

Each Splitsville location has a theme and tells a different story, which was another reason why Disney wanted to work with Splitsville. “The environment you bowl in matters,” noted Revelle. “We wanted each Splitsville to transport you into something new and different – just like Disney does.”

The California location was inspired by California, of course. Revelle said that the design includes hand-painted murals flanking all the lanes. Some depict the Southern California mountain range, others show a take on the California state flag and of course many include “hidden” Disney nods.

Just a few weeks ago, the entire art-deco type building began a soft-opening period. That was after Splitsville representatives announced that their original January 29, 2018 Downtown Disney grand opening was to be pushed back. According to Revelle, it was due to the complex retrofitting of the existing building and continuing efforts to meet Disney’s requirements for guest experience.

“We understand that their stricter requirements are to make us better,” Revelle said. “We want to make sure that our food, bowling and the facility would be perfect for our guests.” After two months, it looks like perfection, in their eyes, has come. 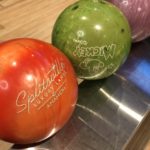 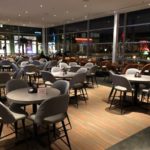 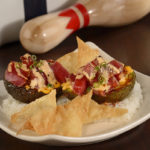 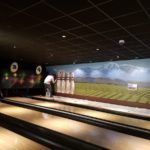 Splitsville announced the new grand opening of its Downtown Disney location to be March 15, 2018 (and be sure to check DisneyExaminer on social media to see the event – we’ll be there!).

Another grand opening with Disney under their belt gives Revelle and the rest of the Splitsville team another affirmation that they’re doing things right – with long-lasting inspiration by the Mouse.

“We call our staff cast members, too,” Revelle laughed. “We’re more similar than they probably think.”

Our special thanks to Guy Revelle for taking the time to chat with us for this story!