This past week, iconic boy band *NSYNC finally received their star on the Hollywood Walk of Fame to the overwhelming cheering of a very excited crowd. *NSYNC has always held a special place in the hearts of many teen girls, nostalgic young adults and, because of their great connection with the company, Disney fans as well.

*NSYNC and the Disney brand have had a strong relationship over the years. *NSYNC singers Justin Timberlake and J.C. Chasez starred on “The Mickey Mouse Club” in the early 90’s, performing acts like “Cry For You” with a young Ryan Gosling. The boyband rose to fame parallel to some of Disney’s most memorable media channels, including Disney Channel and Radio Disney, on which *NSYNC was often featured. *NSYNC was even featured on the soundtrack to “Tarzan” (1997) for their catchy song “Trashin’ the Camp.” 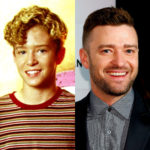 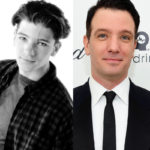 The relationship between Disney and *NSYNC was fully celebrated in one of the very first productions of Disney Channel in Concert, which has featured artists like 98 Degrees, Aaron Carter, Britney Spears and more. In the video below you’ll see the opening of Disney Channel in Concert with *NSYNC, which begins with a flying magical poster through which the boys introduce themselves. Between shots of behind-the-scenes concert preparation and an excited crowd, we’re brought to the Chinese Theater in Disney-MGM Studios (now Disney’s Hollywood Studios) to watch an energetic performance of “Crazy For You.”

Take a look at the video below to see *NSYNC and Disney come together in a blaze of 1998 glory:

It’s surreal to compare the members of *NSYNC then and now. While much has changed, a few members still have ties to the Disney brand: both Joey Fatone and Lance Bass have been contestants on ABC’s “Dancing with the Stars” (seasons 4 and 7, respectively) and Bass has voice acted for the Disney Channel show “Gravity Falls” and as Sephiroth in “Kingdom Hearts.”

Though *NSYNC disbanded in 2002, their close relationship with Disney reflects a nostalgia that many of us still enjoy, made obvious by the huge crowd that came together to celebrate their Walk of Fame Star. Perhaps this celebration will lead to more reunions and maybe even more creative projects with Disney.

Congratulations to *NSYNC, and here’s hoping for more Disney collaboration in the future!