**DO NOT READ BEYOND THIS POINT IF YOU DO NOT WANT THE SHORT SPOILED FOR YOU!**

While you might have enjoyed watching the sequel to “The Incredibles” this weekend, you shouldn’t forget about the incredibly touching (and somewhat shocking) animated short that was played first.

“Bao” tells the story of a mom and her son as told through food, namely her son who she introduces us to in the form of a bao bun, a Chinese snack food. It starts with the mom “making” the bao/son to seeing it grow over time into a “mature” bao/son that meets a girl and is right about ready to get married and leave home and mom forever.

It’s in that moment when mom starts tearing up while holding on to her bao/son as he tries to exit the house that she does something rather strange to say the least: she eats him!

You heard that right. She technically eats her son. Some would say that was predictable, but if the shock and loud “AH!” from the audiences I’ve seen the film with (press and families who got advance tickets), I would argue the opposite. 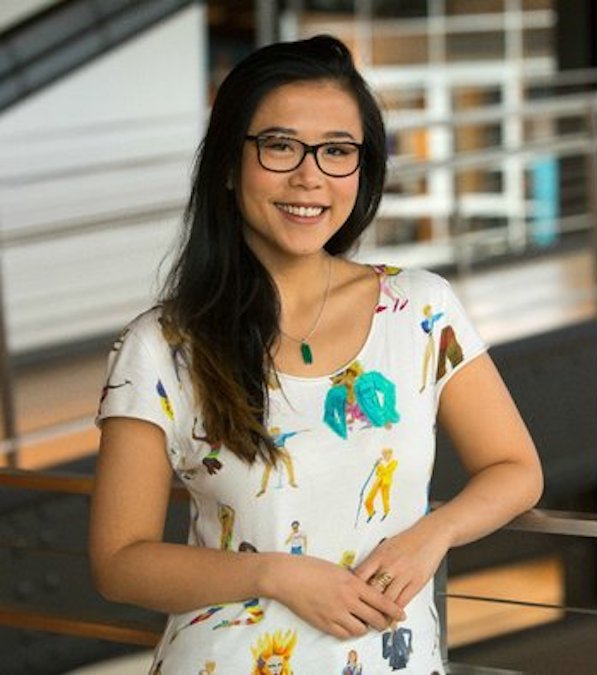 While the next few scenes after that moment reveal that the bao bun was actually a representation for her real son who did leave her years ago, it still was a moment worth discussing in itself.

“I knew this was going to surprise people,” writer and director Domee Shi said to a gathering of press early last week. “You’re supposed to feel something because the mom certainly felt something when she did the act.”
Shi went on to say that it was a “crime of passion” that needed to match the heat of the moment. “As a parent, it’s a struggle to not contain how you feel when your child leaves (you) for his or her own life.”

While Shi’s mom was used as inspiration for the mom figure in the film, she insisted that her own relationship with her mom becoming an “empty nester” isn’t something that Chinese people struggle with, but everyone. “There’s something about food and family that go together,” she told us. “In our story, the mom’s manifestation of her love is through her food. That’s something everyone will get and react to in a similar way.”

Originally, Shi mentioned that the original story was going to be way darker where the mom did eat a “bad bao,” got sick, and ended up in the hospital. The reveal moment would be when her real son would visit her in the hospital, but it was cut altogether.

For all this interest in this “cannibalism” moment, one member of the press quickly questioned whether or not this scene would frighten young viewers.

“While the moment is extremely exaggerated, many young kids that we’ve shown the short to already seem to get what it means,” Shi said. According to her, one 10-year old child reacted by saying to his mom, “You better not eat me when I go to college!”

“Bao” can be seen in front of “Incredibles 2,” now in theaters.