Editor’s note: Our “Ant-Man and The Wasp” press conference story comes from our contributor Matthew Markulis. Read his review on the film here.

At the press conference for “Ant-Man and The Wasp” in Pasadena, CA a few weeks ago, the cast and filmmakers were gathered to give more insight on the film and it’s journey to gathered press who just saw the film the night before.

It seemed that seemed all the questions asked stemmed from the grounded, real-life nature of the film. Coming from the inter-galactic super adventure we had with “Avengers: Infinity War,” those gathered seemed to have agreed that this was a nice contrast to that and all the other Marvel Cinematic Universe (MCU) films as well. One of the first questions asked to the panel was how they felt about the ‘villain’ of the film. Evangeline Lilly aka The Wasp had an interesting take. 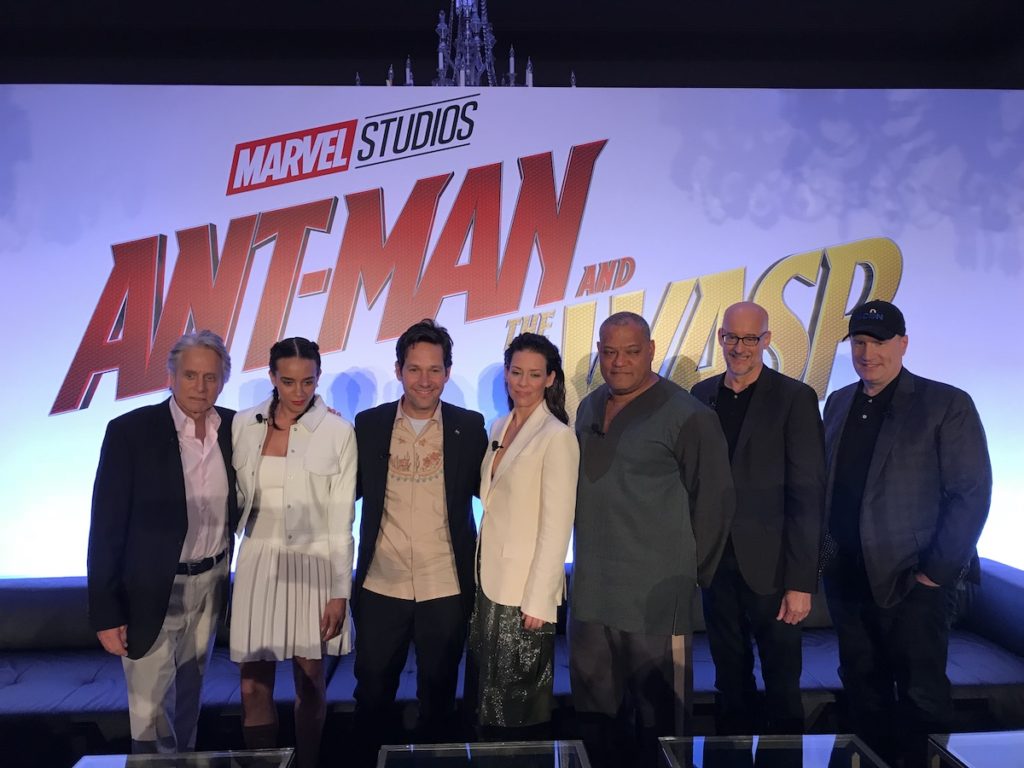 The character of Ava/Ghost, played by newcomer to the MCU Hannah John-Kamen, doesn’t fall into a definitive black-and-white category. She really is just trying to take care of herself, albeit with little to no regard for anyone else. The larger point that Ms. Lilly made was that she enjoyed being able to see something that was clear: unpredictability.

“There are no bad guys, just good ones who’ve made so many bad decisions that they don’t know how to be good,” she said. This resonated with the entire room as a lot of the commentary focused on the real humanity of the film.

In a lot of ways, both Ava and The Wasp are strong, dynamic, and unpredictable women leads that surprisingly ground the film even further and more believable and in turn, enjoyable. Marvel Studios president Kevin Feige also seemed to have agreed. When asked about future Marvel films having more strong women leads, he said the entire studio is open to more stories of “Ant-man and The Wasp” while being incredibly mindful of not giving anything away from future storylines that are waiting in the wings.

“That’s not the last time you’ll see The Wasp or characters like her in our future films,” he teased.