I always get to where I’m going by walking away from where I’ve been.

Like our favorite Pooh Bear, Christopher Robin is bright, cheery and surprisingly profound.

The movie revolves around the premise that Christopher Robin grows up and no longer has the same whimsy and imagination as his younger self. After he leaves the hundred acre wood, we watch as Christopher slowly becomes more and more jaded by the world until his life is consumed by the demands of his job.

The movie is full of poohisms. The friends from the Hundred Acre Wood are funny and nostalgic (although gopher isn’t there). And best of all, Christopher Robin and his family (yes, he has a family!) get a happy ending. 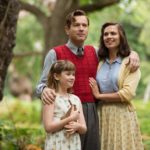 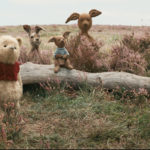 While many may dismiss the conflict and resolution of Christopher Robin as too easy, there’s something to be said about a movie that gives a protagonist in pain a happy ending. Perhaps one of the most notable aspects of the movie is how relatable Christopher’s conflict really is. He is focused on work, forced by higher ups to make painful decisions, and isn’t around to watch his daughter grow up. Yet he loves his family and sees work as a means to support them.

It’s only when Pooh and his other friends from the Hundred Acre Wood come into Christopher’s life once more that he realizes that he is missing the best parts of his life. But until then, Christopher is very much like many of us: overworked, though with good intentions. 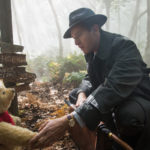 And when Christopher finally does come around, he gains not only perspective, but also triumphs against the “evil” of the big business he works for. In the process, he also benefits those working under him with a solution that – literally – gives more to the working class. Christopher begins as a part of an oppressive system and, by the help of his friends and family, ends up a hero. It’s a fantasy for many who are working today, and when coupled with classic characters we know and love, Christopher Robin is an encouraging, charming reflection of what growing up could look like if everything goes right.

Some may criticize the film for being too ideal, but the change that Christopher undergoes develops his character rather than bringing him back to his childhood self. Christopher does not become a child again, but instead remembers what childhood was like and applies that to his adult world. The results are profound and meaningful: through childhood elements like play, reflective thought and time to rest, Christopher gains a better understanding of how to live a fuller life. 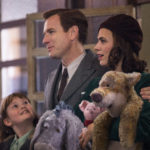 Similar to what Pooh says in the film, Christopher gets to where he’s going by walking away from where he’s been – at first away from childhood, and then away from choosing work over his relationships. He does revisit the Hundred Acre Wood, but ultimately his return as an adult changes him and helps him keep moving forward, happier and mentally healthier. The message of Christopher Robin is less that we have to become children again and more that we can use childhood lessons to live better adult lives, making the film just as much for grown ups as it is for kids.

It’s definitely a film that asks you to question where you’re putting your time and effort. If you want to see how your childhood can make your adult life better – or simply want to see Winnie the Pooh and friends in action once more – then this movie is for you.