It was the most recent D23 Expo that many fans who were in the always very long Walt Disney Studios animation presentation were treated in seeing a very specific scene in “Ralph Breaks The Internet.” It was later lovingly called the “Oh My Disney” scene, as seen above.

As it did with the D23 Expo audience, it got the entire internet talking about the scene as well because of its very intentional parody of Disney’s princesses. It’s something that the Company hasn’t openly done before and has refused other studios and creators’ request to do the same. So why was now the appropriate time? Apparently, just by begging the question and seeing what would happen.

That’s according to Pam Ribon, a co-writer on the “Wreck-It Ralph” sequel, who decided to pitch the idea to co-directors Rich Moore and Phil Johnson on including something “meta” in the film. “Everything about the film is the internet,” she said to us during an early press day for the film at their studio in Burbank, California. “And so what breaks the internet? Let’s try and do that with something Disney.”

She personally related herself to being like Vanellope Von Schweetz in the film, the other protagonist alongside Wreck-It Ralph himself, in that she doesn’t know where she fits in. It’s in the process of finding that identity the Ribon got the idea of having Vanellope connect with Disney’s princesses who very much know who they are and see what would happen. 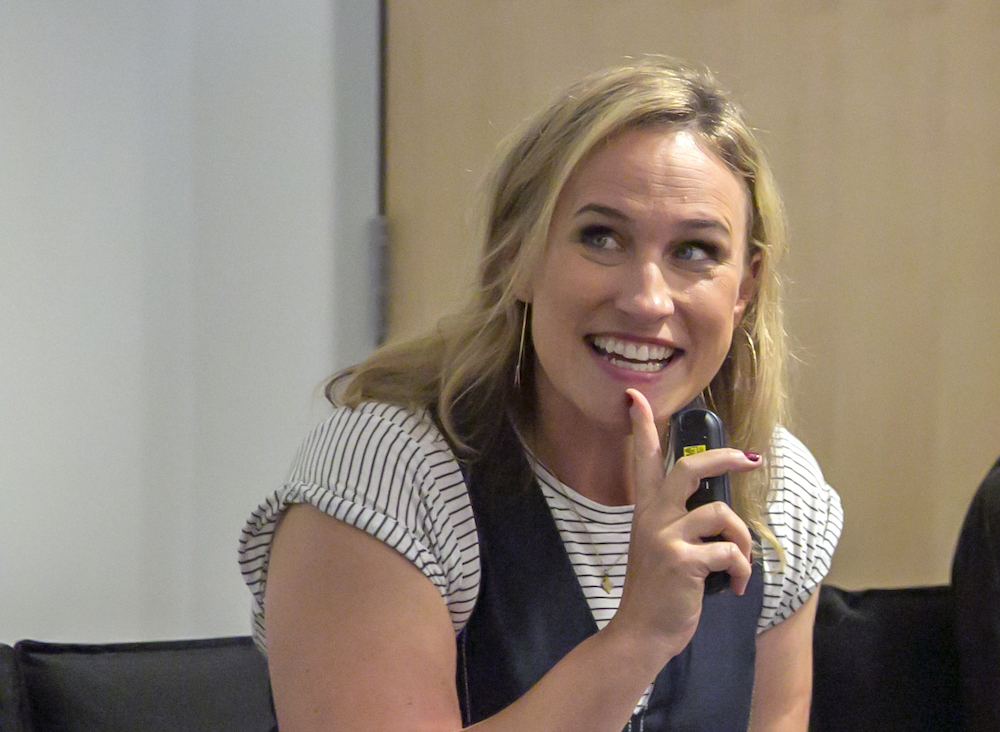 Together with her friend Elise Aliberti at the studio whom Ribon calls a “Disney-pedia of Disney knowledge,” she began writing a script where Vanellope meets these Disney princesses in a place called Oh My Disney (which is a real branded content culture website run by Disney) and where the identities of all these princesses would be challenged. Aliberti verified all the tropes that Ribon wrote with her Disney knowledge and proceeded to pitch it to Moore and Johnson. And these tropes were things that very much questioned the personalities and character of these princesses in a non-flattering light, to which Ribon wondered if she would get fired if she pitched it. “Or something really big was going to happen,” she continued.

She ended up braving the two directors with Moore simply replying with a smile and saying, “Could we get away with this?” according to Ribon. The next step was to show the concept as a “demo reel” of sorts to the creative leadership of the film and the crew which would determine if the sequence would be included in the film’s production pipeline.

As fate would have it, the audience laughed and applauded and made Ribon realize one thing that came with the approval – they needed to actually make this happen. The scene itself didn’t really change from what Ribon originally wrote, minus a few lines. “After that screening, we really didn’t have any restrictions to what we could do with the scene. That helped a lot,” she said laughingly. Together with hundreds of teams, including the original voices of the Disney princesses themselves, they began work on what is easily the most memorable scene in the entire movie.

But why? While Ribon said that the scene shouldn’t be the exclusive reason why people should see the film, she offered a few reasons why it works for so many interested audiences already.
One reason arguably is that it has a bit of risk to its reward. “Disney and more importantly our characters are storied and classic,” Ribon later said to us in a separate interview. “People created legacies and poured themselves into these characters. What we were doing runs the risk of all of it being misinterpreted and in turn, offending these people and fans.” 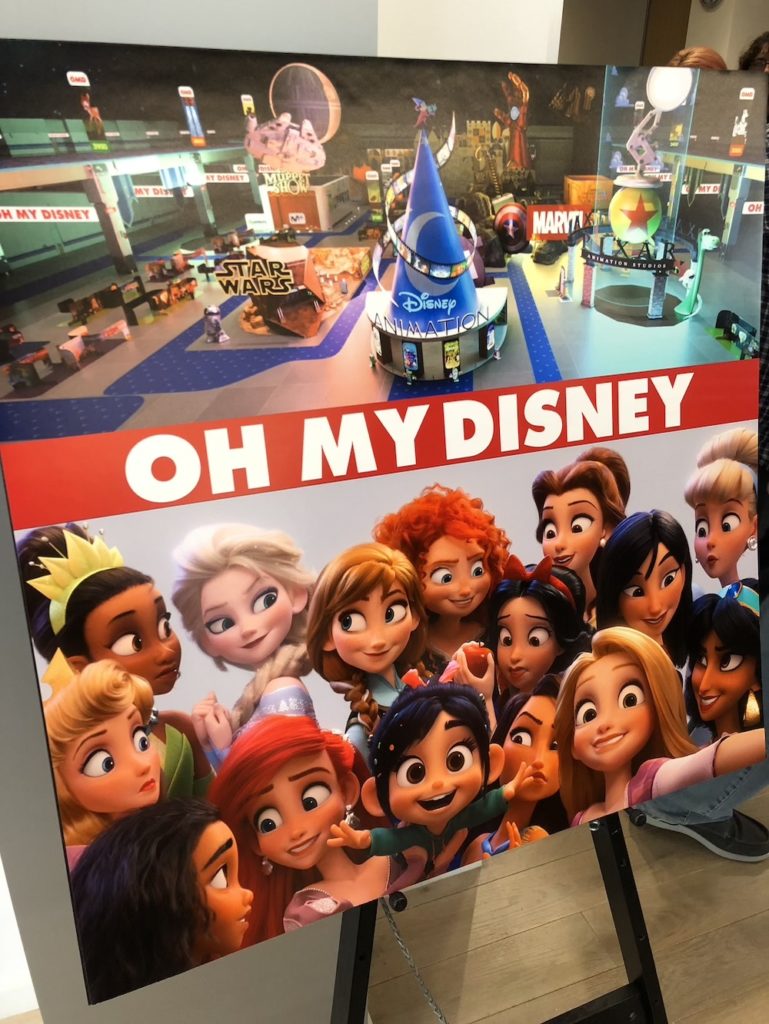 She continued, “It isn’t meant to be a dig at anyone’s ability or legacy, but more of an opening to be able to show the world that these characters have another, more human side to them apart from their film. It just so happens that we reveal that through something funny.”

Another reason that it’s sticking in people’s minds is that it’s something that many people have thought of before. “Who hasn’t thought of Jasmine quirking at the idea of when her fellow princesses complain about their soft pants? Or what all of them think about having to be saved by leading men?,” Ribon argued. “We just went there. We hope that the scene also gives people the permission to say that it’s all good to laugh at something like this.”

Beyond all that, however, there’s a bigger reason why all this parody works. The princess scene wasn’t the only Disney thing that was included in Oh My Disney-land in the film. Moore and Johnson also included all of Disney’s franchises and specifically features their movies and characters. For example, you can see Stormtroopers walking in a scene, Iron Man flying around in another, and even Mr. Fredericksen’s balloon-assisted house. But it didn’t even stop there!

Nods to Disneyland and the other Disney Parks can also be seen, including the place where the princesses gather with Vanellope. It’s actually a room inspired by the Disneyland Dream Suite at Disneyland Park, the invitation-only suite that’s used for special events and special promotional overnight stays. While visiting the suite, Ribon and her team also visited with the “real” Disney princesses that you can meet and take pictures with at the parks.

In the end, it really is a Disney-palooza that, while very funny, is very much a flex in Disney’s muscle as an entertainment and cultural powerhouse. It’s not too often that you have creators and studios creating things that make fun of their own characters and worlds. But the mere idea that Disney did take the creative risk and has succeeded with getting even more people excited to see the film outside of that initial D23 Expo audience backs up that claim a lot.

You’ll probably just want to see it all for yourself when “Ralph Breaks The Internet” hits theaters on November 21, 2018.