1999 wasn’t just an exciting time for people who were waiting for the Millennium to come. It was just as exciting for a young Rob Richards.

Richards was a organist for a popular tourist destination in Arizona called the Organ Stop Pizza. “The organist world is a small world,” said Richards to us over a call. “News spreads quickly, so when I had heard about this rumored opportunity, I had to act.”

That opportunity was that Disney, who had previously purchased the El Capitan Theatre in Hollywood, CA in 1991 was looking to buy a pipe organ and install it in the theatre. So obviously, it needed an organist to play it.

According to Richards, his father had a mutual friend who was an agent in Los Angeles and asked his father to reach out to him to get more information. “It turns out my dad’s friend knew exactly who was in charge of the project and set up a meeting for me with Ed Collins to chat more.”

Collins, who still is the General Manager of the El Capitan Theatre, met with Richards around 1996 who moved to LA to make his case for the job (“I love Disney, organ music, and can even find an organ if you need it!”). While it would be a few more years before an organ could be found and installed, Richards got the call he was never expecting.

In May 1999, Richards became the official House Organist for the El Capitan Theatre. Before his first public performance, Richards took all the knowledge he had to create the arrangements of Disney songs and medleys that would be played. He also had to get accustomed to the organ itself, a historic Mighty Wurlitzer Theater Organ complete with four keyboards and 2,500 pipes. 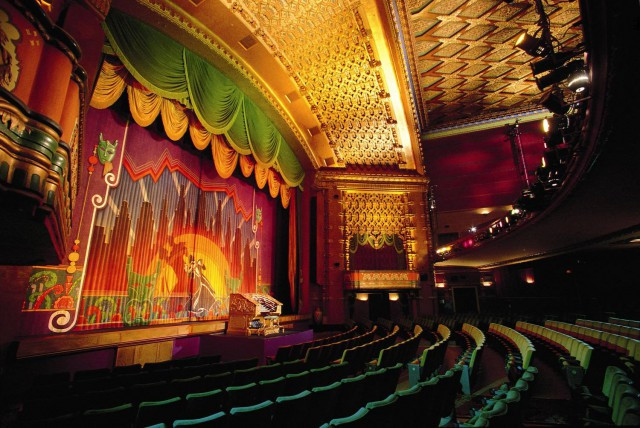 It didn’t take long for Richards to find his new home with the organ and the historic movie palace. Now nearly 20 years of being in the role and thousands of performances that include Hollywood’s elite celebrities and executives, Richards wants to say ‘thank you’ in the only way he can.

‘To Disney, With Love’ live performance event will be the first time that the El Capitan will lend itself to an organ concert, where Richards will be playing tribute to Disney and the countless Disney songs that he’s played over the years. “It’ll just be me, you, the organ, and the Disney melodies that we all love,” said Richards about the special evening.

“I’ve always wanted to do this for all the Disney fans who’ve come to not only watch movies here, but hear the organ,” he said. “There are those people!”

Tickets for this one-night-only celebration happening on Monday, February 4 at 7 pm at the El Cap are now available at ElCapitanTickets.com.

Our thanks to Rob Richards and the El Capitan for taking the time to contribute to this story!