Just a few days after “Avengers: Endgame” debuted, a mysterious package came to the office. We quickly opened it to find us only becoming incredibly emotional.

Why? Well without giving anything away, it had to do with Endgame and Iron Man. That said, the package seemed to have been sent directly from Tony himself. It was an Iron Man drone!

Apparently he partnered with DJI (the largest and major drone maker in the world) to create a drone that had the technical capabilities and ease of use that he operates his suits with.

The drone itself is very small and lightweight – perfect for transporting around and discreteness for missions. Simply insert the included battery pack, download the app to your smart device, and you’re ready to fly.

Like most drones, this one comes with a HD-quality camera that is primarily used to maneuver the drone in the air, as well as take high-quality photos and videos.

Mr. Stark also equipped the drone with Friday, his personal smart assistant software, to be able to teach you how to fly the drone and even carry out missions. Don’t be surprised if you are called upon Iron Man and the rest of the Avengers to help save the world with your drone and smartphone shortly after your first flight.

The Tello Iron Man Drone is now available online for $129.99 on DJI’s website or in stores until Stark Industries can’t produce anymore. 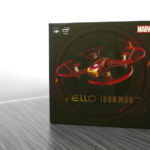 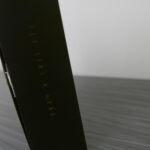 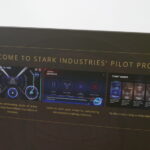 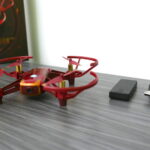 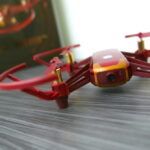 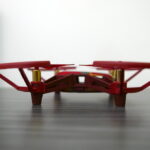 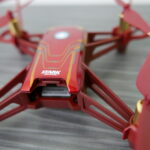 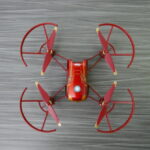 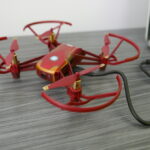 Thanks to our friends at DJI and Stark Industries for sending us this drone to share with you all!