Like many people, the first news about the live-action remake of “Aladdin” had me skeptical.

Naomi Scott and Mena Massoud, two relatively unknown actors at the time, were cast as Jasmine and Aladdin. Would they play the parts faithfully? Could they capture the characters and their development through the film, while also bringing in something new?

Of course, everyone was most worried about Will Smith (specifically, a very blue Will Smith) as the Genie. Who could ever pay homage to Robin Williams’ stellar performance?

Yet I walked out of the theater feeling good about “Aladdin.” It was, ultimately, a fun movie.

“Pleasantly surprised” seems to be the common theme between the reviews coming out, and I agree—this movie was pleasantly surprising. Maybe it’s because we lacked confidence in initial trailers and previews. Maybe it’s because we knew it couldn’t be a carbon copy of the original. Regardless of the reason, “Aladdin” defies expectations, honoring the animated movie while also staying true to new themes and storylines. 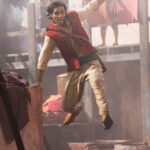 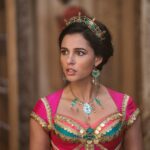 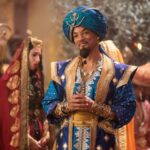 Will Smith is Genie in Disney’s live-action ALADDIN, directed by Guy Ritchie.

Contrary to initial skepticism, the actors carry this movie forward. Mena Massoud is funny and charming, much like the animated Aladdin. Naomi Scott portrays Jasmine as both independent and capable, a nice reflection of her cartoon counterpart. And Will Smith as the Genie is less like Robin Williams, and more like Will Smith. With a new persona, updated jokes and a few tweaks to lyrics here and there, Will Smith becomes his own kind of Genie. 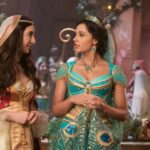 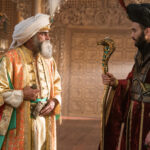 Navid Negahban is the Sultan and Marwan Kenzari is Jafar in Disney’s live-action ALADDIN, directed by Guy Ritchie.

The film also does justice to secondary characters: the Sultan is foolish and fatherly without being the caricature that he is in the cartoon, and Jasmine’s new handmaiden Dalia acts as both comedic relief and a positive female counterpart for Jasmine.

Jafar’s character is the least explored in the film, though certain scenes hint at the way his emotions and ambition drive him forward (and, eventually, to his defeat). I wish they could have spent more time on Jafar, but perhaps we’ll have to wait for a live-action “Aladdin and the Return of Jafar.” 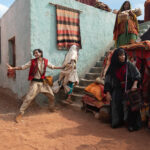 The movie is also, literally, fun to see. Lavish costumes, bright scenery and complex choreography reflected the fantasy of the story. While many were concerned about the CGI, the creators seem to have embraced it, matching the animated film in cheekiness and explosiveness.

“Aladdin” strikes the difficult balance between nostalgic and fresh. Sometimes during the movie I’d feel like a little girl watching the cartoon, at other times I’d feel like an adult watching something new. Unlike other live-action adaptations like “Maleficent”, “Alice in Wonderland” and “Dumbo”, “Aladdin” maintained the integrity of the cartoon while still showing us something unique. 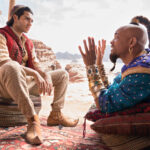 Mena Massoud as the street rat with a heart of gold, Aladdin, and Will Smith as the larger-than-life Genie in Disney’s ALADDIN, directed by Guy Ritchie. 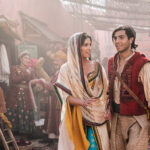 Naomi Scott as Jasmine and Mena Massoud as Aladdin in Disney’s live-action adaptation of ALADDIN, directed by Guy Ritchie.

I really wanted to like “Aladdin.” It’s one of my childhood favorites (just look at my author bio). I felt relieved walking out of the theater.

Because this film defeated expectations, it also elevates our hopes for future adaptations like “Lion King” and “Mulan.” Disney just has to keep walking that fine line between nostalgic and fresh.