“I’d like to think that it’s not an obsession. It’s a passionate hobby.”

The above is probably something that you’ve heard nearly any fan/collector has said at one point. But for Dave Sheegog, his massive fandom of all things Disney has lead to a passion project of “miniature” proportions.

Sheegog is a talented architect by profession, who is able to design, draw, and then make anything he sees. He decided back in 1999 to turn his rather small backyard at his house in Anaheim Hills, California into something he saw often: Disneyland!

Castle Peak ultimately became the manifestation of Sheegog’s hard work that consisted of hours of drawing out or scanning elements that makes up Walt Disney’s original theme park and then hand making or 3D printing those elements as miniatures. Like the real Disneyland, Castle Peak has changed in its layout and design, adding a near-perfect replica of Sleeping Beauty Castle, current rides like the Disneyland Railroad, and even the former attractions like the iconic Skyway buckets.

Sheegog also made a commitment to include characters from nearly every Disney and Pixar animated film in places in Castle Peak that mimic scenes that you might see them in in their films. So, don’t be surprised if you catch the Incredibles battling it out against Syndrome in the forest where below you’ll find the forest where Indiana Jones and his Temple of the Forbidden Eye can be found.

Over the years, Castle Peak has become a notable place amongst Sheegog’s neighbors, which quickly expanded into the city, and then outside the city to Disney fans around the state. It was a sign to Sheegog a few years back to share his creation with his fellow fans. He began an “Open House” program allowing visitors who are quick enough to nab an online registration a visit to his miniature Disneyland. And from what past visitors like Disney Legend Bob Gurr have said to him, it’s an amazing experience.

“I’m honored and touched that people find this place another happy place,” he said. “I can’t wait to do more.”

Our thanks to Dave Sheegog for contributing to this piece, and Richard Takenaga for the below photos! 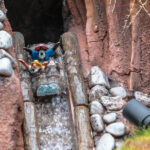 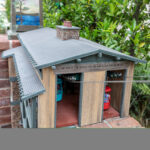 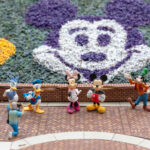 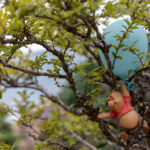 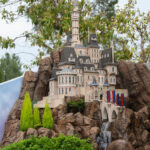 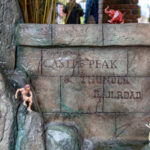 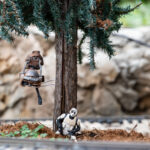 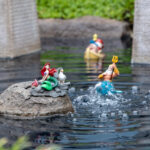 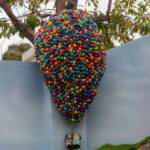 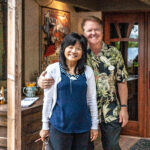 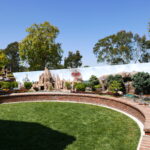 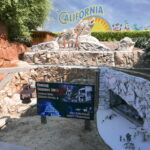