Editor’s Note: get the inside scoop on the Disney Vacation Club’s latest property, Disney’s Riviera Resort! Thanks to Zach Perilstein, guest writer, we have a special look at the special Disney details included in all the accommodations, food and amenities.

Disney’s latest vacation club resort is inspired by Walt and Lillian Disney’s travels to Europe back in the 1930s.

We got to walk through models of a deluxe studio and a one-bedroom villa. The rooms keep efficiency in mind, and there is tons of storage space. The details and art within the room really stand out. 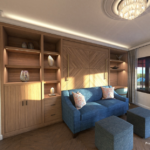 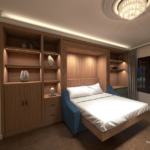 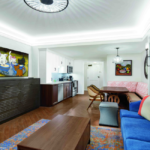 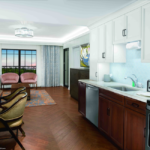 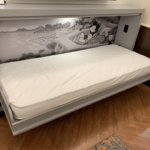 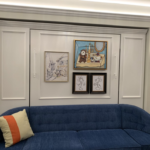 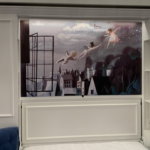 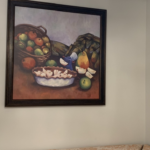 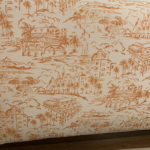 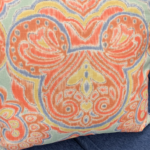 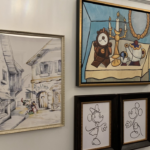 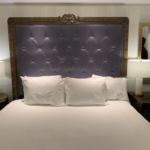 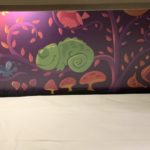 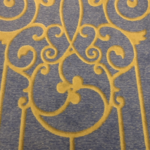 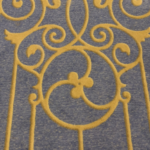 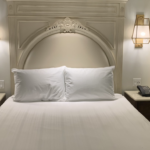 Riviera Resort is all about the details and efficiency when it comes to its design. The rooms will feature a stand right when you walk in so after a long day at the parks you can immediately set down your MagicBand and other items. The stand is also useful for remembering items in the morning!

Also, the rooms come with hooks for your coats and ponchos. The rooms are filled with hidden storage space and there is now charging ports on both sides of the bed, even for the pull out beds.

The other key part of Riviera Resort will be its European-style dining options. There will be a signature dining experience, quick service, and poolside service. 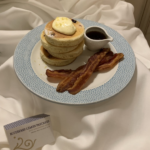 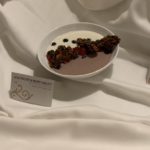 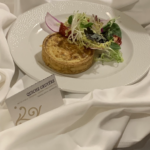 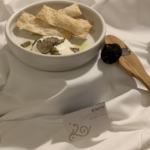 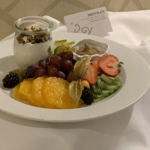 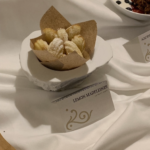 I had the opportunity to try two of the items during our preview. The Acai Yogurt & Berry Parfait and the Blueberry-Lemon pancakes with a little Quiche Gruyere were flavorful, and I would definitely order these for breakfast if given the chance to do so. 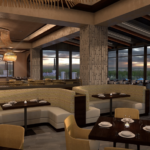 Topolino’s Terrace — Flavors of the Riviera will be the signature dining experience at Disney’s Riviera Resort. You’ll be able to dine inside or outside but you’ll get a view of both Disney’s Hollywood Studios and Epcot. This restaurant will be a hot spot to watch the nighttime spectaculars for both parks. The restaurant draws inspiration from the cliffside restaurants along the European Riviera. The name “Topolino” is actually the Italian word for Mickey Mouse.

The dishes will be a mix of French and Italian flavors. When speaking with one of the head chefs on the Riviera Resort project. He confirmed to me that there will be a burger inspired by French Onion soup on the menu. Which honestly sounds fantastic, and I can’t wait to try it.

Topolino’s Terrace will also be home to Disney character dining breakfast. The experience will be inspired by the Riviera region.

On top of Topolino’s Terrace, there are plenty of other dining options at Disney’s Riviera Resort. There is Le Petit Café based on the Disney film The Aristocats. During the day the café will serve coffee and lattes. At night it will become a wine and dessert bar.

Bar Riva will be a poolside bar serving European- and Mediterranean-style fare. The poolside bar will also be bringing a fan-favorite from Disneyland’s Blue Bayou in the Monte Cristo sandwich. The quick-service restaurants will have a more upscale feel at Riviera when it comes to plates and the actual food. The other quick-service joint will be Primo Piatto, which will serve tasty cuisine throughout the day and feature a “grab and go.” Primo Piatto will also serve handcrafted pizza at night. 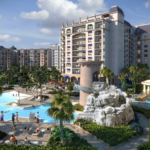 The feature pool the Riviera Pool will have lounge chairs, umbrellas, and a 30-foot-tall tower turret corkscrew waterslide inspired by old stone towers and the rocky cliffs of the European coast. The Beau Soleil will be the quiet pool for a more relaxing and chill experience. There will also be a water play area for the kids. The water play area will feature a fountain and the characters from Fantasia. The area is called S’il Vous Play. 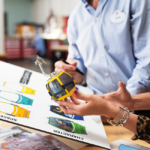 While speaking with Imagineer Missy Renard (Art Director, Riviera Resort). I learned more about the design inspiration and process for Disney’s Riviera Resort. “We were inspired by Walt and Lillian’s travels, and Walt had sent back over 300 books to the studio for inspiration,” said Renard. “We also looked at the art heritage of the Riviera region from all the modern masters to some of the classic painters. Because their subject matter was so diverse we took a diverse level of characters and incorporated them into our 40 custom art pieces. So, there isn’t just one particular character throughout the resort but we brought in that playfulness with a dozen characters.” 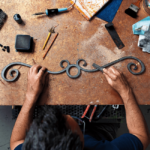 Disney’s Riviera Resort mixes French and Italian flavors, inspiration from Walt Disney, and world-class efficiency and design in this new Walt Disney World standalone Disney Vacation Club Property. Riviera Resort will celebrate the enchantment and grandeur of the European Riviera. The connection to Walt is definitely there.

The story of this resort should resonate with Disney fans and the details are astounding. Riviera Resort seems like an attempt at offering something new but still distinctly Disney for Disney Vacation Club members and Walt Disney World guests. This resort looks like it will be worth a Skyliner trip to visit.

Disney’s Riviera Resort is scheduled to open on December 16, 2019.