I entered a theme park attraction and 20 roughly 20-minutes later, I stepped out of a movie.

That’s not dichotomy or me writing poorly. That’s exactly what I felt like stepping out from my Star Destroyer Transport after a 20+ minute experience Disney is calling “Rise of the Resistance.” Like many Disney attraction titles, they often times spell out what people are going to experience. With the case of this Galaxy’s Edge attraction, it’s pulled directly from the new trilogy films that are going to finish up the 40-year Skywalker Saga.

You won’t find any references to Luke Skywalker, Leia, Han, or even Chewbacca battling it out against the Empire. Instead, you’ll find that you’ve been recruited by the Resistance to help infiltrate a First Order starship with the help of Finn, Poe, among others. 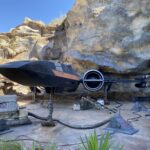 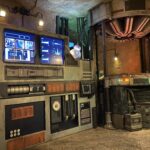 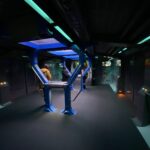 Not a long time ago, in a galaxy not too far away (taking place after the Battle of Crait in The Last Jedi if your Star Wars geekiness must ask)…

Your adventure sets itself perfectly amongst the setting that is Batuu, and more specifically, a Resistance base just outside the First Order-controlled Black Spire Outpost. You wander past a Resistance base marked by a turret aimed and ready to fire to get to find your assignment as you side with the “good guys” and want to help out.

After your recruitment welcome message from BB-8 and a Rey hologram, you’re quickly taken via transport to General Leia’s base via a transport ship when suddenly, it gets trapped in a tractor beam from a First Order Destroyer. From there, you end up in the hanger (yes, the one you’ve seen in many pictures across the web) with Stormtroopers standing at the ready happy to take you into custody.

From there, it’s straight into a ”jail cell” where you will be subject to interrogation as the First Order wants to know the location of the Resistance base where General Leia is and where you were originally traveling to. Kylo Ren and General Hux lead that interrogation, but quickly have to leave due to an issue on the bridge. Right after threatening us that they’ll return to get what they want and after escape for us seems highly unlikely, Resistance operatives and their trusty laser beams cut a hole through the cell wall and quickly lead you to a transport pod to get you to safety.

From there, the pod, operated by a Resistance-friendly droid, is quick to whisk you out of harm’s way only to have put you into it when Stormtroopers find you and take all deadly measures to try and stop you from escaping – including their blasters. 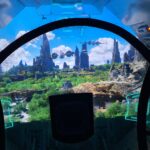 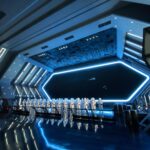 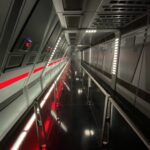 Blaster fire makes its way around every corner of the ship that apparently stows full-size AT-ATs, but that doesn’t compare to the threat of Kylo Ren who is committed to finding you and getting that base location. His chase even leads you to a lift where you think you’re safe until he starts cutting the lift’s roof off with his lightsaber.

With the help of the Resistance X-Wings and other fighter pilots, the Star Destroyer you’re on ultimately has sustained integral damage to the point that Poe says it’s time to abandon ship. That’s your signal to make your way to the nearby escape pods waiting to literally “drop” you off to the safety of a nearby planet (that’s conveniently Batuu). That does happen, but not before you have to maneuver through the space ‘dog fights’ that are still ongoing between the First Order and Resistance ships.

Your pod ends up getting hit by a rogue blaster forcing you to crash land to Batuu (and more conveniently Black Spire Outpost) miraculously all in one piece. Resistance leaders greet you there and thank you for not revealing the location of the base and asking you to continue your fight against the First Order as a bonafide Resistance operative.

As you were reading, did it ever occur to you that what I was giving account of was actually a theme park attraction? In all honesty, that’s a first-hand account of what I recall from riding the experience days later. The story was so clear in my mind and heart that I could recall it from the first ride.

In fact, it wasn’t a ride in my mind, apparently according to my written recollection of it. It was a movie, essentially a screenplay of one of the Star Wars films set to physical form. That’s exactly what Imagineers I spoke with throughout the multi-day press event to preview the ride said they were aiming for. Even other reporters I was with were using it to describe what they had just experienced.

To use their exact phrase that they used with nearly every interview they gave, this is the most “cinematic experience” they’ve ever created. 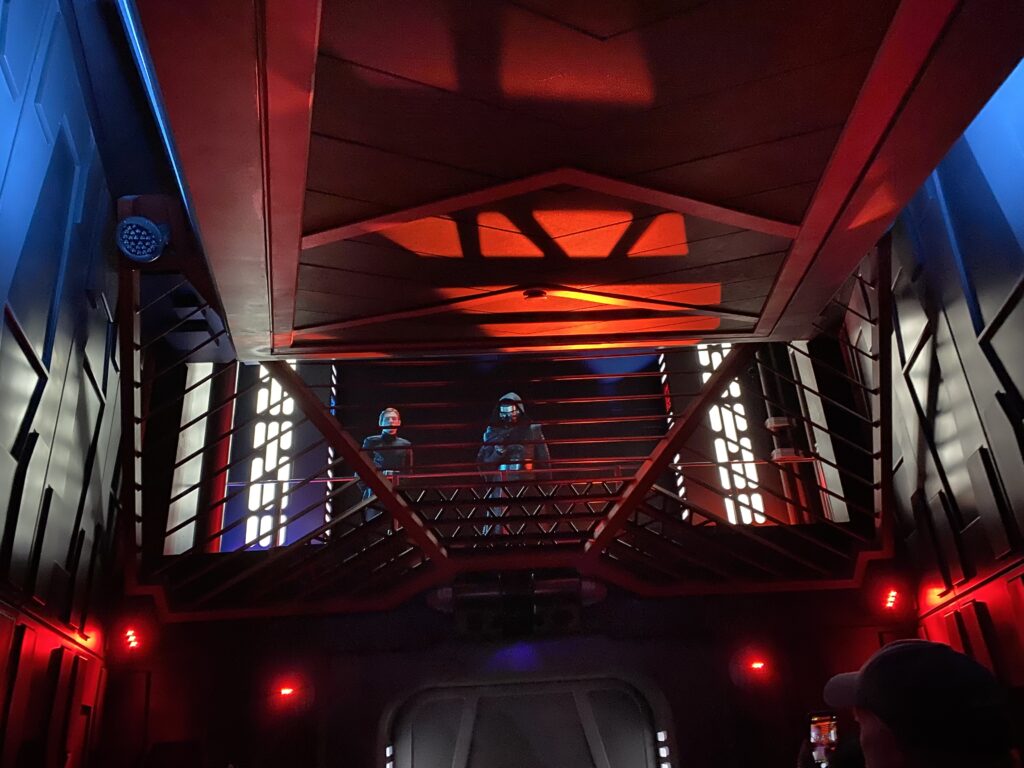 However, like the budget that the films were given, I’d argue that these weren’t movie sets at all. Imagineers also went on to say that they used nearly every trick in their 65+ year old book when making the experience, from trackless ride systems that prevented you from knowing where you are going, to the creative use of light when shadow to make blaster fire real. When you let your whole being go, everything you feel, hear, see, and touch was real.

With the opening of Rise of the Resistance, Disney has kept their promise when they first announced the making of Star Wars: Galaxy’s Edge back in 2015. That was reiterated by Disney Parks, Experiences, and Products chairman Bob Chapek at the grand opening dedication of the new attraction in Florida aka Batuu East: now, you can live out your own Star Wars story.

We’ll have so many more stories on Rise of Resistance, including interviews with Imagineering and Lucasfilm leaders and behind-the-scenes features at what it took to make it real. Keep it on DisneyExaminer.com and on social media @disneyexaminer for the latest!