I found myself one morning in one of the most creative rooms in the world: a story room at the Walt Disney Animation Studios in Burbank, CA.

The room was all black with hardware on the walls so that those working on films could hang artwork, storyboards, and scripts, as well as screen footage like dailies and movies.

That room, however, was the room where some assembled media and some leaders at the studio gathered to talk one thing about creativity: technology allows it to happen.

“What makes a good animated film?,” said Walt Disney Animation’s president Clark Spencer. “Compelling characters and environments. Today, existing and invented technology allows us to be compelling like never before.”

Nick Cannon, the chief technology officer of Disney Animation said, “Our team is comprised of software engineers who are artists in their own right. When we partner with the creative minds on the other team, look what we can do!”

One of the most recent collaboration between the teams was a VR short titled “Myth: A Frozen Tale.” It was written and directed by Jeff Gipson, who we profiled alongside his first VR short that also was the first that Disney released called “Cycles.”

For “Myth,” Gipson wanted to expound on the technical learnings that he and his small team gathered, but didn’t know what project to try it all out on.

“That’s when Jennifer Lee (Disney Animation’s chief creative officer and writer/director of “Frozen” and “Frozen 2”) came up to me during “Frozen 2” production and asked if I could do something with VR tied to their show. I couldn’t refuse,” said Gipson. 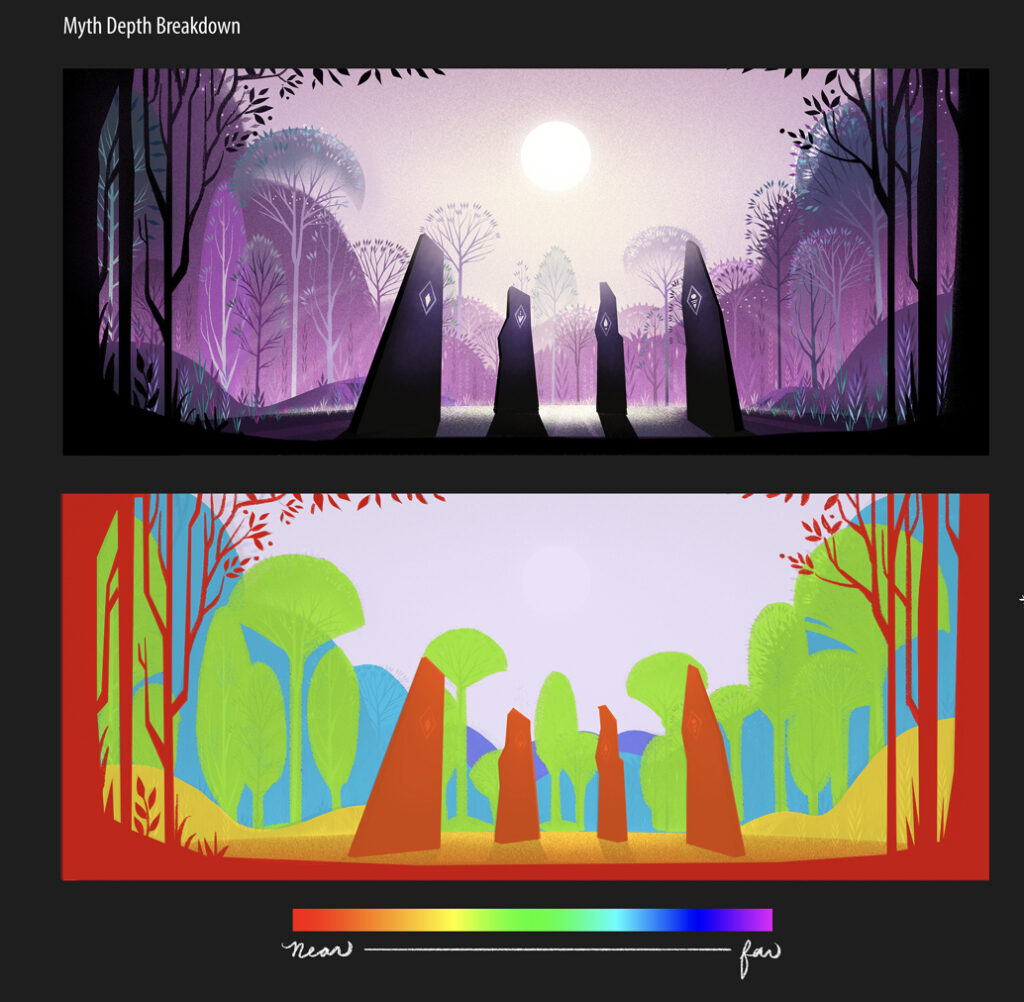 Lee offered Gipson and his re-assembled VR short team to explore the backstory behind the elemental spirits introduced in the “Frozen” sequel and which would not be explained fully in the feature.

As Gipson and team were looking into use of the elemental spirits, they quickly realized the very visual and ethereal spirits like earth, wind, fire, and water needed to be grounded in reality. That meant that it needed a good story to frame it all.

“Myths are great stories because they are real; epics that seem untrue but only because they are ancient. Nevertheless, they have relevance to any audience at any time,” Gipson said as he went on to tell his own family’s handed-down myth as told by his grandfather that included an epic historical figure: outlaw Jesse James.

While there aren’t any western fugitives in “Myth,” the believability of the story is only aided by the technology used like virtual reality.

The tech teams invented and built upon the advancements of working in VR through “Cycles,” like incorporating interactive elements so that virtual objects in the story would react to your movements and even your body’s figure. They also included a way to make sound in the film directional, allowing artists to place sounds in a space as the viewer of the film saw them, immersing them even deeper in the story. The so-called “Gomez Effect” invented by someone on their team of the same name was used that allowed animators to direct a person’s field-of-view by a creative use of gradients and sound.

The teams also included traditional artistic methodologies like using hand-drawn animation to storyboard and ultimately incorporate into the film. Together with the creative team that included a well-known and talented visual development artist named Brittney Lee who helped create the mythical yet grounded look of the film, “Myth” started to become a reality.

Overall, the entire production process happened alongside “Frozen 2’s” production, with 10 months dedicated to creating the virtual reality animation that the team imagined would be a VR version of Walt Disney’s classic “Fantasia.”

The work ended up being a beautiful “seven-minute short” as the team describes it, minus the VR part.

“We hope you like the short because it’s entertaining, not because it’s VR,” said Gipson. He went on to say that “Myth” could be enjoyed without the VR element and that they have a flat 2D version of the short ready to share with the world.

As for when you can see the film in either VR or not, that has yet to be determined. “I think no matter how you view our film, you’ll feel for it immediately,” Gipson said in closing. “We’re just so happy that we got to blend a lot of what we’re known for into something that this entire studio is proud of because it adds value to the ‘myth’ of how this studio was created in the first place,” he said recalling Walt Disney and his advancements in animation and technology that has allowed them to do what they do today over nine decades ago.