Since its very beginning with Walt Disney, the 90+ year-old Walt Disney Animation Studios has relied on a select few within its ranks for creative leadership. It began with Walt Disney himself and his so-called “Nine Old Men” whom he placed trust in their vision and execution to make what we know of today as the Disney animated classics.

In the years since, the studio still has a “story trust” group comprised of many past feature film directors and producers from whom new projects come from. For those who work on those films like animators, riggers, lighters, and more, their own ideas had to take a back seat as they created someone else’s vision.

To help do that, the Short Circuit program begins with a total break in protocol: allow the submission of story ideas to come from anyone. Yes, anyone… “as long as you’re employed by the studio!,” said program manager Nicholas Russell.

Russell, who got his start at Disney Animation in creative development, said that as much as he sees the benefit of creating animated shorts for testing new technologies and visual styles, the real benefit has been seeing new stories come from new voices from his colleagues.

”This place is pretty small when it comes to number of people comparatively, but it feels so large because we have the world’s best artists here – and none of them really know what each other can do.”

Those unintended creative silos went away quickly as those who didn’t have a voice or platform now had opportunity to tell their stories. All they had to do was submit a story pitch with some artwork.

From there, the blind submissions would get reviewed by a separate panel comprising of creative leaders from nearly every creative department at the studio, another important departure from protocol. The group would then pick the story and artwork that most resonated with them (not the Disney brand) and then reveal the name of who put it together. Once informed of their selection, the pitchers become directors who will be tasked with putting together an animated short together with a producer, a production team, a mentor, and a deadline (roughly 3-4 months) to create a 2-3 minute film. 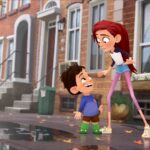 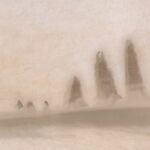 The Short Circuit program has gone through three cycles so far with new creative leader talent emerging from the ranks across the studio with their own unique, sometimes unfiltered stories.

Zach Parrish, an experienced animator on who worked on films like “Tangled,” “Wreck-It Ralph,” and “Zootopia” to name a few, wrote and directed “Puddles,” where a boy finds a fantastical world when he jumps through puddles of water after a rainstorm, but struggles to get his sister’s attention as she’s tied to the real-world. Through her phone.

“Jing Hua” is a short by Jerry Huynh, a general technical director at the studio who never had experience leading. His story stems from a real-life season in his life as he struggles to grieve the loss of three family members all at once. The short is his emotional reaction to that and the impact it had on his understanding of culture and family.

Animator Brian Menz dreamed up “Just A Thought,” a story told through a comic-book artistic style about falling in love in grade school. Jeff Gipson, an architect-turned-director created the first VR Disney-animated short “Cycles” through the program and which we profiled in-depth HERE.

There were many other shorts created by artists who had an unexpected joy in not only realizing their creative vision, but getting to know their colleagues and how the studio works better.

“Directing is hard, so I won’t be doing it again,” said Short Circuit director Kendra Vander Vliet who made “Downtown.” “I am grateful how the pieces all fit together, though. The people here are world-class.”

Director of “Lucky Toupee” Nikki Mull added, “we’re all artists, and artists want their art to be seen.” 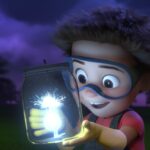 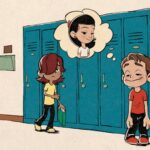 Once their shorts are complete, they are given their own premieres to be seen by all their colleagues at the studio. Their shorts were never meant to be seen outside of the studio as they were meant to be tests of talent and technology. However as they were being screened, many were quick to realize how great the shorts were. While they were tests, they were ready with all graphics, audio, and special effects that if they were shown in public, they’d look and feel complete.

So imagine what happened when the Short Circuit program participants-turned-directors were told that their shorts would debut to a global audience on Disney+!

“It’s an embarrassment of riches,” said “Lightning In A Bottle” short director Virgilio John Aquino, a character look supervisor. “I get to share this with my Filipino family and friends. That’s an opportunity I’ll forever be thankful for.”

Added program manager Nicholas Russell, “And opportunity is the name of the game. We’re giving opportunities and it feels amazing. We’re a better creativity community because of it.”

14 animated shorts as part of the Short Circuit program are now streaming on Disney+. Our special thanks to the Walt Disney Animation Studios for contributing to this story!