What is Prop Culture?

Have you ever been to a museum before?

If you have, you probably came across a piece of art or history that moved you. You probably couldn’t reason specifically why as you saw this art, but the fact is that you felt a powerful connection.

For me, I recall such a feeling just recently when I visited the Walt Disney Archives exhibit at Bowers Museum (prior to the COVID-19 lockdowns). I turned a corner and saw a large Mickey Mouse plush. It was Mickey dressed as a train engineer, and immediately, I felt connected. I loved trains growing up as a kid and having a train ride at Disneyland is what drew me to visit frequently with my dad.

But the item connected me even more to a moment I saw in a video that I had seen before of Walt Disney holding that plush on opening day of Disneyland inside one of those train engine cars he loved. It was a small video clip, but remained with me because it was real joy expressed by a man who didn’t take himself too seriously. He wanted to have fun and wanted to provide opportunities for us to share in that.

That idea of human connection spurred on through an item was something that avid Hollywood prop collector Dan Lanigan had at an early age because of the stories that object had that moved him. As he grew up into adulthood, his collection expanded with his love for the stories of these screen-used items. 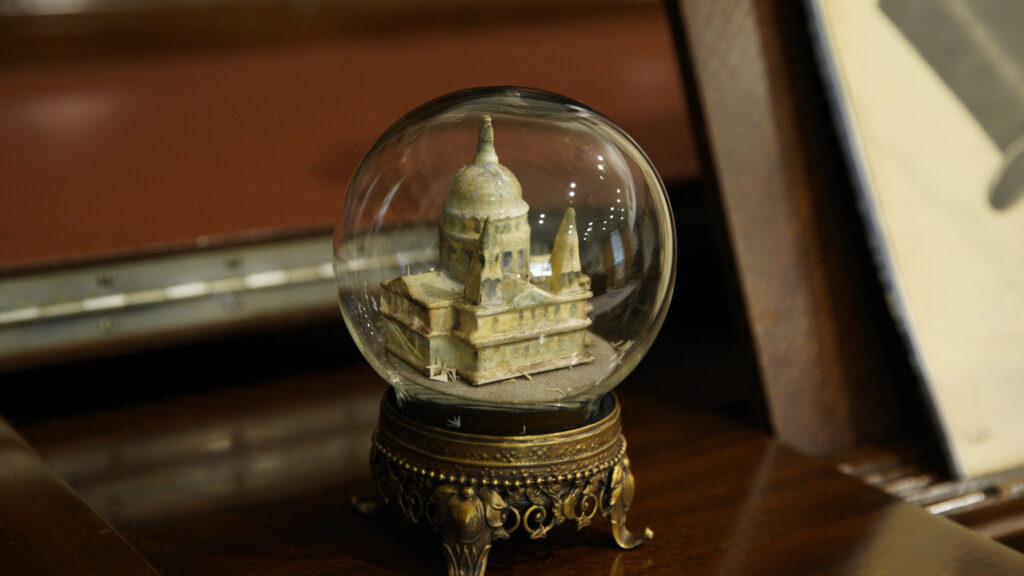 Last year, Lanigan was given the opportunity to partner with The Walt Disney Company to create a show centered around his pop culture obsession. Fittingly and lovingly, it’s called Prop Culture.

In each of the first season’s eight episodes, Lanigan becomes your host as he takes you on an adventure of showing you movie props from Disney titles like The Muppets Movie, TRON, Pirates of the Caribbean, and Mary Poppins. If you’re thinking that looking at ancient movie props for 30-minutes would make for a boring and drier version of Antique Roadshow, that’s reasonable to think.

However, that is far from the case as Prop Culture is a very fun and engaging show that benefits from having a lovable personality anchor it all with his enthusiasm and passion for something, as well as the power of The Walt Disney Company to help him connect with harder-to-find props and the people who are associated with them.

Some of the props you’ll see include the ‘Feed the Birds’ snowglobe from Mary Poppins, an original Identity Disk from TRON, and my personal favorite – Kermit’s banjo. All items seen are ‘screen-used,’ meaning that they were used in filming and can be seen in their respective movies.

“These items mean so much to me,” said Lanigan during a conference call with DisneyExaminer. “But I know that they can mean a lot to others as well,” Lanigan continued. 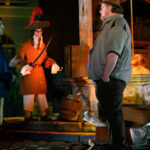 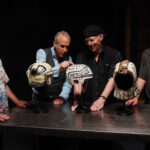 The show is entertaining as Lanigan shares props from his own collection or other more rare items that Disney allowed him to look at and bring out of the famed Walt Disney Archives (which warehouse is seen for the very first time and is apparently located near Six Flags Magic Mountain?).

What makes the show compelling is where he takes those props. In every episode, Lanigan takes those props and shares them with the people associated with them. Those people are either an artisan or craftsman who created that prop or is the actor who used or wore that prop on set. And when you watch those encounters, be sure to have some tissues handy.

In the first episode, Lanigan brings the costume that Karen Dotrice wore as a child when she played Jane Banks in “Mary Poppins.” They also met at the carousel in Griffith Park in Los Angeles, CA where Walt Disney was inspired to create Disneyland as he saw his two daughters watch them go around.

For the episode focusing on “Who Framed Roger Rabbit,” actor Christopher Llyod who played Judge Doom in the film, gets in on the fun after being reunited with his costume from the groundbreaking live-action-animated film after 30 years. “Good to see you, old pal,” he said while recounting moments on-set with Lanigan.

As I mentioned, my favorite moment in Season 1 was when Lanigan, with the help of Brian Henson (son of Jim Henson), gets paired with songwriter Paul Williams to view the actual banjo that Kermit played the first time he sang “The Rainbow Connection” in “The Muppets Movie.” Williams, who wrote the song, got emotional as much as I did describing that everything the Muppets stood for came together through those lyrics as sung by Henson himself. “It still holds up, doesn’t it?” said Williams. 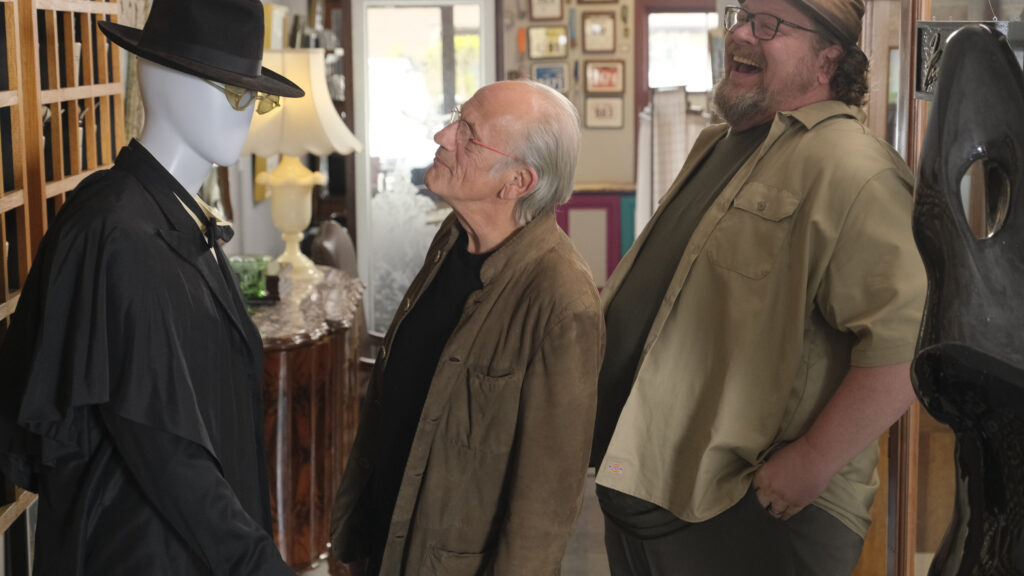 That combination of relevant filming locations, props, and the people who gave them significance is what makes this show compelling and entertaining. “Disney+ knew what I wanted to do all along in highlighting the people behind the props,” Lanigan continued. “[Props] are masterpieces of all different types of trades coming together…to make us believe what we see and enjoy films even more.”

I do hope that Lanigan gets the opportunity to do more episodes in the future, specifically with Disney+. While Lanigan does have a lot of Disney props in his massive personal collection, his partnership with Disney and the Walt Disney Archives officially did afford him the opportunity to show many more items, find talent, and film in iconic Disney locations that he wouldn’t have had access to himself.

Should that Disney+ partnership continue with ordering another season, [Disney] “Prop Culture” with Dan Lanigan will be an amazing addition to the Disney+ content offering that will appeal to movie buffs and Disney fans alike.

Our special thanks to Dan Lanigan for contributing to this story! Watch our full interview with him on our YouTube Channel.