Avengers Campus opened this past Friday at Disney California Adventure Park. It is the first ever Marvel-themed land at any Disney Park, anywhere. As the story goes, the Avengers (post-Endgame) are wanting to begin recruiting others to protect the world with them, and chose that plot of Anaheim land to open up a place to train (and entertain) those heroes-to-be.

You have some tasty themed food & beverage offerings and matching themed merchandise options to make the entire experience “complete” through a theme park offering lens.

Beyond that central mission and the monetary plugins, however, Avengers Campus is less about us and more about them – the Avengers.

And unlike Star Wars: Galaxy’s Edge, you’ll get all the Avengers, even the fallen ones.

Throughout your visit, you’ll find Iron Man aka Tony Stark hanging out around the polished Avengers HQ building. The Dora Milaje from Wakanda stop by to bring the warrior spirit out of guests. Perhaps you’ll have an encounter with Dr. Strange popping in from another Sanctum to teach more about the mystic arts.

The point is all of these Avengers are live, in-person, playing the characters in an active capacity beyond the traditional meet-and-greets. 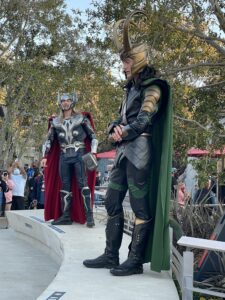 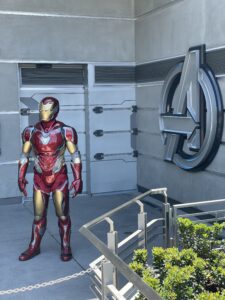 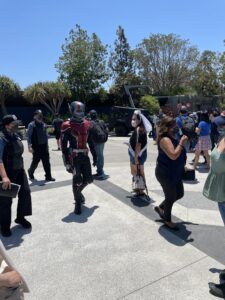 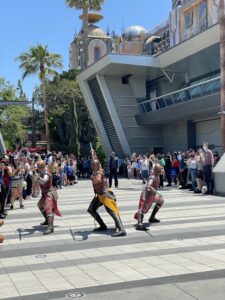 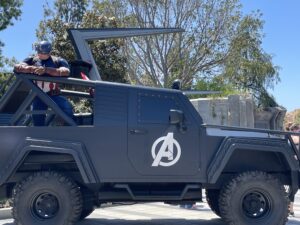 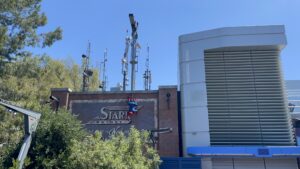 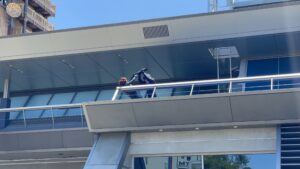 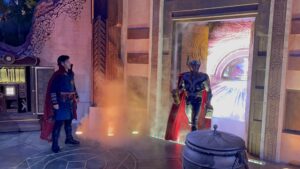 My personal favorite moments when visiting the campus is when the Avengers do things. What would be considered a stunt show is actually a story-originated fight between Black Widow and a new villain named Taskmaster we’ll meet in her new feature movie coming to theaters in a few months (#Synergy).

The most “popular” sighting of an Avengers is arguably the one featuring Spider-Man right at the land’s entrance. Using the building of his Web Slingers attraction, Mr. Parker himself greets you to the campus with some very physically demanding moves that includes a high-aerial aerobic move (thanks to an Imagineer-ed humanoid) to only then use his web to sling down and meet guests for photos and a chat.

In a themed entertainment land, your characters and what they do very much make it less of a photo backdrop and more of an experience. Throw in Marvel Studios and you have something nothing short of a fan’s dream-come-true experience that will grow and change as new movies and new characters come into view.

The unfortunate downside to all this is you’ll probably see many people watching all this amazing through the screens of their phones.

I remember people arguing with me and making every excuse as to why Disney didn’t fill Galaxy’s Edge with all the characters and shows that they originally promised they would. Meanwhile look what Avengers Campus has. TONS OF CHARACTERS AND SHOWS. AND IN A PANDEMIC. pic.twitter.com/BKAMBqDCSK

Get discounted Disneyland tickets from us directly HERE.