Spider-man: No Way Home had a lot riding on it. Not only has it been touted as a bookend film, but things like fan theories of certain cast appearances and the announcement of returning villains from past iterations of Spider-man blockbusters has only ballooned the expectations.

After now having seen this third Tom Holland-anchored Spidey film, I can say that many of those expectations will have been met.

I (and any and all critics who have seen the film already) will commit to not sharing what specifically I mean by that, I believe I can speak to the themes of the film well.

No Way Home deals in a lot of second-chance thematics. As much of the previous Spider-man films have dealt with, Peter Parker has to contend with what happens because of who he is and what he has done. Tom Holland’s Spider-man jumps off with that theme even more by addressing the events directly after having his identity revealed at the end of “Far From Home.”

This isn’t the first time that this crucial theme of hidden identity has been used in a Marvel Cinematic Universe (MCU) film before, however. Marvel Studios’ Tony Stark aka Iron Man aka Robert Downey Jr. also believed at one point that he was the cause of all the pain and suffering of his friends and family. 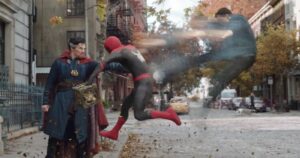 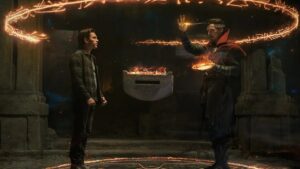 While that turned out not to be entirely true as the MCU came to a culmination with “Avengers: Endgame” and made Tony a hero, it’s pretty fitting that Spider-man in No Way Home goes through that same narrative journey that Tony did (especially given that Tom and Downey Jr. had great chemistry in the previous films).

And the previous Spider-man films coming together in this third Marvel Studios Spidey film has, at the very least, affirmed the relevancy to a newer audience. It has been nearly 10 years since we last saw a Spider-man standalone cinematic film by Marc Webb and 20 years since we first saw them by director Sam Raimi.

The trailers and character posters released by Sony don’t hide the fact that the villains from those previous films including Willem Dafoe (Green Goblin), Electro (Jaime Foxx), and Doc Ock (Alfred Molina) have all returned to give ‘Peter Parker’ some trouble. The social media reactions to them alone have only affirmed that the old is once again new – and welcomed to an audience that probably hasn’t even seen the previous Spider-man films before. 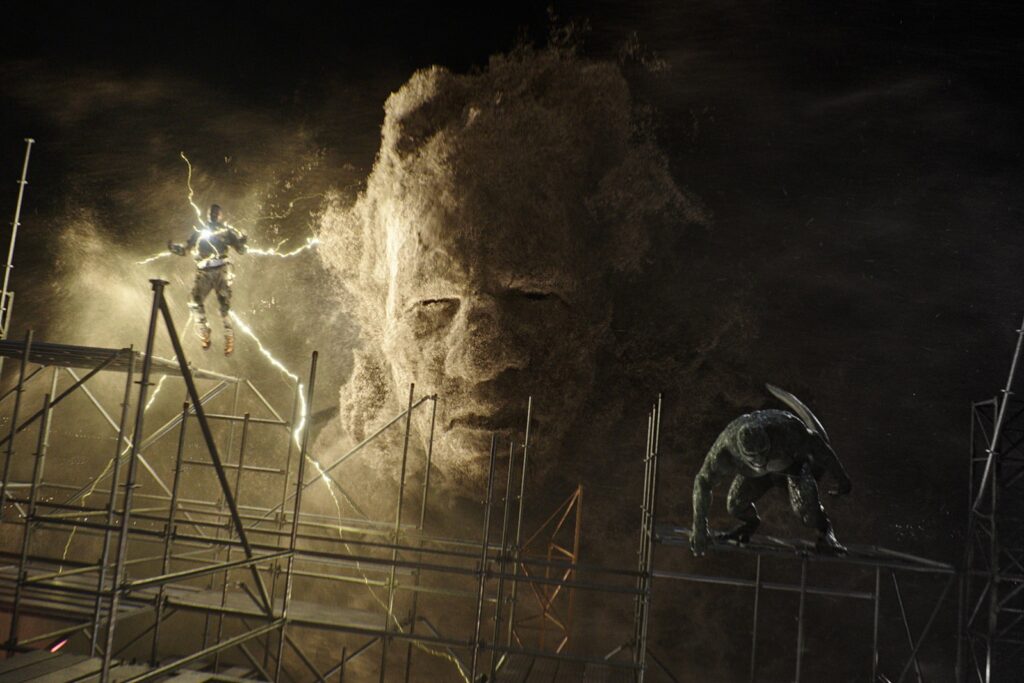 Further, the box office numbers for No Way Home were nearly that of “Avengers: Engame,” which isn’t surprising because that’s what happens when you bring in these intergenerational films together in this unique way.

At the end of watching this bookend trilogy of Marvel Studios/Sony Pictures Spidey films, you should applaud the fact that two studios came together to create something that could only happen in creative cooperation.

Because at the end of the day with Marvel Studios’ head Kevin Feige leaning heavily into the metaverse and playing around with time like we’ve seen in Endgame, subsequent TV series on Disney+, and Sony playing the metaverse card even more with the upcoming “Into the Spiderverse” animated sequels, you can bet that the MCU can and will grow into more films and series thanks to those partnerships, too.

Spider-man is here to stay.

Spider-man: No Way Home swings into theaters on December 17.

Rating: Rated PG-13 for sequences of action/violence, some language and brief suggestive comments

These films have been screened prior to the release date for review purposes and therefore are viewed without charge courtesy of Sony Pictures/Marvel Studios.