While some unidentified Pixar employees shared their negative sentiments of having “Turning Red” debut on Disney+ instead of theaters, the director and producer of the award-winning studio’s newest feature seem to understand why.

“It’s hard to extricate an answer to that question,” said producer Lindsey Collins when asked about how she and Shi personally felt about the distribution decision. “It’s like asking us how we feel about the pandemic. We wish we could have made a ‘game time’ decision regarding if we should play in theaters or not, but we just can’t. We don’t know how the pandemic will be later.”

Shi added, “With the realities of the pandemic, we re-examined our priorities and we realized the most important thing to us is to have the movie be seen safely by as many people as possible, and Disney+ seems to be the best option for that.”

Early in January, some anonymous Pixar employees (who may or may not have worked directly on the film) spoke to Insider about their negative feelings toward the Disney+ decision. The last Pixar movie to hit theaters was “Onward” in March 2020, and the sentiments seem to come at a time where other films from Disney’s studios like Marvel Studios’ “Eternals” had gotten their theatrical release.

Shi and Collins still seem to feel the same way, saying that they were making this movie with the Big Screen in mind.

She continued, “It’s a lot of mixed emotions,… but that’s why we make movies. We want people to see them, and be seen by them. And that’s more important to me personally than still the awesome prestige it is to have your movie shown in a theater.”

At the same time, Collins is resting a little easier knowing that the other Pixar films including “Soul” and “Luca” released exclusively on the Disney streaming service seemed to have done well. “People have been connecting with those movies still, so we’re resting in that.”

Stay tuned to DisneyExaminer for some behind-the-scenes stories from the filmmakers leading up to the release! 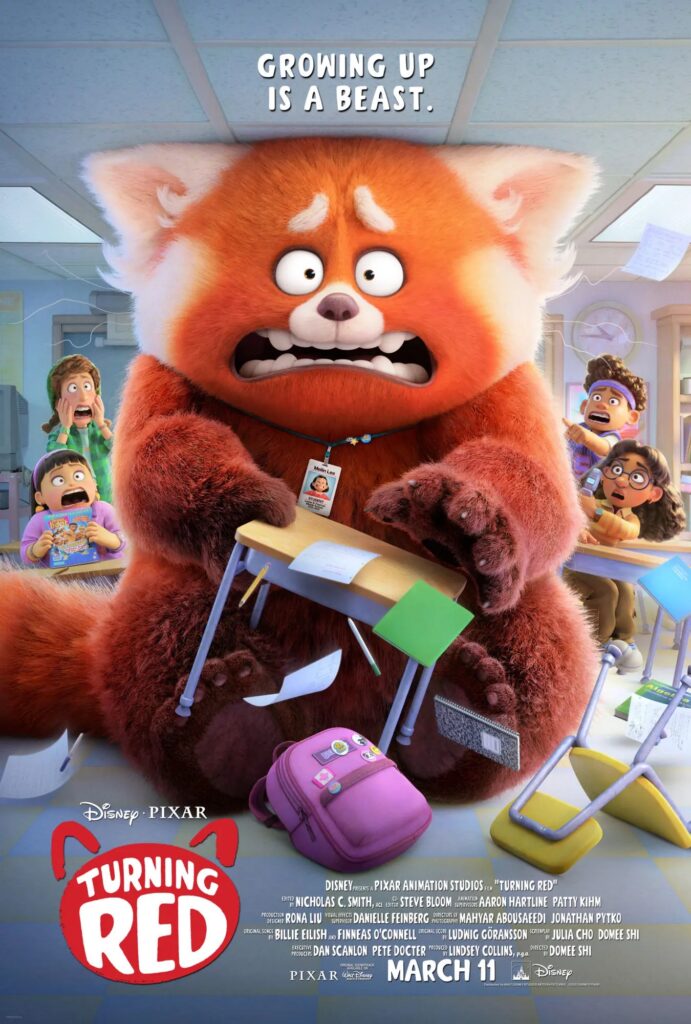