The world for generations seems to know and love Mickey Mouse, but why? A new documentary, “Mickey: The Story of a Mouse”, that debuted at SXSW hopes to give some answers or at least give a detailed history.

“Mickey is maybe a different thing depending on your point in life,” said director Jeff Malmberg to DisneyExaminer in an exclusive interview. “I have a 7 year-old daughter, and I remember taking her to Disneyland and seeing her in awe of seeing him. Is it ingrained within us [at birth]?”

In other words, why this mouse? It was that question that prompted Malmberg to begin finding some answers through cultural and historical lenses.

However unlike other Mickey Mouse documentaries that Disney or people outside of the company have made in listing historical facts, Malmberg’s documentary takes it a step further and juxtaposes the different ways Mickey, both character and icon, have found its way into a world full of different cultures and environments.

For example, the doc features multiple everyday people who give their own account of why they love Mickey, ranging from the hope he gives a cancer patient to a child sharing that he just makes them happy.

Malmberg also wanted to make sure that his film brought a “loving, but honest” portrait to the character, which meant also shedding light on the people and instances that used Mickey in more troublesome ways.

“We feel like it is important to talk about Disney’s almost vengeful copyright enforcements, Mickey Mouse having black face in early cartoons made by Walt Disney, the use of Mickey as a symbol of the counterculture movement in America… it’s all a part of his history and we needed to share all that, too.” 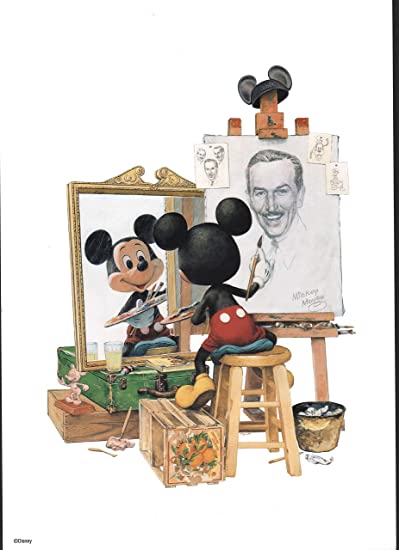 The Walt Disney Company still ended up being a participant of the film, with Malmberg saying that even with his pitch of wanting to showcase the “on-brand and off-brand Mickey,” that they also wanted to get an account of their corporate logo and their most valued character.

To that end, the documentary features many Disney-sanctioned clips including historical footage from The Walt Disney Archives and interviews including former CEO Bob Iger.

Further, the doc also doubles as a behind-the-scenes featurette showing how the Walt Disney Animation Studios is creating a brand new animated short called ‘Mickey In a Minute’ debuting on Disney+ at a later time.

Legendary Disney animators including Eric Goldberg end up making their own case for why they love Mickey through the use of hand-drawn animation “like how Walt did it,” Goldberg would say in the doc. “Because Walt is Mickey.”

“You can’t discount joy in this world,” he said. “[Mickey] is just a mouse, but he makes everyone smile. That’s powerful and strange.”

“Mickey: The Story of a Mouse” will stream exclusively on Disney+ later this year.

Special thanks to Jeff Malmberg for contributing to this story.