Marvel Studios is taking another step away from the 10+ years of the MCU that built it with “Moon Knight.” Having debuted on Disney+, it marks a departure from what Marvel has been known for, and that’s purposeful according to the show and studio’s leaders.

“Kevin Feige always had an eye for the character and comic, but just didn’t know how to integrate it into the universe that he and the teams at Marvel Studios are continuing to build,” said showrunner Grant Curtis in a virtual press conference. “With Disney+ there came the answer.”

Like the Marvel Studios’ series that have debuted on the streaming service like “WandaVision”, and “Loki,” it has allowed for new deeper stories that couldn’t be featured in a film due constraints.

Unlike its predecessors, the Moon Knight series is a jumping off point as this will be the introduction of a central character to the MCU, and that was appealing to even its stars. “There was a real opportunity to do something different in the MCU,” said Moon Knight himself, Oscar Isaac. He continued, “The internal mental struggle of my character, who just also is our superhero who comes from a background of Egyptology… can’t get any more different than that!” 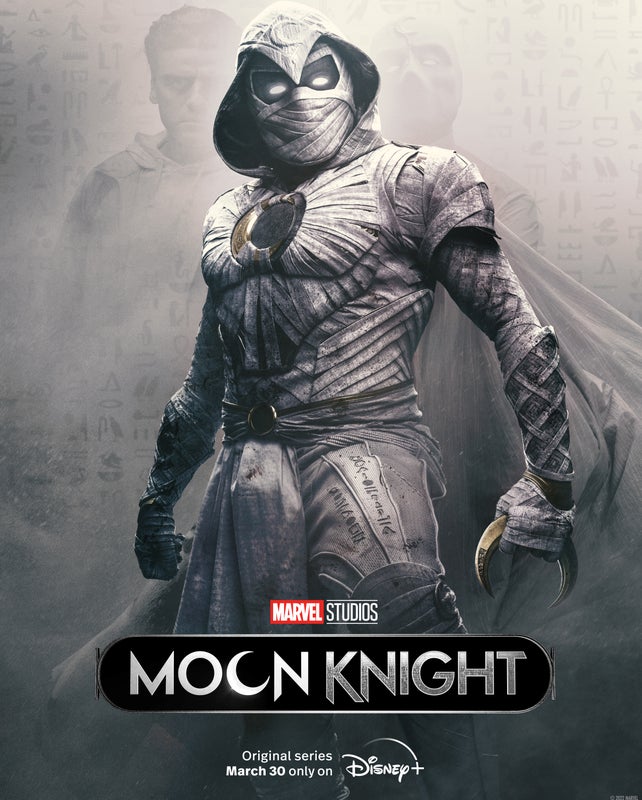 Moon Knight in the comics is actually a person with two personalities in the form of Marc Spector and Steven Grant, with the premise being that he doesn’t know which version of the same person he is. This character ‘flaw’ is actually the thing that the series plays towards to create the narrative arcs.

“Marc and Steven are different from any heroes because the thing that holds them back is the thing that’s going to save the world. And audiences get to experience the backwards realities of that, as well as the struggle of mental illness. Crazy, huh?,” said Isaac.

The antagonist in the series is played by Ethan Hawke, who echoed the sentiment, but from the other perspective. “Your antagonist can’t be crazy because we have a mentally ill hero. That’s the hardest creative task for me – to make people believe that I’m not the crazy one, because I am too!,” he said.

The other thing that makes this MCU series different is the use of Egypt and Egyptology in the storytelling. Director and producer on the series Mohamed Diab was approached by Isaac about leading the creative charge, and fell at the chance to do it because of the cultural component.

“I’m really glad that we got to see depict Egpyt as Egypt,” Diab said. “Too many projects like to use it and not honor it. We honor it.”

While the all these new elements being added to the MCU, it seems like the whole of “Moon Knight” is a piecing together of a new type of modern storytelling. “Our great modern myths are coming from Marvel,” said another “Moon Knight” director Aaron Moorhead. “This project is actually one of those things and that’s exciting. We’re excited for what’s ahead.”